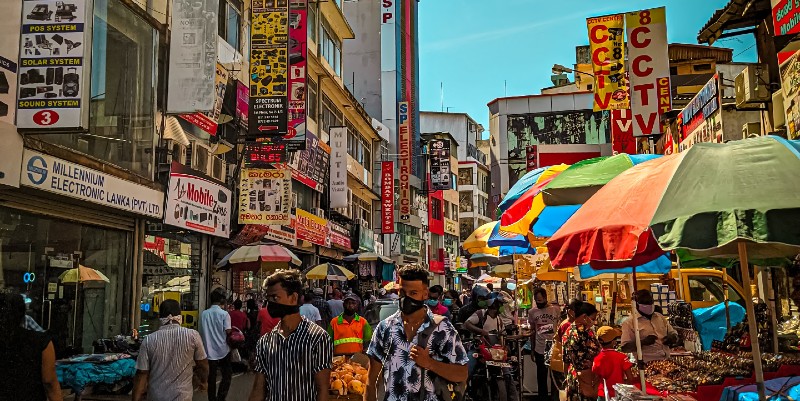 Colombo—a city of five and a half million people and the largest city by far on the island of Sri Lanka. The city is also a port and a harbour, an ancient sea trade crossing in South Asia, an integral part of what is now known as the old Maritime Silk Road, and, after 1815 (following the island being under both Portuguese and later Dutch control) to independence, a part of the British Empire and the administrative capital of Ceylon. The country’s recent history has been marked by insurrections and civil war since independence as well as the devastating tsunami of 2004. Perhaps as many as a hundred thousand people died in a quarter century of civil war that ended in 2009. So what kind of crime writing has Colombo and Sri Lanka spawned? A healthy variety, though often with a tinge of philosophical thoughtfulness on the state of the nation.

Michelle de Krester’s The Hamilton Case (2003) is a fantastic novel set in the 1930s. De Krester is an Australian writer, but was born in Sri Lanka. Set amid tea plantations, corruption and the backwash of empire, this is a world teetering on the edge of chaos featuring the somewhat eccentric Obeysekere family. Sam Obeysekere is a Ceylonese lawyer who becomes involved in the Hamilton case, a murder scandal involving an English tea planter that shakes the upper echelons of island and imperial society. The book won too many awards to list here and remains a great evocation of colonial Sri Lanka.

Colombo-born Shehan Karunatilaka’s novels also look back at Sri Lanka’s past, though its more contemporary post-colonial history. The Legend of Pradeep Mathew (2010) is perhaps not quite a crime novel though it does involve a missing person as it tells the story of an alcoholic journalist, W. G. Karunasena, whose dying quest is to track down a missing cricketer of the 1980s, bowler Pradeep Mathew. He encounters some gangsters, gamblers, a Tamil Tiger warlord some home truths about his country and a bit about cricket. The Legend of Pradeep Mathew won Sri Lanka’s prestigious annual Gratiaen Prize for the best work of literary writing in English by a resident of Sri Lanka (it was founded in 1992 by the Sri Lankan-born Canadian novelist Michael Ondaatje of The English Patient fame). Karunatilaka is also the author of the excellent Chats With the Dead (2020), which like The Legend of Pradeep Mathew is essentially a black comedy with a crime involved and written in the style of a classic whodunit. Renegade war photographer Maali Almeida has to solve his own murder.

Author Nikhil Pradhan is Indian and has dabbled in journalism, advertising and marketing. His first novel Cold Truth (2018), was set amid the underbelly of Delhi where a girl has gone missing. His second novel, Yesterday’s Ghosts (2020) started out as a manuscript set in Bangladesh but Pradhan moved the action to Sri Lanka deciding to incorporate the LTTE [the Liberation Tigers of Tamil Eelam], IPKF [Indian Peace Keeping Force] and an Intelligence unit of the Indian Army. Yesterday’s Ghosts is essentially an espionage thriller about an Indian Army intelligence unit that was disbanded. The men, now in their 60s meet to look back on what went wrong back in the civil war. Then it looks like maybe the war in Sri Lanka is about to be reignited and telling the good from the bad is difficult.

For those for a less explosive and perhaps more cozy and Golden Age way into Sri Lankan crime writing we fortunately have The Inspector de Silva Mysteries by British author Harriet Steel. Inspector de Silva is a successful character—nine books and counting. The series starts in the 1930s with Trouble in Nuala (a sleepy hill town). Through all the books Sri Lanka is a land of green rolling hills, monsoons, sweltering heat as well as murdered British aristocrats, amateur theatricals that go terribly wrong and some rather angry ghosts among other adventures. It seems likely Inspector da Silva will carry on solving crimes across Sri Lanka for some time yet.

And talking of Sri Lankan cozies there’s also Sri Lankan-born Nadishka Aloysius’s pretty new Sri Lankan Mystery Books Series. The first is The Body in the Field (2020) where Kiyama Fernando, an English teacher from Colombo, is running away from a failed marriage. She decides to hang out with her friend Vinodhini Dias in a small town. But then…a murder, Vinodhini is the prime suspect and the investigation moves from a paddy field, to a rubber plantation, a gambling den and a school as well as featuring a crafty money lender, a vociferous cook and a handsome landowner. Amateur sleuths Kiyama and Vinodhini return in Murder at the Wedding (2021) on the trail of another killer in what was supposed to be an idyllic rural retreat away from Colombo.

And finally, Michael Ondaatje’s Anil’s Ghost (2001). As noted above Ondaatje was born in Colombo of Dutch and Sinhalese ancestry. Anil’s Ghost was Ondaatje’s acclaimed fourth novel. Anil Tissera is a Sri Lankan who has moved to London and then the USA to become a forensic pathologist. She returns to Sri Lanka to work for the United Nations in the bloody fratricidal civil war. Along with an archaeologist she discovers a skeleton in an ancient burial ground but suspects a more recent politically motivated murder. The book is about their quest and investigation to discover the identity of the dead body and the reason why they were killed. But, as mentioned at the start, much Sri Lankan crime writing, and crime writing about Sri Lanka, seems also to be about the state of the nation, its recent past and historical ghosts too. Anil’s Ghost is a great example of this duality—both a mystery to be solved, but also a quest to bring justice for the many, many nameless victims of Sri Lanka’s civil war. 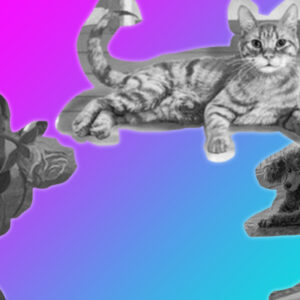 Pick up a copy of any book in my Cajun Country Mystery series and you’ll see a basset hound on the cover—sometimes crafty,...
© LitHub
Back to top