In a city of the displaced, searching for crime fiction is an act of excavation.

Nairobi, shamba la mawe—Nairobi, the stone garden—is a pithy formulation intimating the city as a place of pleasures and perils. Its colonial founders declared it their Eden, the garden where they found easy nurture, living close to nature. They christened it the Green City in the Sun. It was this allure that, centuries earlier, drew Maasai herdsmen to the space that they knew as Enkare Nyrobi—the place of cool waters. They found enough water and pasture for their animals. 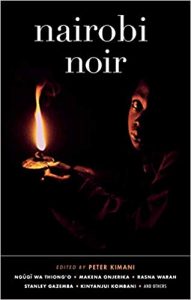 Over the past one hundred years, Nairobi has evolved from a supply depot for railway workers to the largest metropolis in East and Central Africa, with an estimated five million residents. This has come with a unique set of challenges: water is always in short supply, power blackouts are rife, and traffic jams are so bad, even lions come out of the wilds to marvel at the snarl-ups! This is no exaggeration; Nairobi is the only city with a game park, and the kings of the wild occasionally stray on major city highways to kill boredom . . . as do pastoralists who insist the city occupies their grazing fields. A place of hunters and herders is a good way of thinking about it.

The Maasai were not the only community displaced to make room for what became the White Highlands, the centerpiece of the colonial agri-based economy. Other communities were similarly dislodged from their ancestral lands in central and eastern regions of the colony, where they had been converted from self-sustaining herders and hunters into rent- and tax-paying subjects of the Crown. This precipitated an exodus of villagers into the new, segregated city where suffrage, labor, and residence were assigned according to racial hierarchy: whites, Indians, Arabs, and Africans, in that order.

Nairobi remains one of the most unequal cities in the world. The western part of the city boasts a United Nations headquarters—the only one located in the so-called developing world—with heated pools and other trappings of comfort. On the other side of town, in the Kibera slums, hundreds of thousands are hemmed into a few hectares of earth, without running water or electricity, so dwellers have invented “flying toilets.” Nothing lofty, really, just a mound of shit wrapped in polythene and hurled to the farthest reach of the arm. And in keeping with the spirit of the city, which means finding lucre even in the most propitious of circumstances, slum tourism has become quite popular in Kibera.

The journey toward a just, multiracial, multiethnic society, as you, dear readers, will attest from this collection, remains on course, the most abiding evidence being the seamless, if unintentional, infusion of Sheng throughout many stories in this collection. This hybrid Kenyan patois, fusing Swahili with other indigenous languages, was the by-product of the quest by youngsters in Nairobi’s Eastlands area to communicate without their parents—with whom they shared very modest dwellings—getting in the way.

By incorporating words and expressions from other Kenyan languages, the youngsters were making a salient proposition: out of the old, they would create something new; out of the many languages, they would make one collective whole, and claim it as their own. It is this principle that Nairobi Noir affirms; from the chaos that marked its origins, a thriving city has emerged.

Today, huge swathes of the city resemble a construction site. As I went to work, soliciting and editing contributions from writers within Kenya and beyond, diggers were revving to tear down old estates in the Eastlands, which are no longer able to contain the ballooning population. More affluent suburbs, such as Westlands, were also in the process of reconfiguration from residential to office blocks. Other estates, such as Kileleshwa, once a leafy suburb, were being remodeled to accommodate large apartment blocks that ensure neither the sun nor the green are visible to its dwellers, calling to mind Bob Marley’s “Concrete Jungle”:

No sun will shine in my day today

The high yellow moon won’t come out to play

I say darkness has covered my light

In that sense, Nairobi Noir is an act of excavation, rediscovering the city’s ossified past and infusing life to preserve it for future generations. It is also an act of celebration, reminding readers of the brilliance of the best-known writers to emerge from this part of the world, and heralding the birth of new writers whose gifts, we can safely predict, will shine brightly in the years ahead.

The oldest writer in this anthology is eighty-one, the youngest is only twenty-four; if there is any inference one can draw from this demographic it is that this anthology offers an entire spectrum of Kenyan writing: the past, present, and future. If we can allow one extravagant claim, a collection of this nature is unprecedented in Kenya’s literary history.

Although the range of issues explored in this volume is as diverse as its contributors, it all gestures toward a common theme. In this concrete jungle, the hunters and herders live on. As do the hunted . . .

The wealth of Nairobi, no doubt, is its people. One visual that defines that wealth is the muscled men who sit out in the sun, bare-chested, at Gikomba market, knocking scraps of iron into shape. By nightfall, the hunk of iron is miraculously hewn into bright-blue tin boxes, sturdy jikos that make the tastiest nyama choma in the world, among other innovations.

That’s the Gikomba of my childhood, though it hasn’t changed much. The well-built men still sit out in the sun—Jua Kali, scorching sun, is also the name of the market—but I suspect it’s the sons who have replaced their fathers. And the rhythmic gong goes on uninterrupted, pulsating with life to power the city, and by extension, the nation’s economy.

Such analysis proffers an interesting paradox: the minions toil under a scorching sun all their lives, putting extraordinary efforts to earn their day-to-day, ordinary living; those in the “leafy suburbs” burrow in a labyrinth of concrete, where the sun never shines.

How do we account for this phenomenon? And how have the conditions of the workers remained unchanged, despite the passage of time? The answer, perhaps, lies in these pages. The opening story is set in Eastleigh, once a bustling middle-
class suburb inhabited by Arabs and Asians in the city’s segregated past. In recent decades, these demographics have been largely replaced by ethnic Somalis, earning Eastleigh the moniker of “Little Mogadishu,” following an influx of refugees from Somalia’s conflagration. At the heart of this story is a quest for belonging: the pain of homelessness and the angst of being a constant target of bribe-taking, gun-toting policemen.

The last story in the collection is set in Mukuru kwa Njenga, to the east of the city, where more policemen are on the beat with one solid idea on their minds: how to make an extra coin—by any means. The persistent police presence in these stories highlights Nairobi’s noir character: law and order, crime and punishment, in a province regulated by complex characters who create problems for law enforcement. And policemen who are complicit in violating the law.

The stories in between course through the city, excavating refreshing perspectives on race, caste, culture, politics, religion, and crime, among other themes, in ways that will surprise the reader, just like they surprised me. The Green City in the Sun may have turned into a concrete jungle, but it is still enchanting. And the spirit of its forebears, the hunters and the herders and the hunted, still lives on . . .

PETER KIMANI is a leading Kenyan journalist and the author of, most recently, Dance of the Jakaranda, a New York Times Notable Book of the Year. The novel was nominated for the Hurston/Wright Legacy Award in the US and long-listed for the inaugural Big Book Awards in the UK. He has taught at Amherst College and the University of Houston and is presently based at Aga Khan University’s Graduate School of Media and Communications in Nairobi. Nairobi Noir is his latest work. 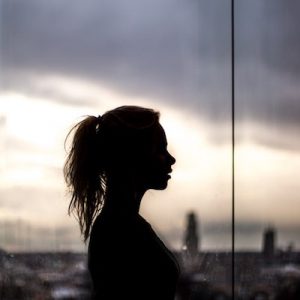 There is something telling about the fact that I nearly missed this book (it was published last May). I’m tempted to make...
© LitHub
Back to top