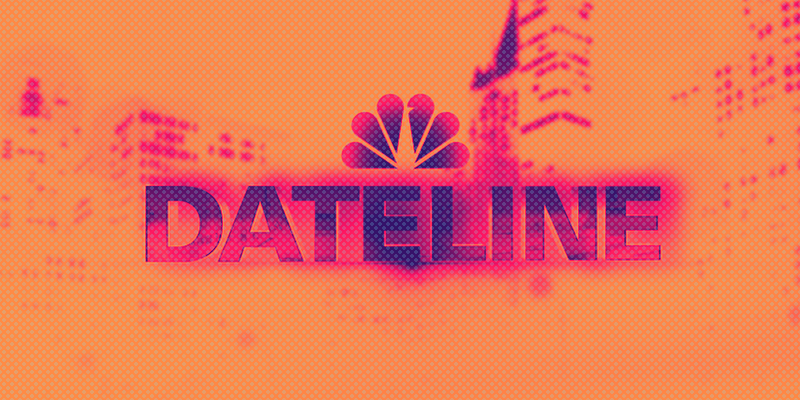 Our appetite for crime shows, and their loosely fictionalized cousins, only continues to grow...

It’s Friday Night. The end of a long week and my wife and I are sitting out on the deck having just finished a nice dinner, drinks in hand, enjoying the kind of sunset only Summer can bring. She gently leans over and grabs my hand. I look into her eyes. She looks into mine. She smiles and leans closer.

“Hurry up and finish that drink,” she says. “Dateline starts in five minutes.”

True crime shows have always been a staple of prime time television, and over the past few years, with the ever-expanding reach of Netflix, HULU, Amazon Prime Video, and other streaming services, the rebirth and growth of the True Crime Drama has become part of our societal fabric as well. We binge-watch these shows and our social media accounts become the water coolers of the 21st century. Our appetite for these programs is voracious. We can’t get enough. Perhaps it’s the mystery that intrigues us. Or the fact that we’re watching a plot unfold that’s similar to a book or movie we love, only this is real. The reality adds a layer of suspense, and the suspense is what keeps us coming back for more. What started as a Friday or Saturday night fill-in slot for the networks has become a mainstream genre that I, admittedly, never saw coming, but am so thankful it has. Date night watching Dateline is something I look forward to every week.

As a fiction writer of thrillers and police procedurals, these true crime shows are more than just entertainment for me. These shows give me the opportunity to peek behind the curtain of an investigation and hear directly from the people involved, whether it be the detectives, forensic specialists, the attorneys, or the victims, I can see what they saw and hear the harrowing tale coming from their own lips. That’s extremely important for me and helps me add the authenticity I need to draw a reader into my story and allow them to forget they’re reading fiction. It’s not uncommon for fans of true crime to also be fans of police procedurals, mysteries, and suspense thrillers, so it’s important for the author to maintain a level of realism in their work. If you can make a true crime fan blur the line between what’s real and what isn’t, that’s a huge win.

In this article I would like to highlight a few of my favorite true crime shows and explain how they’ve either helped me in my writing/research or how they’ve influenced a story that I’ve written. I also want to touch on two true crime dramas that have recently influenced two of my books. Although not as authentic as a true crime show in the investigative journalism genre, true crime dramas offer a slightly fictionalized aspect of a real crime and have shed light on important topics through detailed reenactments. This is an important genre and the response from fans have confirmed that.

As noted in the opening paragraph of this piece, Dateline is a staple in the Farrell house on a Friday night. Dateline first premiered in 1992 and has been a leader in the newsmagazine genre since its inception. They provide in-depth news stories and investigative journalism involving crimes that involve everything from murder to kidnapping to domestic violence to missing persons and everything in between. I will often watch this show and pick up little pieces of how the police investigate different types of cases. Sometimes just watching the procedures unfold will help in building a world in my fiction that is as authentic as possible. Dateline also does a great job of interviewing the victims or families on the other side of the investigation, which then allows me to see their perspective and create characters with real emotions in real situations. Aside from the entertainment value that has kept them on our televisions for almost thirty years, the information the show provides helps me build my stories in the most realistic fashion I can.

I recently discovered Forensic Files and apparently am late to the party. This show ran from 1996 to 2011, but I came across it for the first time through Netflix last year. Regardless of how our investigative technology has advanced past some of these earlier episodes, the reenactments of how a crime scene tech works a crime scene and then brings those pieces of the puzzle back for examination and recreation are priceless to me. It’s so easy to fall into the easy-fix fingerprint or DNA trap in fiction, and this show has given me more alternatives to ways forensic scientists can uncover a clue that can lead to the full story of what happened. Sometimes what they find can lead directly to the murderer. This show gives me the opportunity to see inside the lab so I can keep my readers guessing and offer the most realistic investigative experience as possible.

Unsolved Mysteries ran from 1987 to 2010 and has recently enjoyed a reboot on Netflix. You might think this is a strange show for an author, who relies so heavily on learning the most realistic techniques in policing and investigations, to have this show be an influence, but the fact is, this show helps me with the thriller aspect of my police investigations. Unsolved Mysteries is masterful at building suspense and mystery around their stories, and I’ve often watched their episodes sitting on the edge of my seat. The mystery itself has, on occasion, planted seeds for stories I’ve written over the years, and the fact that they remain unsolved allows my imagination to wonder how I would conclude the tale. As a writer, this show taught me how to push the story forward by building suspense along the way. Keeping my readers turning the pages is always my Number One priority.

When They See Us

When They See Us is an emotional recounting of what happened to the Exonerated Five when five kids were wrongfully convicted of the raping and beating a jogger in Central Park in 1989. I actually have a classmate who was wrongfully convicted of murder in 1991 and was exonerated, and the book I just finished deals with wrongful conviction. What this crime drama showed me was the lengths in which some authorities will go to to get a confession or conviction, and if I hadn’t seen this drama myself, I wouldn’t have been able to offer the kind of emotion needed in my scenes to make the story as authentic as possible. Hearing the story from my classmate, in conjunction to seeing something like what he went through dramatized in When They See Us, was the combination I needed to make the scenes in my novel come to life.

The Menendez Murders aired in 2017 and was about two brothers, Lyle and Erik Menendez, who shot their parents in the living room of their Beverly Hills home and tried to cover it up as a break-in. While writing my novel, Tell Me The Truth (June 2021), I had to cover a few scenes in the interrogation room where the investigators are working to find out what really happened to a murder victim, while at the same time, the DA needs sufficient evidence to bring charges. This conflict, and the drama behind it, was influenced by what Leslie Abramson (portrayed by Edie Falco) went through when trying to find all the layers within the Menendez investigation while also trying to parse fact from fiction. This little cat and mouse between my suspect and my investigators was influenced by Leslie’s cat and mouse with the Menendez brothers. I’d read about the case in the past, but seeing it dramatized really showed me how I could use the back and forth to add suspense to my story as well as the authenticity I’m always striving for. 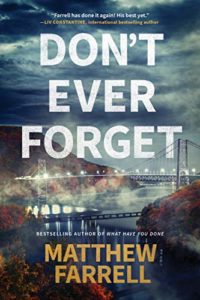 Matthew Farrell lives just outside of New York City in the Hudson Valley with his wife and two daughters. Get caught up on the progress of his next thriller along with his general musings by following him on Twitter @mfarrellwriter or liking his page on Facebook: www.facebook.com/mfarrellwriter2. His new novel is Don't Ever Forget. 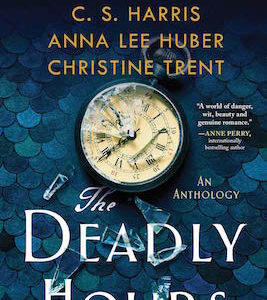 “A fearful eye thou hast… So foul a sky clears not without a storm.” —Shakespeare, King John: act 4, scene...
© LitHub
Back to top