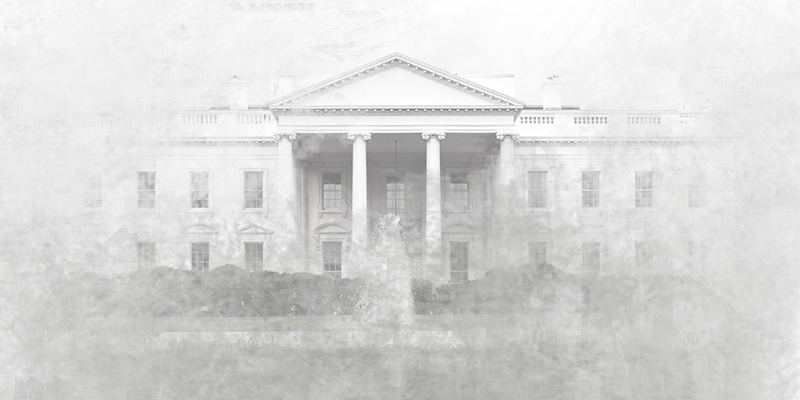 The White House is the most pliant of American symbols, an unresolved piece of myth-making that defies attempts to make it stick to conventionally heroic storylines. The “people’s house”? It’s been a long time since you could walk up and knock at the door, and the ever-expanding perimeter fences as well as current resident’s tear gassing of citizenry in a nearby square leaves the people decidedly on the outside. The home of freedom? A structure built by slave labor? Don’t think so.

The best way to understand the White House is as a haunted house. By way of its paranormal history, its intense psychological pressures, and as a home that its residents are barred by tradition from leaving, the official residence belongs to the horror genre far more comfortably than inspiring emblem.

The facts of history make it clear that the place is lousy with ghouls. Multiple First Family members have noted strange and unexplained goings-on in their temporary abode. Truman wrote of hearing banging and scratches at his office door as he authorized the final development and deployment of the atom bomb. President Taft forbade mention of the spectre of a terrifying small boy who ran around the halls and was referred to as The Thing. Mary (and possibly also Abe) Lincoln conducted séances in its rooms. Reagan based a number of his most significant decisions on the counsel of a spiritualist.

Looking back through the presidential photo albums, few if any First Families have ever appeared truly at home in the mansion. Who could blame them? It’s a structure surrounded by cameras yet deeply private; part office, part prison. But it’s not just the discomfort of living in a whitewashed fish bowl that makes 1600 Pennsylvania Avenue a place of fear. The portraits on the walls (with whom Nixon carried on drunken conversations), the antique fireplaces (coming from which Jenna Bush repeatedly heard strange voices and piano music)—every feature of the place is stained by the past. And if, as observers of the paranormal point out, the most haunted places are where traumatic events (or consequential decisions) have occurred, the stains of the White House are especially bloody.

My own interest in how living in the presidential mansion is at once public and isolating resulted from research into the now forgotten one-term administration of Franklin Pierce and his First Lady, Jane (1853-57). Emotionally fragile and physically beset by a variety of ailments, Jane loathed Washington and resisted her husband’s national ambitions. After his broken promise to her that he would retreat from the political fray, he won the Democratic nomination and the following election in a landslide.

To make matters more gothic, mere weeks before the inauguration, the Pierces were passengers on a train that derailed, a bizarre accident that resulted in a single fatality, that of their beloved and only living son, Bennie. Broken by grief and refusing the social obligations that her office demanded, Jane moved into the White House and took to her room on the second floor, spending her time writing letters to Bennie, pleading with the boy to return to her from the beyond. And according to her letters, he did.

Shirley Jackson’s insane Hill House, the suspiciously cheap Colonial of Amityville, the Escher-like distortions of House of Leaves—there are any number of troubling particulars writers bring to the haunted house genre, but the obligation they must all meet is the answering of two questions. What do the people moving in bring with them, emotionally or historically or secretly? Once they become afflicted by the supernatural, why can’t they (or why do they refuse to) leave?

every haunted house works to incrementally lay bare the living who enter it, exposing their hidden fears, crimes, desires. The ghosts frighten. But more importantly, they reveal.

To the first question, every haunted house works to incrementally lay bare the living who enter it, exposing their hidden fears, crimes, desires. The ghosts frighten. But more importantly, they reveal.

To the second question, the need to stay in the bedevilled house tends to come as a result of the revelations of what brought the characters there in the first place. In other words, they enter the haunted place with a problem within them in order to encounter it as a problem outside them. Haunted houses transmute psychologies into phantoms, makes them visible and realized and therefore, possibly, resolvable.

It’s a situation that becomes complicated, however, if the resident of the haunted house is a sociopath.

Without venturing into armchair diagnostics, it’s fair to say that there is ample evidence of Donald Trump being a man being possessed of sub-average empathy. According to the multiple memoirs and accounts of those who have grown-up, lived or worked with him, he is a creature of acute self-interest, mostly if not totally insensitive to the consequences of his actions on others. Setting aside the damage that such a personality creates when put in a position of enormous responsibility, having a character like Trump in a haunted house story turns the normal structure of the sub-genre inside out.

The failings and apparent mental disintegration of the current resident-in-chief can be seen as a man revealed for what he is by the horrors of the house—horrors that are ultimately the result of the protagonist’s own provocations. If the haunted house narrative is one in which living souls enter a space where they are visited by ghosts or demons that shed a stark light on their weaknesses, what happens to someone who is blind to his own inadequacies? What kind of horror story is it when the main character is incapable of experiencing horror?

For President Donald Trump, the spectre of the White House isn’t a judging predecessor or scratching imp at the bedroom door, but the amplified externalization of his moral absence. Unlike other presidents who were haunted by regret or doubt—the afflictions of conscience—the 45th doesn’t see the dead because he lacks the self-reflection required to summon them into being. In the current take on the White House haunted house story, the ones experiencing the horror are the millions off-stage, the people in the country outside its gates who not only can see but must live with the vacant shadow of the resident within. 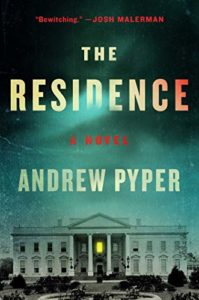 Andrew Pyper is the author of multiple novels, including The Demonologist, The Damned and, most recently, The Residence, a supernatural thriller set in the White House and based on true events.

Your Guide to What's Streaming in September: Crime Edition 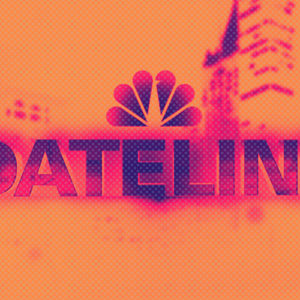 It’s Friday Night. The end of a long week and my wife and I are sitting out on the deck having just finished a nice dinner,...
© LitHub
Back to top