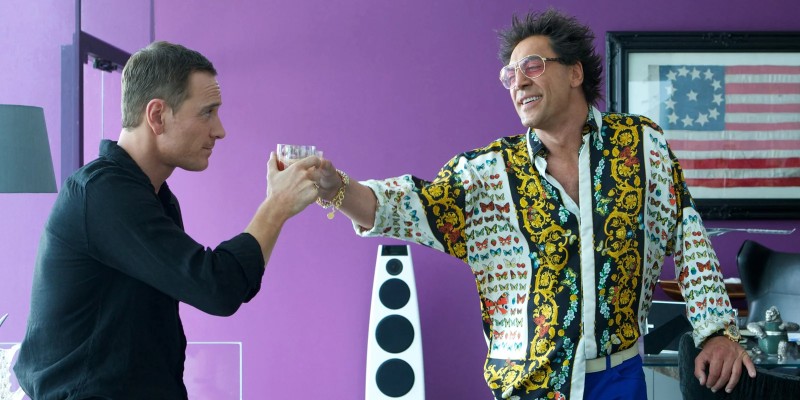 The 2013 noir was a mostly derided flop. But what if it's actually one of McCarthy's more brilliant works?

Like many of the best noirs, Cormac McCarthy’s “No Country for Old Men” is all about doom. Deep in the Texas desert, Vietnam veteran Llewelyn Moss stumbles upon the aftermath of a cartel shootout and decides to take the money he finds there—which puts him firmly in the sights of the unstoppable Anton Chigurh, a boltgun-wielding psychopath who’s tasked with finding the cash.

The film adaptation of “No Country for Old Men,” written and directed by Joel and Ethan Coen, is a masterclass in tension. As played by Josh Brolin, Llewelyn comes across as steely and capable—much more so than the various cops, assassins, and cartel members who end up splattered by Chigurh (Javier Bardem, rocking an absurdly creepy haircut) in his pursuit of the stolen money. The film was a box-office hit that won four Academy Awards, including adapted screenplay.

Given that success, you can imagine studio executives salivating when, a few years later, McCarthy announced he’d written an original screenplay, titled “The Counselor,” about another Texas drug deal gone horribly wrong. Ridley Scott, after signing on to direct, assembled a roster of acting talent that included Michael Fassbender as the titular lawyer, Penelope Cruz, Cameron Diaz, Javier Bardem (although not as the villain this time around), and Brad Pitt.

But something funny happened on the way to what those studio executives probably thought would be outsized ticket sales and a couple armfuls of awards: “The Counselor” tanked with audiences, irritated some prominent critics (“A bleak waste,” opined the Los Angeles Times’ Kenneth Turan), failed to land many nominations, and quickly disappeared.

What happened? The talent and star-power were certainly there. The plot has all the hallmarks of a high-octane crime thriller: lawyer makes a one-time cocaine deal, but the drugs are stolen in transit and a Mexican cartel is very, very angry about it. Lots of folks die in absurdly bloody ways, including decapitation by a scary little device nicknamed the “bolito.”

Despite those plot points, “The Counselor” is meditatively paced and extremely talky, with characters pausing to give long speeches full of pathos and philosophical digressions. As a cartel leader (referred to as “Jefe”) tells the Counselor near the end:

“I would urge you to see the truth of your situation, Counselor. That is my advice. It is not for me to say what you should have done. Or not done. I only know that the world in which you seek to undo your mistakes is not the world in which they were made. You are at a cross in the road and here you think to choose. But here there is no choosing. There is only accepting. The choosing was done long ago.”

Not exactly the typical speech given by a cinematic drug lord, especially with its allusions to Spanish poet Antonio Machado. You can almost hear one of those hypothetical film executives, ensconced in their everything-glass office above L.A.’s Avenue of the Stars, yelling into the phone at some hapless assistant: I thought we were getting an action thriller, not a philosophy lesson! And almost everybody dies in it!

The printed version of the screenplay also reads very much like a McCarthy novel, down to the lack of apostrophes and a minimum of commas (“The kid rakes an object from under the paper into his helmet and puts down the paper and stands and puts the helmet under his arm…”). It’s the work of a master storyteller who doesn’t seem to care too much about screenwriting traditions, starting with the fact that the Counselor, despite being the ostensible protagonist, doesn’t do much to advance the story or even stop his fate; from nearly the first frame, he’s a borderline-passive victim, although it takes him until the movie’s end to realize that bitter fact.

Contrast that with Llewelyn in “No Country for Old Men,” who displays some true ingenuity (and aiming skills) in trying to avoid his inevitable doom. Joel and Ethan Coen follow the plot beats of McCarthy’s novel closely, but the adaptation is all about stripped-down speed, even when Chigurh pauses to rumble a few terrifying bon mots about fate and lucky quarters:

Yet “The Counselor” and “No Country for Old Men” do share one core similarity, often overlooked: The presence of a total psychopath who, in McCarthy’s worldview, might represent humanity once you strip away all niceties such as morality.

From the beginning of his career, McCarthy has explored how humans are the product of a merciless universe. In “Blood Meridian,” arguably his masterpiece, the central character of the Judge is viewed by his compatriots (ruffians and scalp-takers stalking the 19th century American West) as an almost supernatural presence—a brilliant and bloodthirsty giant, unstoppable and possibly immortal, beholden to no morality or philosophy except war for its own sake.

Anton Chigurh is, in many ways, the Judge’s philosophical descendent. He doesn’t care about human law or pieties. In Chigurh’s view, the universe is deterministic and merciless, its outcomes based only on pure chance—which is why he plays with potential victims by allowing them to bet their life on a coin toss.

Chigurh would immediately recognize Malkina (Cameron Diaz), the woman who ends up orchestrating everyone’s destruction in “The Counselor,” as a fellow traveler. Having manipulated, murdered or otherwise wrecked all of the film’s other principal characters, Malkina sits down to a luxurious dinner and tells her companion (per the original screenplay; in the film, this speech is shorter and slightly different):

“The hunter has a purity of heart that exists nowhere else. I think he is not defined so much by what he has come to be as by all that he has escaped being. You can make no distinction between what he is and what he does. And what he does is kill. We of course are another matter. I suspect that we are ill-formed for the path we have chosen. Ill-formed and ill-prepared. We would like to draw a veil over all that blood and terror.”

But make no mistake about it: Throughout “The Counselor,” Malkina has been very prepared to hunt and kill in the course of securing her fortune and comfort. It’s the Counselor, along with his fiancé and friends, who are too bound up in their greed, ego, and naiveté to fully recognize McCarthy’s universe for what it is: pitiless and ice-cold. Malkina, like Chigurh and the Judge before her, isn’t concerned with “good” or “evil”—such concepts matter even less than the people she wipes out.

It’s easy for some McCarthy fans to dismiss “The Counselor” as an interesting misfire between novels, a dalliance into screenwriting between the apocalyptic triumph of “The Road” and whatever is (hopefully) coming next. But it’s also clear that McCarthy used that screenplay, as unconventional as it is, to deepen some themes he’s explored throughout his life. Llewelyn Moss and the Counselor both thought their ill-gotten cash would buy them a better existence—only to find themselves crushed by forces they don’t begin to fully understand. 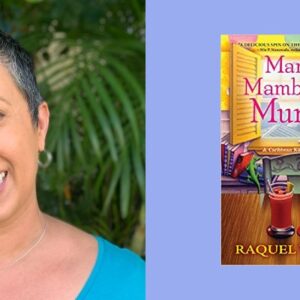 In Mango, Mambo, and Murder, Cuban-American food anthropologist Miriam Quiñones-Smith turns amateur sleuth when the socialite...
© LitHub
Back to top