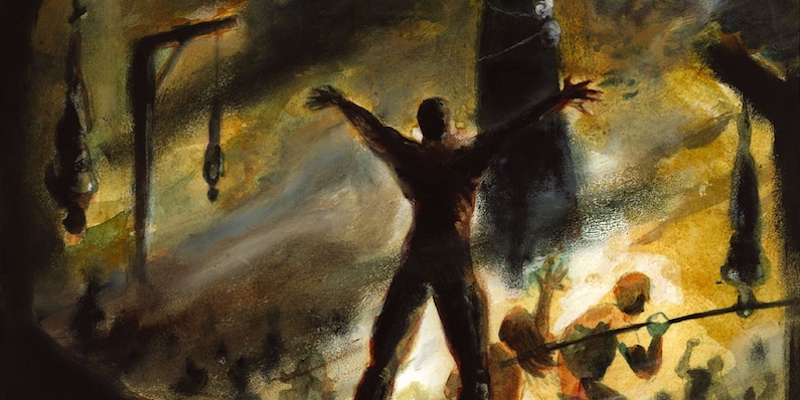 In Lovecraft and his many imitators, we find the answers to the deepest of life's mysteries...

In the late 1990s and early 2000s—when listicles first became all the rage—music magazines discovered they could goose sales by publishing controversial rock-rankings that would leave fans debating with one another for weeks. Lists like “The 50 Greatest Metal Guitarists” or “The 100 Greatest Rock Songs Ever” began to pop up in every other issue. But during this period of list-mania, perhaps no single ranking was more controversial than SPIN magazine’s decision to place The Ramones at #2 on their list of “The 50 Greatest Bands of All Time.”

The Ramones were a great band, no question. Top 20, definitely. Top 10, probably. Top five, you could certainly make the case.

When the rankings were released, a friend tried explaining SPIN’s reasoning to me this way. . . “There’s no such thing as ‘punk rock,’” he told me. “That’s what SPIN is saying. There’s no ‘punk rock.’ There’s just ‘bands that are trying to sound like the Ramones.’ That’s why they’re #2. They’re that influential.”

Could it be, I wondered? An entire genre—all of it, at one level or another—simply an imitation of the same four guys from Queens?

I tell this story about SPIN because I am acutely aware that when I talk about “cosmic horror,” I may be talking about something that does not exist. There may be no cosmic horror. There may, instead, only be writers who are imitating the great American horror author H.P. Lovecraft.

There may be no cosmic horror. There may, instead, only be writers who are imitating the great American horror author H.P. Lovecraft.

Famously reckoned by Stephen King as “the twentieth century’s greatest practitioner of the classic horror tale,” Lovecraft (1890-1937) was an awkward shut-in who had little commercial or critical success during his lifetime. Nonetheless, his stories—and their jarring worlds of unnamable horror penetrating into ours from other dimensions—took on an afterlife of their own, and have now found their way into nearly every corner of popular culture.

My initial encounter with Lovecraft—as a youngster just beginning to explore creative writing—left me gobsmacked for two reasons. The first was how effective his tales were; I could see that I was plainly in the presence of a master. The other was because I was aware that these stories—on some level—broke the rules.

But what rules? Here, I was less certain. I was still learning about fiction writing—and the rules that governed it—but even as a youngster, it was reasonably clear to me that when it came to a story’s main character, you were supposed to. . . like them. At least a little bit.

Almost all of Lovecraft’s stories are written in the first person. And that person—those people who are telling you what happened—are, usually, assholes.

They are stuck-up. They are boring. They are desperately afraid of everything foreign and unknown (which absolutely manifests as racial bigotry and xenophobia—a deeply troubling fact which I, and most Lovecraft fans, have been struggling to deal with for decades). They are utterly uninterested in sex.

These stories were compelling even though I didn’t care about the characters. So, what was happening?

The answer—I eventually decided—was that Lovecraft’s unlikable, stuffy, racist neuters have a way of stumbling onto things that hint at some of the most dramatic and gripping revelations one could bring to light.

Namely, Lovecraft’s protagonists tend to encounter clues that point to the fact that humans—their hopes and dreams, their institutions and religions, and most certainly their accomplishments—don’t, for lack of a better word, matter. That the universe doesn’t give a damn what we do, and that our opinion of ourselves is a case of vast overestimation.

Crime fiction is full of stories in which a detective seeks to solve one mystery, but his or her digging unintentionally unearths other, deeper, more disturbing secrets. So it is with Lovecraft. . . just to the nth degree.

In arguably his best-known work—“At the Mountains of Madness”—a stilted geologist recounts the tale of an expedition to the South Pole that initially seeks to solve rather banal scientific mysteries, but unexpectedly unearths evidence of strange prehistoric life forms. And that’s not all. These life forms are discovered to be more technologically advanced than humans, and to have constructed vast cities that dwarf any ever built by man. And most disturbingly of all, it is revealed that these life forms may have created all other biological life on earth—including humans—accidentally, as a kind of by-product of their experiments.

Though most of the scientific expedition has been killed by the end of “ATMOM”, it is not the loss of so many STEM PhDs that gives the tale its magnificently malign aspect. It is instead the knowledge—which horrifies the protagonist and reader alike—that humans have gotten the questions “What are we?” and “Where did we come from?” entirely wrong.

In my newest novel—Lake of Darkness—a police officer living on the South Side of Chicago 100 years ago races to stop a serial decapitationist from killing again. (Ho hum, amirite?) But as my protagonist enters the world of Chicago’s quasi-legal vice districts of yore, he uncovers clues that suggest something more may be behind the killings. Something other, and from the beyond. Something that is most definitely not the product of one man (or woman’s) murderous schizophrenia. . .

For me, this variation on the detective tale brings an exciting rush that I just don’t get with a typical whodunit. Am I imitating Lovecraft? Am I tapping into an older tradition that existed before him—in perhaps a more subtle and nuanced way? At the end of the day, I think it is debatable and probably unknowable.

What I do know is when I think of the words “cosmic horror,” I think of the sensation of looking at star charts until I am nearly overwhelmed with a feeling of how small I am in the universe. It’s not always “meaninglessness” precisely, but I’m definitely acutely aware that there is a whole lot of universe that is absolutely not me. This sudden perspective shift involves a transportation to a special place. And I think a detective story is a fine place to conjure such teleportation. (Not least because the protagonist is usually not expecting it.)

Just as there were bands that were punk-ish—sort of—before the Ramones, there were writers that could invoke feelings of terrifying cosmic vistas before H.P. Lovecraft. But man, in my opinion? Nobody could do it like he could. And all the rest of us—writers like me, at least—have just been trying to copy him ever since.

Scott Kenemore is the nationally bestselling author of Lake of Darkness (May 5, 2020; Skyhorse Publishing/Talos Press), as well as The Grand Hotel; Zombie Ohio, Zombie, Illinois and numerous other works of horror, fiction, and satire. 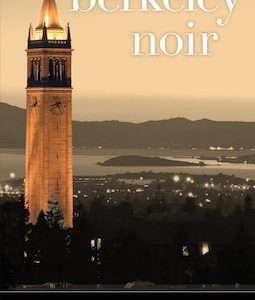 Roy’s grandfather subscribed to several magazines, among them Time, Field & Stream, Sport, and Reader’s Digest, but the one that...
© LitHub
Back to top