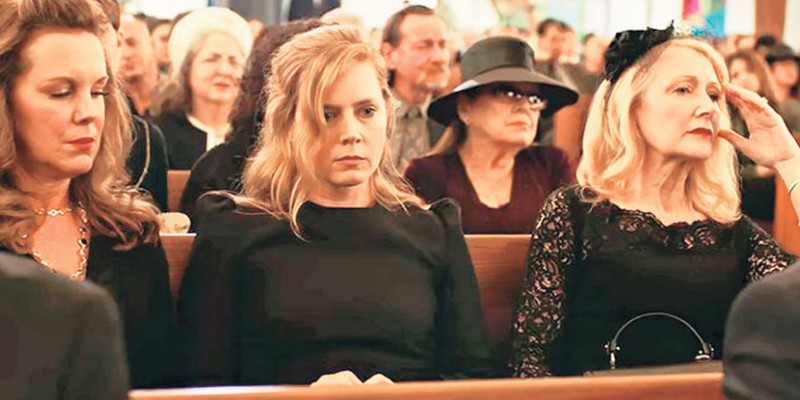 As a girl born in the Bible Belt in the 1980s, I grew up understanding femininity to be a holy trinity all its own: purity, presentation, and popularity. Those factors served as dividers between good and bad, value and trash, success and disgrace. There was neither room nor tolerance for a gray area between, and if someone managed to prove otherwise, that success was merely a short-term loan from the devil, due for certain collection at any moment.

A decade later and on the other side of the country, female pop singers, glowing with fame and power and sexiness, would still feel the need to publicly declare themselves godly and chaste in interviews on MTV. Media followed and scrutinized their every movement and every word, their perceived morality intertwined with their continuing rise or inevitable fall. From those pop stars to television shows to books geared toward my age group, there were very few, if any, female characters that reflected living a life outside of that feminine trinity by choice and with any measure of enviable success.

At sixteen, my twiggy body became rounder and thicker seemingly overnight, with a late burst of adolescence and a prescription for birth control pills. In one bewildering moment, I was no longer considered pure. As clothes were put back on, eyes diverted with shame, I was declared a vehicle of Satan, sent to destroy the relationship between my Christian boyfriend and Jesus. Let us pray, he said. Ask God to forgive your sins. So, we did.

I had not felt bad about wanting to have sex with someone I loved until he told me I should, and then the guilt came in a wave, towering and heavy, and I tumbled and sunk and gasped for air. I became an utter stranger to myself in every aspect, and a failure in every way it mattered. I felt like the villain in my own story, in his story, in my parent’s story. I imagined them, especially, grieving openly if they were to find out. Was there no gray between being the stalwart and true heroine and the mad queen hell bent on taking her down? Had I, in less than sixty seconds, jumped from one end of the scale to the other? It felt like it. I came to the conclusion that to make it right, I would need to marry him eventually, this lover who called me an instrument of the devil, because from what I could tell, a girl did not become someone until she became someone else’s. And who else would want me now?

At eighteen, in a plot twist I never saw coming, I left both him and the state for college. Still, even three hundred miles away, I was sure I had not left home whole. For years, I would cling to the tatters of that first idea of who I ought to be and try desperately to stitch them back together into someone I once knew. I yearned for someone, anyone, to see me for who I was and like me anyway.

I sought sanctuary in books. This new version of me, both tired and grinding, jaded and longing, could no longer find a character to cling to. Nor could I find a fictional world where, if only I could slide myself into the pages, I would recognize the place where I belonged. Regardless of genre, it seemed each story only followed the lives of two types of women: the guiltless, good-girl, damsel in distress, or the maniacal femme fatale villain. They were two ends of the spectrum without a gray area between.

Where was the young woman whose inner darkness was neither an engine nor an anchor, but something she prodded at, carried around, wondering at its value, its permanency, as she absorbed the ghost of who she thought she’d be shade by shade? The woman who, in a hesitant way, still wanted what the little girl she once was had wanted, if only she could remember what it was? The woman who, like me, felt adrift and agitated, stuck and lost at the same time, who wasn’t sure she even deserved to feel this swept aside when she’d started life with many advantages. The woman who once had gone the extra mile without anyone asking, sure someone would recognize her initiative, her drive, only to be used up and cast aside time and time again.

Then, quite by chance, I found her, and she was not at all who I thought she would be. Standing in Barnes and Noble, I plucked a gray book from the shelf—Dark Places, by Gillian Flynn. I opened the cover, and I met Libby Day. The first page sunk inside me, heavy as a cannon ball, and every bit as explosive. I sank down in the aisle, back against the shelf, elbows propped on my knees, and I read for a solid hour. This woman was bitter, tired, and so deeply over it, yet she wanted so quietly, so subtly for something to believe in. But Libby knew, wholly and begrudgingly, two truths: the world cannot be trusted, and that the weight of other people’s sins is somehow often heavier, the consequences more staggering, than the crimes we commit with our own hands, within our own minds. And, after several more failed relationships, a cancelled engagement, dead end jobs, and fizzled dreams, I knew those truths, too.

I saw her, damaged and empty and desperate, defensive and evasive, and yet still wanting to believe in a glimmer of good. And Libby knew me. Lord, she knew me.

What relieved me most, what I chased from page to page, was that this character was not inherently likeable, nor did she strive to be. She was unflinchingly herself from the moment I met her, and in this honesty, this lack of pretense, I found incredible solace. My family had not been butchered in the middle of the night, and I had not gone most of my life thinking my brother was responsible, that bad blood ran in my veins. But I saw her, damaged and empty and desperate, defensive and evasive, and yet still wanting to believe in a glimmer of good. And Libby knew me. Lord, she knew me.

Libby Day is not an anomaly in the female roles of Flynn’s work, but rather the rule. Each feminine character is a labyrinth of traits, desires, flaws, and scar tissue. They hold their cards close and they reveal them only when they stand to gain ground by playing along. The voice delivering them is as cool, clean, and sharp as the blade of a knife. Femininity, in its full range, is a weapon, too, as well as a shield, a ship, a beating, screaming heart.

Perhaps the closest Flynn comes to utilizing an archetype character is Gone Girl’s victim-turned-villain, Amy Dunne. But it is the shock factor that for a moment blinds the reader to the gray between the two roles: disappeared, pregnant wife with a cheating husband who, with one turn of the page, becomes the mastermind behind a web of manipulated evidence so sticky, seamless, and complete, that her husband’s every struggle to prove his innocence only serves to ensnare him further. Neither Amy nor her husband are likeable, and neither are infallible. In a moment of panic after suffering a robbery at a motel, Amy is forced to abort the rest of her plan and seek a new hiding place with an ex-boyfriend. Her darkest moment of all—and there are many—is also perhaps the most revealing, as Amy admits she impregnated herself with semen collected from her husband years before in an effort to trap him in the marriage, knowing he would never leave his child.

The success of Flynn’s beneath-the-surface portrayal of her female characters opened the door for writers across genres to allow their fictitious women more range and more freedom, and among their lies and deceptions and vulnerability, I found more truth and my new sanctuary. Among my favorites: Bloodroot by Amy Greene; Liane Moriarty with Big Little Lies, The Last Anniversary, and The Husband’s Secret; The Woman in the Window by A.J. Finn; The Van Apfel Girls are Gone by Felicity McLean; She Lies in Wait by Gytha Lodge; A Land More Kind than Home by Wiley Cash; and, of course, Dark Places, Gone Girl, and Sharp Objects by Gillian Flynn. These titles explore the fissures, flaws, desires, and motives that lie within their female characters, and I recognized bits of myself in every story. A woman might hope, lust, hate, covet, manipulate, lie, hide, expose, betray, forgive, begrudge, pretend, want, grow, and destroy. There is no difference, no boundary, between the gray and the woman. And as the entirety of the feminine became spotlighted in media, there came with it the dismissal of likeability standing as the fundamental cornerstone of femininity.

In the last decade I have become a wife and a mother, and have learned more and more how many shades of gray exist inside the heart, mind, and role of a woman, how complex it is, how this entire spectrum can exist inside of us all at once, and how it always has. Within my mother, her mother, her mother’s mother, for generations upon generations—I wonder how lonely it must have been to exist only on the fringes of who they were in full. I wonder at the stories they would have told, the peace they might know, if only they had felt like they could.

Casey Dunn was born and raised in Atlanta, Georgia, but now lives on a horse farm in Southern Oregon with her husband and three children. As Jadie Jones, she's the author of the Hightower Trilogy (Parliament House Press). Silence on Cold River is her first thriller.

That Time Wallace Stevens Punched Ernest Hemingway in the Face 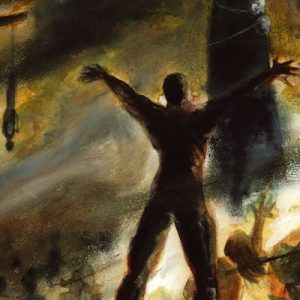 In the late 1990s and early 2000s—when listicles first became all the rage—music magazines discovered they could goose...
© LitHub
Back to top