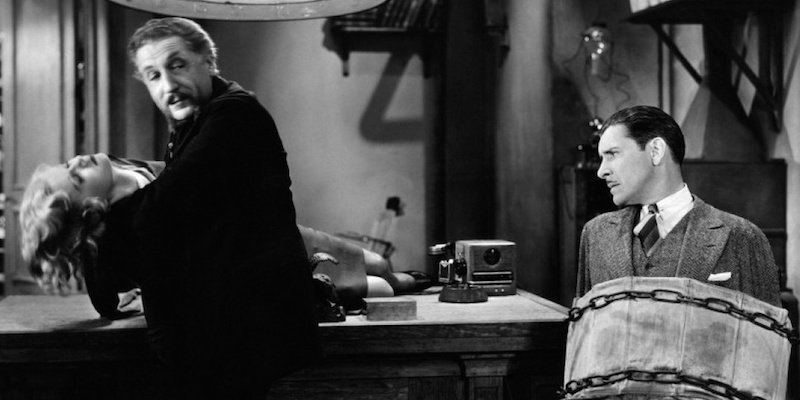 This was Ronald Coleman’s first talking picture. He had already become a screen idol in silent films because of his good looks, but when audiences heard his unique voice with its perfect diction and unparalleled timing, they immediately made him one of the biggest stars in Hollywood. 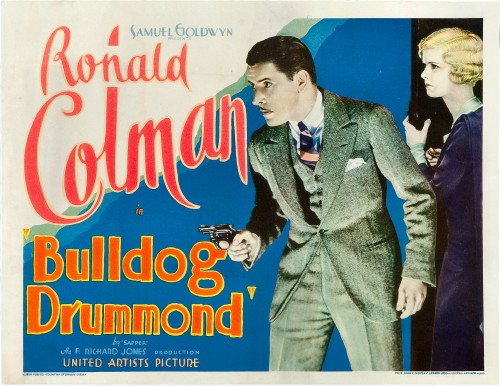 Bored with life after World War I and seeking adventure, Captain Hugh “Bulldog” Drummond places an advertisement in the personals sections of the newspaper. He is drawn to the response of Phyllis Benton, whose uncle, John Travers, has been taken prisoner and confined to an asylum by the villainous Dr. Larkington and his associates, a gang of international crooks who are trying to force the uncle to turn over his fortune to them.

Drummond and Phyllis head off to the countryside to rescue the helpless Travers, only to have Phyllis captured as well. Drummond manages to rescue her briefly, but then he, too, is captured, though he finally manages to escape and kill the malevolent Dr. Larkington.

Bulldog Drummond was one of the most popular figures in British fiction during the 1920s and ‘30s. H.C. McNeile, using the pseudonym “Sapper” (British military argot meaning engineer), wrote Bulldog Drummond, a novel in 1920. It had immediate success and was adapted for the stage the following year starring Sir Gerald Du Maurier in London. The play was then brought to Broadway for a grand opening, a long run, and a successful touring company. Eleven more Drummond novels were published during the next seventeen years by McNeile and, when he died, Gerald Fairlie continued to write about the adventurer until 1954.

The book character is tough and violent, allowing nothing—not the law, not scruples, not overshadowing odds—to stand in the way of justice that lax laws and incompetent police officers are unable to provide. In the motion pictures, particularly with Colman but also when the role was played by Ralph Richardson, Ray Milland, John Lodge, and John Howard, he was more urbane and lighthearted—thoroughly enjoying the sport of it all.

While this was Colman’s first talking film, so, too was it the first talkie that Samuel Goldwyn produced. He did not use McNeile’s novel as the source for the film but instead used the stage play because, he reckoned, audiences for a talking picture would want lots of, well…talking.

The film was an immediate smash hit and earned Colman an Academy Award nomination for Best Actor, one of two nominations he received that year; however, he lost to George Arliss for his titular role in Disraeli.

There were several silent film versions before the classic 1929 film and eighteen additional talking pictures, the best by far being the only one in which Colman starred, Bulldog Drummond Strikes Back (1934). Based on McNeile’s novel Knock-Out, it costarred Loretta Young as Colman’s love interest (although Myrna Loy had been sought for the role, which she spurned) and cost more than a half-million dollars to make—a staggering sum in 1934.

Ian Fleming once admitted that Bulldog Drummond was his inspiration for James Bond.

Drummond has gone to an inn to meet Phyllis Benton, whose letter intrigued him because of the danger in which she believed her uncle to be in. As Drummond awaits her arrival, his friend Algy shows up with the intention of protecting Drummond. “Algy,” Drummond says, “If I’d wanted a bodyguard, I’d have sent for my maiden aunt.” Algy objects, “Oh, I say. Why not?” Drummond replies. “She’s more of a man than you are.” 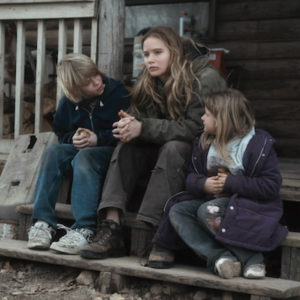 The best rural noir transports us and traps us in a place with people who are also trapped there by lifetimes of trouble,...
© LitHub
Back to top