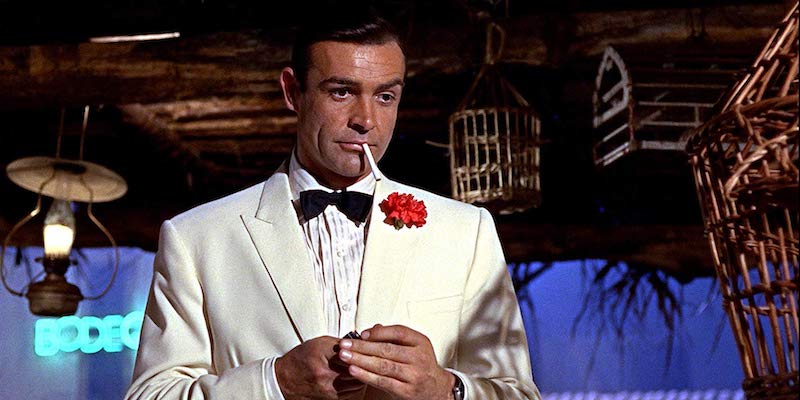 Ian Fleming, the creator of James Bond, was himself a member of the British Secret Service for some years. He began writing the books about Secret Agent 007 in 1956 with Casino Royale, but the books had only modest success until President John F. Kennedy endorsed them. After that they became international best-sellers, and the movies inspired by them, beginning with Dr. No in 1962, became enormous box-office smashes. 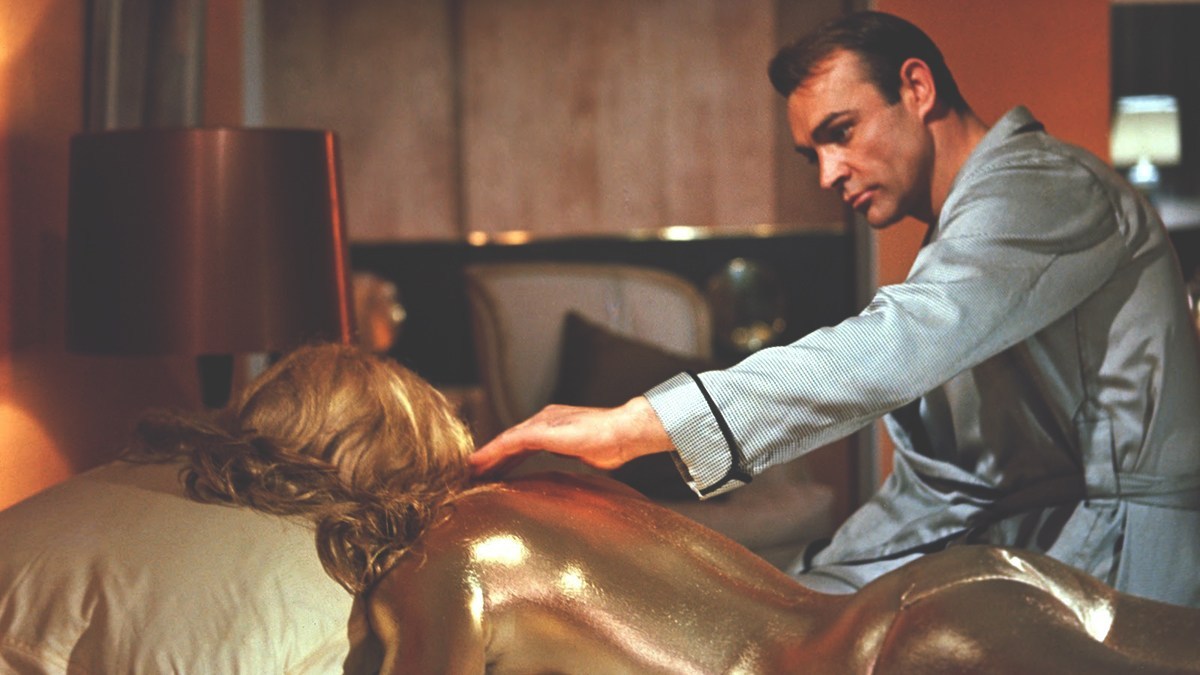 Auric Goldfinger, who has loved gold since he was young, has amassed great wealth and bought as much gold as privately possible. Aided by his Korean henchman, Oddjob, whose innocuous, even comical bowler is a deadly weapon, he plots to infiltrate Fort Knox, the American’s depository of a vast gold reserve. Goldfinger doesn’t plan to steal it but to cause it to be radioactive and therefore worthless, thereby enhancing the value of his own holdings to make him the richest man in the world.

As with all Bond movies, there are no “whodunit” elements, and even the overall plot is merely a device for smaller bits of action. In the opening scene, Goldfinger, unable to resist the opportunity to cheat at cards, is taking a pigeon for a few thousand dollars as his girlfriend uses a telescope in a hotel window to see his opponent’s cards and inform him via a miniature radio receiver in his ear. Bond sneaks in, forces Goldfinger to lose a larger amount than he had won, and seduces the girl. Goldfinger’s bodyguard, Oddjob, sneaks into Bond’s room at night and knocks him unconscious. When Bond awakes, he finds the girl-covered with gold paint, which has asphyxiated her.

Bond later meets another of Goldfinger’s associates, a beautiful blonde of ambivalent sexuality. As he awakes from again having been knocked unconscious, she introduces herself: “I’m Pussy Galore.” “I must be dreaming,” he replies. Pussy and her flying circus of five gorgeous blondes spray nerve gas over Fort Knox in preparation for the planting of Goldfinger’s bomb that will radio-activate the gold. After the plot has been foiled, Pussy and Bond meet again. The movie ends with her wrapped in Bond’s arms while they are both wrapped in the silk of a parachute.

This is the third of the James Bond movies, all of which starred Sean Connery, and is typical of the series. Though it may be the best, an argument could be made that From Russia With Love is its equal. The opening credits are exquisitely handled, especially with the title song sung by Shirley Bassey; the reassuringly familiar figure of M and Miss Moneypenny are like coming home to 221B Baker Street and finding Dr. Watson and Mrs. Hudson waiting; and then there are the gadgets.

Bond maintains a look of extreme nonchalance, if not boredom, as Q describes the new Aston Martin and its enhancements for him: bulletproof glass, of course, but also machine guns from the headlights, tracking devices, and—Bond’s favorite—a top that comes off so that the ejector seat can do its job.

While some viewers decry the sex and violence of the Bond films, the almost cartoon-like savagery of the villains, the total absence of blood, and the witty insouciance of the hero, make them the most entertaining series of the 1960s and indeed have sustained sufficient energy to keep them successful into the present day.

The best line in all of the Sean Connery James Bond films is probably the same one: He introduces himself memorably as “Bond. James Bond.” In this film, he learns that his foe is to be Auric Goldfinger. He responds, “Sounds like a French nail polish.” 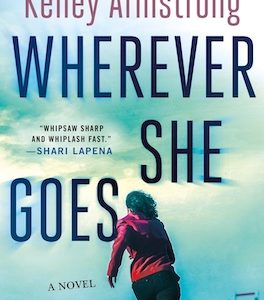 It’s six o’clock Thursday evening. I’ve been out for a couple of hours, getting groceries after replacing the fan belt...
© LitHub
Back to top