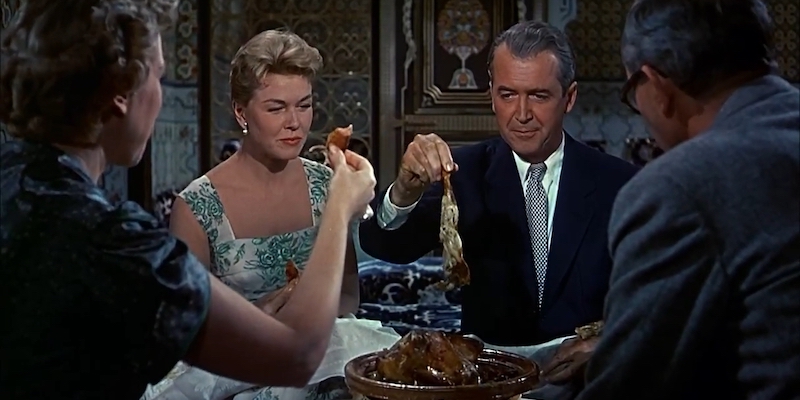 There were two versions of The Man Who Knew Too Much, both directed by Alfred Hitchcock. The first was made in England in 1934 and had a more action-packed ending than the later film, in which the kidnapped boy is rescued from a foreign consulate by his father, acting virtually alone. In the British version, the police attack the spy ring in a house in a scene that recreates an actual historical event, the Sidney Street siege.

A few years before the first World War, some Russian anarchists had barricaded themselves in a house and were shooting at the police, who were trying to get them out. The police were making little progress so soldiers were called in, and Winston Churchill, then the head of the London Police, was called in to take charge of the operation. The police had had little success because British policemen do not carry firearms, requiring the military presence. As the anarchists continued to hold out, Churchill was about to call in the artillery, when the house caught on fire and the anarchists came running out.

When The Man Who Knew Too Much was made, Hitchcock ran into difficulty because British authorities didn’t want to see policemen carrying or using firearms. When Hitchcock asked how he was going to get the spy ring out of the house, it was suggested that water hoses be used—the same idea that Churchill had advanced many years before. Finally, it was agreed that the police could use firearms if the screen showed them going to the local gunsmith to pick out antique weapons, demonstrating that they were unfamiliar with modern weaponry. Hitchcock ignored the silly directive and had a truck loaded with rifles pull up to supply the policemen. 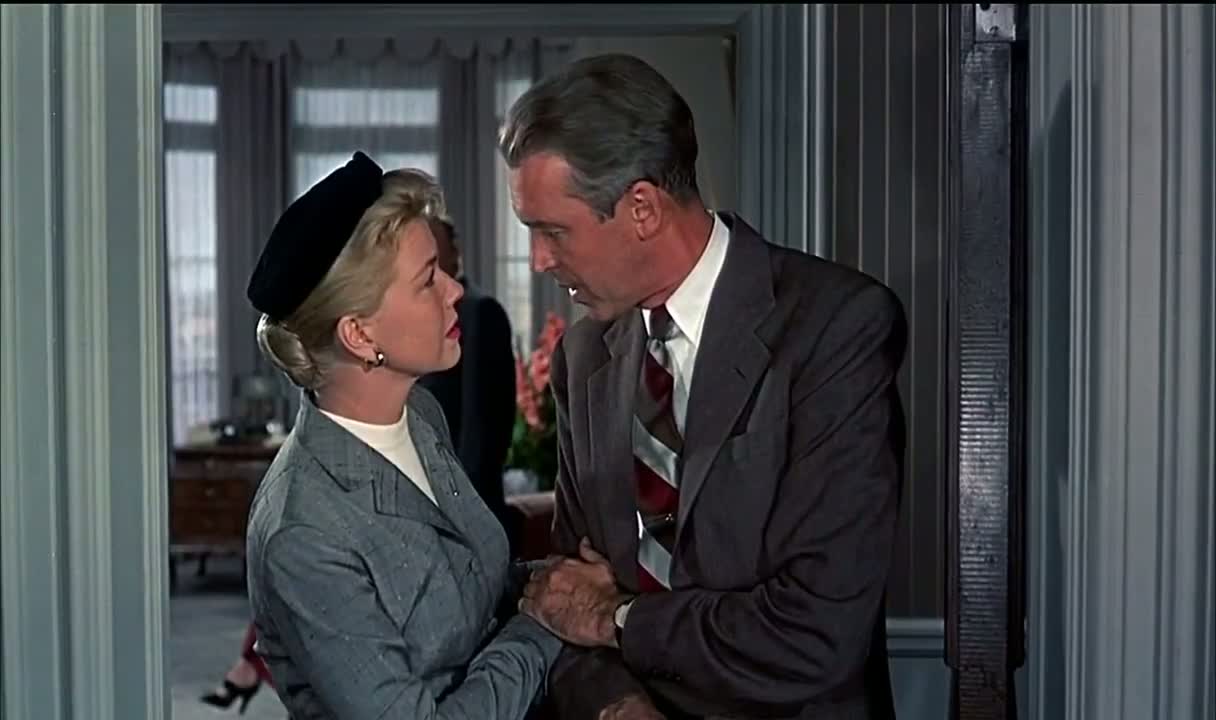 American tourists Dr. Ben McKenna, his wife Jo, and their young son, Hank, are in Marrakesh on the bus from the airport where they meet a Frenchman and later befriend an English couple. Bernard, the Frenchman, is stabbed in a crowded marketplace and whispers dying words into Ben’s ear, telling him that he is a French agent and giving him information about a planned assassination attempt of an important politician in London.

The McKenna’s son is kidnapped soon after by the British couple, who are in fact foreign agents. Warned that their son will be harmed if they reveal a single word of the Frenchman’s message, Ben and Jo head to London to try to recover their son and, if possible, prevent the assassination.

They learn that the attempt will be made at Albert Hall during a concert, at the precise moment that the cymbals crash. Just before that musical moment, Jo screams, causing the assassin to miss his mark. A grateful prime minister invites the Americans to his embassy that evening. Knowing that their son is captive there, they go. As Jo, a famous singer before her marriage, provides a concert, which includes “Que Sera, Sera,” her signature song. Her son hears it and whistles the same tune, leading Ben to the room in which he is being held. As the agent tries to sneak out of the embassy with Ben and Hank as hostages, he tumbles down the staircase and the family is happily reunited.

Film critics often state their preference for the earlier version, which is also excellent. It was made in 1934 and starred Leslie Banks, Edna Best, and Peter Lorre. A major reason given for finding the second version inferior is that it is longer, has more elaborate sets, and is dramatically bigger. Hitchcock himself, however, much preferred the second film. He told Francois Truffaut that “the first version is the work of a talented amateur, and the second was made by a professional.”

“Que Sera, Sera,” the song sung by Doris Day several times during the film, was a number one hit in America and became her signature song. It won an Academy Award for Best Original Song.

The idea of the shot being fired just as the cymbals clash was inspired by a cartoon strip showing a man waking up in the morning and going through all the rituals of the day, getting on a bus to Albert Hall, carrying his instrument case (a flute, in this instance) into the hall, opening it, taking a seat, taking out the score, and dutifully turning pages until the conductor finally points to him and he blows out his single note, then packs up, puts on his hat and coat, and gets on the bus to go home, filling his entire day. Hitchcock thought it would be amusing to get a suspense effect from one clash of cymbals.

The Man Who Knew Too Much was a stunning financial success. After being released for only one week, it was already the most commercially successful film of the year. In his first years as an American citizen, Hitchcock earned $4,000,000, and his financial advisers arranged enough tax shelters so that he paid not a cent in income tax.

Meeting the McKennas on a bus in Marrakesh, Louis Bernard tells them he is French. Hank asks if he eats snails, and Bernard says he does, when he is lucky enough. The young boy then tells him if he is ever hungry, their garden back home has a lot of snails. “We’ve tried everything to get rid of them,” he offers, “but we never thought of a Frenchman.” 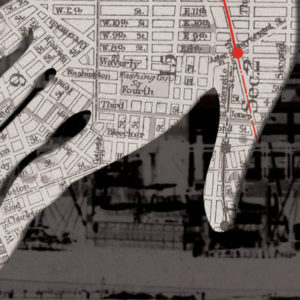 Cover art has always been an integral part of the crime fiction experience. No area of literature has dedicated more time...
© LitHub
Back to top