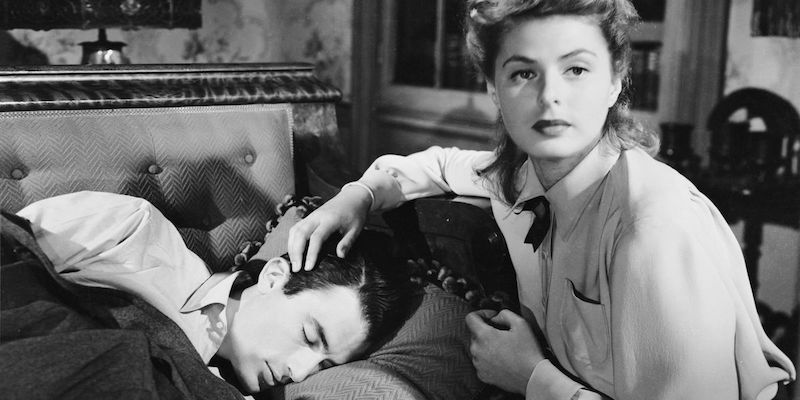 Counting Down the Greatest Crime Films of All-Time: #57

Alfred Hitchcock hired Salvador Dali, the famous Spanish surrealist painter, to design a dream sequence. Hitchcock wanted to do something different from the typical Hollywood dream sequence, which generally was little more than a hazy, blurry image created by rubbing Vaseline on the lens. The producer, David O. Selznick, thought Hitchcock had hired the artist as a publicity gimmick, but the director genuinely had done it for creative reasons. He wanted vividness and greater sharpness than in the main body of the film itself. Dali worked closely and directly with Hitchcock, who wrote a long and complicated sequence that lasted twenty minutes, but Selznick found it far too long and incomprehensibly complex, so it was edited down to about two minutes. Dali had created about a hundred sketches and five oil paintings—all at Hitchcock’s instruction and constructed entirely from the director’s imagination. Hitchcock left the set before the dream sequences had been entirely edited, so Selznick had to replace him with William Cameron Menzies after Josef von Sternberg turned him down. Menzies found the dream sequence so unappealing that he refused credit for the film. When the dream sequence got rave reviews and contributed to the overall success of the film, Hitchcock took credit himself. Dali received $4,000 for his two months of work. 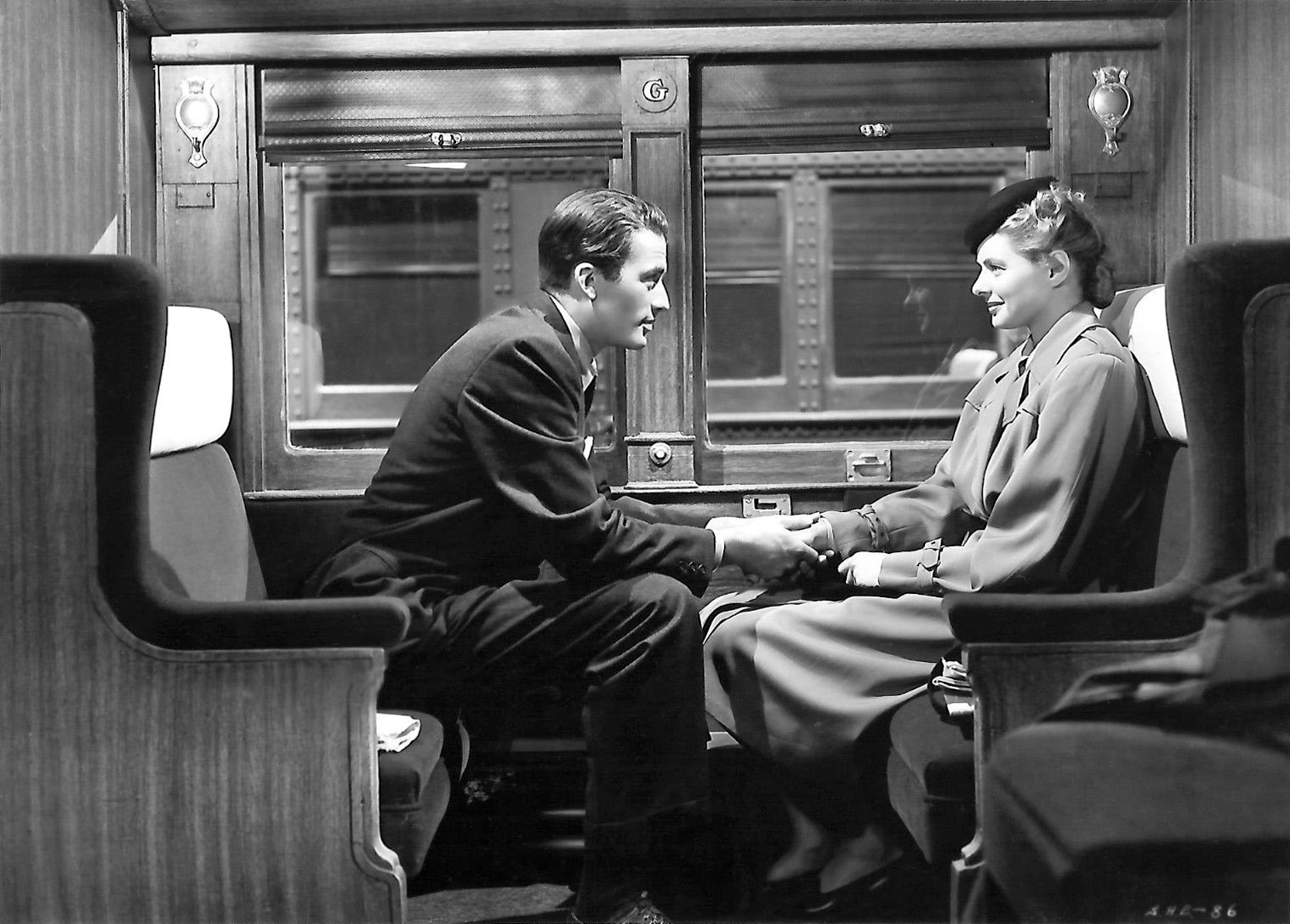 The young and handsome psychologist Dr. Edwardes, who is replacing Dr. Murchison, the outgoing head of Green Manors mental hospital, finds a mutual attraction with Dr. Constance Peterson. She reads a signed book by him from the hospital library, goes to talk to him, and they become more romantically involved. All is not well, however, as the sight of parallel lines makes him dizzy and confused. Later, she compares the signature in the book with a note he’d written to her, and she realizes that he is an imposter, which he readily admits. He is an amnesiac who can’t remember his own identity but is convinced that he killed the real Dr. Edwardes. Constance refuses to believe him, confident that he is delusional.  He tells her that he found a cigarette case with the initials J.B. in a pocket and she tells him that with her therapy they will be able recover his memory.

He leaves for New York and she follows, taking him to Rochester to meet her much loved old mentor, Dr. Alex Brulov, whom she tells that she and J.B. are on their honeymoon. J.B. stares dazedly at his shaving cream when he prepares to shave and has an even more profound reaction to the sight of snow outside Brulov’s house. Constance guesses that J.B. and Dr. Edwardes had been skiing together and helps him recall where, and they set off to Gabriel Valley.

While they are skiing together, he recalls a terrible incident from his childhood when he accidentally pushed his brother off a roof, causing him to be impaled on the spikes of a fence below. He then saves Constance from going over the edge of a precipice—the same one from which Dr. Edwardes fell to his death. The recalled memory of his childhood tragedy brings back his name; John Ballantine. He is arrested when the police find Edwardes’s body exactly where J.B. told them it would be, but they discover that it has a bullet in it. He is convicted of murder but Constance, still believing in his innocence, returns to Green Manors where she has a conversation with Dr. Murchison. Murchison inadvertently mentions that he knew the real Dr. Edwardes, thereby revealing that he must have known J.B. was an imposter, though he acted as if he did not. She further realizes that Murchison must have shot Edwardes in view of J.B., who sublimated the actions because of repressed guilt about his brother’s death. She confronts Murchison and he pulls a gun on her, but she talks him out of killing her. As she leaves his office and closes the door, he turns the gun on himself.

A movie based on psychological themes was a pet project of producer David O. Selznick, and he wanted Hitchcock to direct it. Hitchcock went to London and bought all the theatrical rights to The House of Dr. Edwardes, a novel by Francis Beeding, convinced Selznick this was the perfect vehicle, and sold the rights to him for a whopping profit.

Numerous psychiatric and psychological experts were consulted, and several were hired to help assure that the film would be scientifically accurate. As soon as Hitchcock hired Ben Hecht to write the screenplay, they toured mental institutions in Connecticut and New York, ending with the psychiatric wards at Bellevue Hospital. Additionally, Selznick hired his own analyst, Dr. May E. Romm, a distinguished psychiatrist in Beverly Hills, to serve as consultant on the film, and later added Dr. Karl Meninger, another noted psychiatrist.

Joseph Cotten had been planned to star as J.B., but Selznick cast him in another movie, I’ll Be Seeing You, and he decided instead on the rising young star Gregory Peck for Spellbound. Dorothy McGuire was to have been Dr. Constance Peterson, but Ingrid Bergman became available and replaced her.

Hitchcock alert: When people emerge from a crowded elevator, Hitchcock is among them.

Peck (suffering from amnesia) to Bergman: “Will you love me as much when I’m normal?” Bergman: “I’ll be insane about you.” 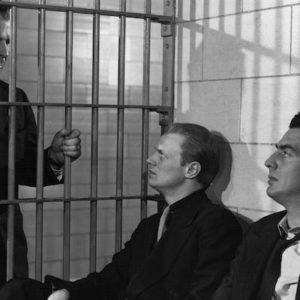