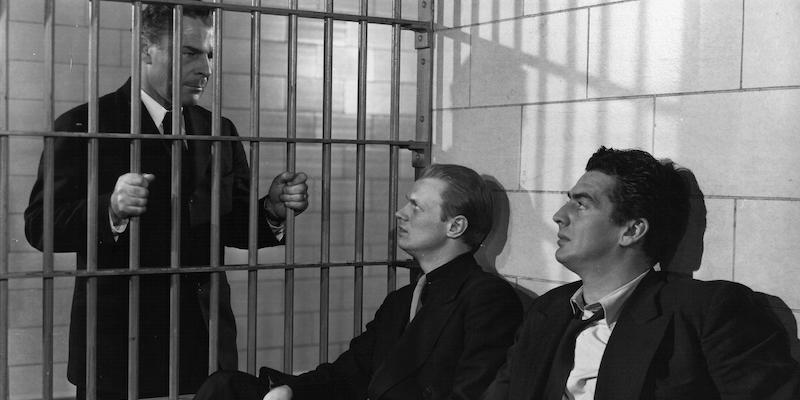 Perhaps the greatest performance as a psychopathic killer this side of James Cagney was given by Richard Widmark in his screen debut. He memorably played Tommy Udo, in a performance that made him an overnight star. Audiences were struck by Widmark’s strange manner of speaking, his piercing eyes, his almost skeletal face, his overly energetic method of movement, but mostly by his laugh, a humorous giggle that was terrifying. In what may be the single most memorable scene in the history of film noir, Udo goes to the home of a stool pigeon that he has been sent to kill. When he realizes that the squealer has fled and that his wheelchair-bound mother has lied to protect him, he ties the chair with an electrical cord, wheels her to the top of a flight of stairs, and pushes her down, giggling maniacally the whole time.

It was a strange path to stardom for Widmark, who had been an all-American boy in his hometown of Sioux Falls, South Dakota. He was an honor student in high school, president of his senior class at Lake Forest College in Illinois, played on the football team, was captain of the debating team, and was a member of the drama department. When he came to New York in 1942, he got the leading man roles on Broadway in Kiss and Tell and Kiss Them for Me. Nothing he did prepared the world for Tommy Udo. 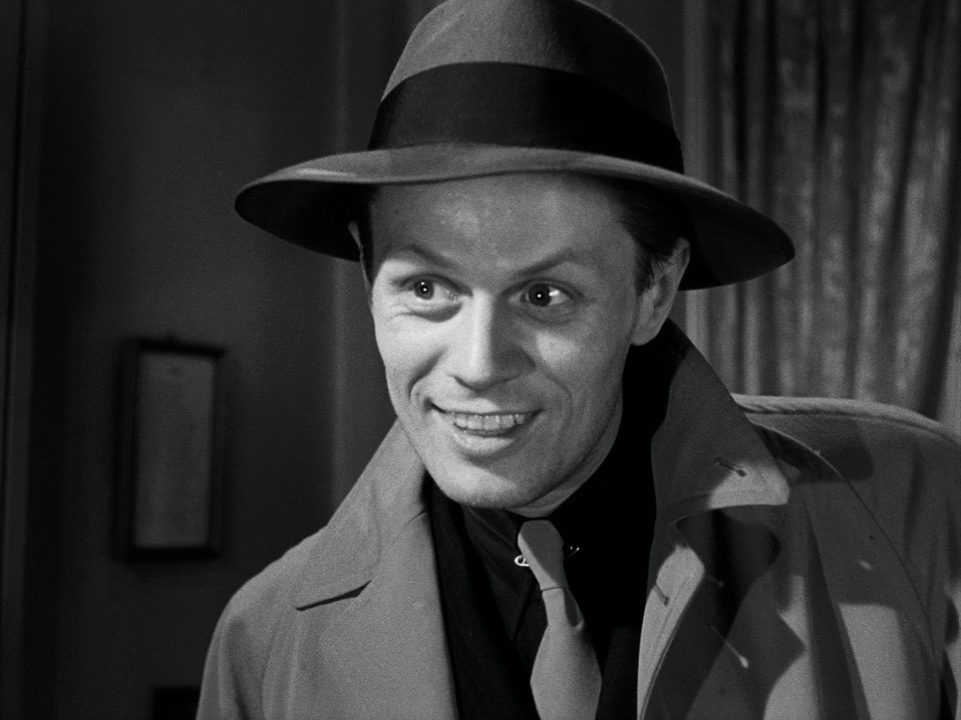 On Christmas Eve, Nick Bianco and two other crooks hold up a jewelry store at the top of the Chrysler building and are caught. Although the Assistant District Attorney, Louis D’Angelo, repeatedly asks Bianco to cooperate in exchange for D’Angelo’s help in getting to see his wife and two daughters, Bianco refuses, putting his faith in his lawyer, Earl Howser. When Bianco learns that his partners and his lawyer didn’t provide financial help as promised for his wife, causing her to commit suicide, he agrees to snitch on a jailmate, the psychopathic Tommy Udo, and his former cohorts, especially Pete Rizzo.

Bianco tells his crooked lawyer that Rizzo has squealed, and Howser sends Udo to kill Rizzo. When Udo finds him already gone, he kills Rizzo’s mother instead by pushing the wheelchair-bound woman down a flight of stairs.

Given parole in exchange for information about the dangerous Udo, Bianco marries Nettie Cavallo, who used to baby-sit his daughters, and moves to a house in the suburbs. When Udo is unexpectedly acquitted in spite of Bianco’s testimony, Bianco decides to protect his wife and children by sending them away and forcing a confrontation with the psychopathic killer.

Bianco arranges with D’Angelo to have police nearby when he finds Udo in his favorite restaurant, taunting him until Udo pulls a gun and shoots him. Badly wounded but alive, Bianco goes back to his family and Udo is hauled away to prison.

The scene in which Udo pushes the old lady in a wheelchair down a flight of stairs was so shocking and repellent that many theaters edited it out. Even today, more than half a century later, it remains horrifying.

The original title of the picture was Stoolpigeon, the name of the story submitted by Eleazar Lipsky. It was changed to Blind Date, but when the head of production at Twentieth Century-Fox, Darryl F. Zanuck, spotted a reference in a Hedda Hopper column to an event in a politician’s life as “the kiss of death,” he liked the sound of it so much that he changed the film title again. Lipsky, an assistant district attorney in New York, submitted the story under the pseudonym, Lawrence L. Blaine.

The year after the film’s release, novelist Lawrence B. Bachman sued Twentieth Century-Fox, Zanuck, producer Fred Kohlmar, Lipsky, and Penguin Books (which had published a novelization of the screenplay) for $125,000. He claimed that he had been damaged because he had published a book in 1946 called The Kiss of Death and that the public had been misled into thinking that the novelization, titled Kiss of Death, was his book. Three years later, Bachman dropped the suit.

Although Nick Bianco’s wife, Maria, and his cohort, Pete Rizzo, are mentioned prominently in the movie, she is never seen and Rizzo appears only in the opening scene. All the other scenes in which they were featured ended up on the cutting room floor.

A western version of Kiss of Death was released in 1958, titled The Fiend Who Walked the West, starring Hugh O’Brian and Robert Evans. In 1995, Kiss of Death was remade starring David Caruso as Nick Bianco, Nicholas Cage as Tommy Udo, and Helen Hunt as Nick’s wife. The film failed, but not as miserably as the usually first-rate Cage, who tried to out-menace Widmark with such extremity that he became a bad cartoon.

Tommy Udo, telling a crook’s mother that he’ll find her son, who he believes to be a stool pigeon: “You know what I do to squealers? he asks her. “I let ‘em have it in the belly, so they can roll around for a long time, thinking it over.”

Counting Down the Greatest Crime Films of All-Time: #57 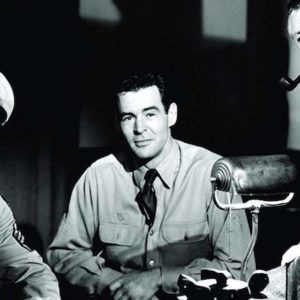