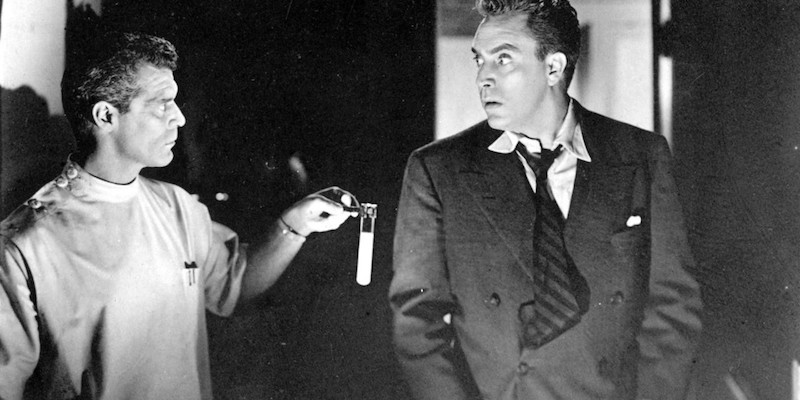 There have been four filmed versions of this unusual story. The noted 1950 motion picture was a remake of a 1931 German movie made by two of the greatest directors in cinema history, Billy Wilder and Robert Siodmak. In 1969, a modest remake was made by the Australian film director Eddie Davis under the title Color Me Dead. This uninspired little film starred Tom Tryon, Carolyn Jones, Patricia Connolly, and Rick Jason. Finally, there was the big-budget travesty of 1988, again titled D.O.A—lots of money, lots of bright colors, lots of fast cutting, and lots of look-at-all-the-camera-tricks-I-learned-in-film-school directing by Rocky Morton and Annabel Jankel, who gave the world Max Headroom. It starred Dennis Quaid, Meg Ryan, Daniel Stern, and Charlotte Rampling, who should be ashamed of themselves. 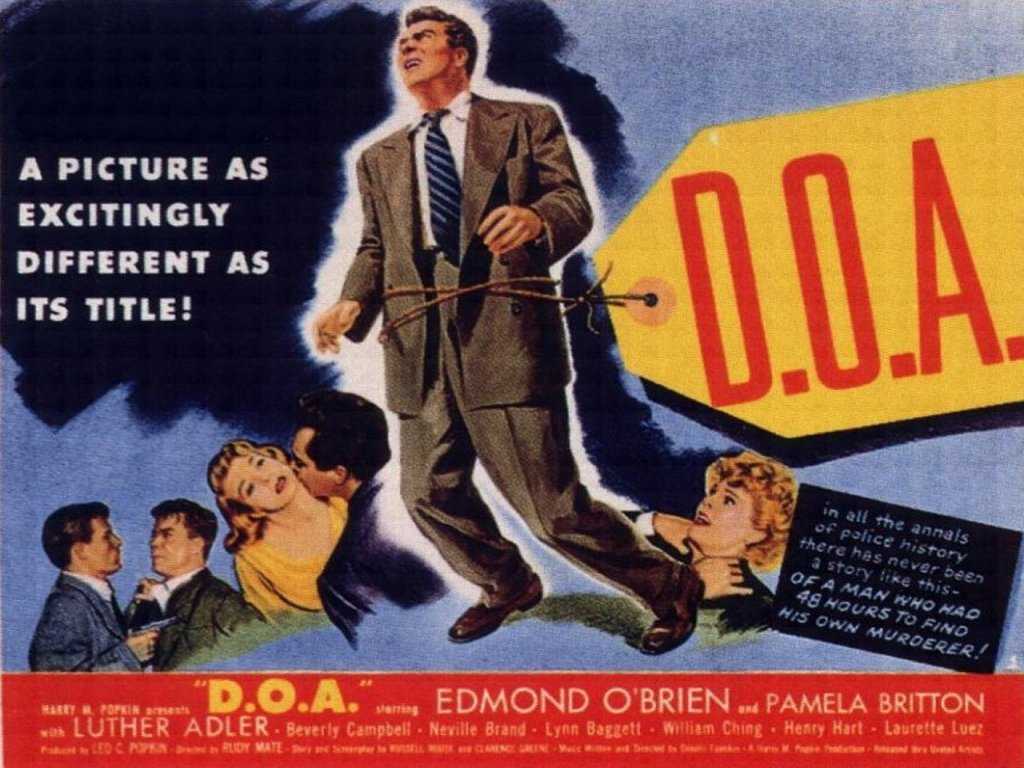 Frank Bigelow, an accountant in the little desert town of Modesto, decides he needs a few days off in San Francisco, much to the dismay of his fiancée who thinks he might get into trouble, which is exactly what he has in mind. He immediately heads for a gin mill and spots a likely blonde. While distracted, a stranger drops poison in his drink. Frank heads home, not feeling well, and the next morning goes to a doctor, who tells him he’s been poisoned and that he has a day or two, maybe a week to live.

Bigelow, dying to know who poisoned him, finds that the basis of his murder occurred in his hometown. He innocently had notarized a bill of sale that, if it surfaced, could convict a woman and her lover of having killed her husband. The husband’s death had been rigged to look like a suicide over a business failure, but the bill of sale would have discredited that scenario.

Reunited with his fiancée, whom he now realizes he truly loves, the doomed bystander says, “All I did was notarize one little paper.” He finally finds the man who poisoned him and shoots him—more than once.

In this striking variation on the classic detective story, the victim and the detective are the same person. Talk about noir! The hero, the man the audience is rooting for, is already dead! A standard element of noir films is the sense of foreboding, the belief that there cannot be a happy ending for any of the principal players. In D.O.A., the guesswork is gone.  The hero is speaking from the grave.

Several minor roles were played by interesting choices. Two of the doctors were played by Larry Dobkin and Jerry Paris, both of whom went on to have very successful careers as directors. In an uncredited cameo, Hugh O’Brien appeared briefly; he went on to great fame as Wyatt Earp in the wildly popular television series.

The poison used to kill Bigelow, called luminous toxin, actually exists. It seemed a good choice of murder weapon, as audiences in America were paranoid about the ramifications of atomic energy, radioactivity, and the substances involved, all of which had only recently come into public consciousness.

At the beginning of the film, under the credits, Frank Bigelow walks into a police station. He tells the captain in charge, “I want to report a murder.” “Sit down,” the captain says. “Where was the murder committed?” “San Francisco. Last night.” “Who was murdered?” Long pause. “I was.”

Counting Down the Greatest Crime Films of All-Time: #63 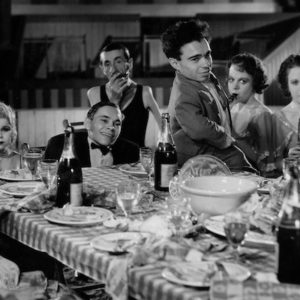