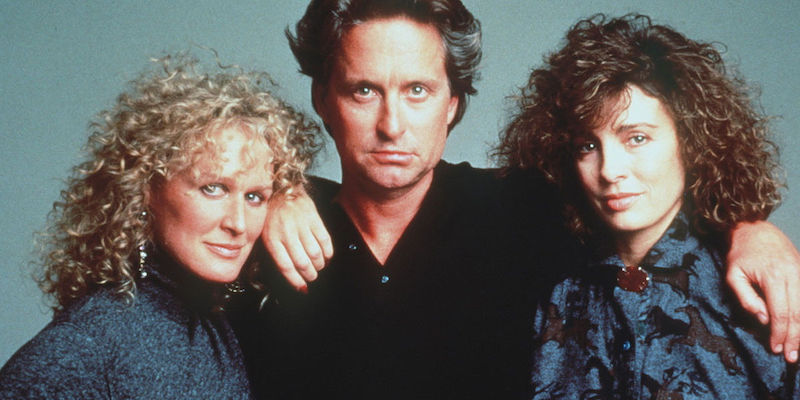 Counting Down the Greatest Crime Films of All-Time: #63

As the second-most commercially successful film noir made at the time (only Basic Instinct did greater box office, having the unfair advantage of Sharon Stone to lure audiences—especially men—into theater seats), Fatal Attraction nonetheless took severe critical flak for its ending. In customary Hollywood style, the philandering male receives only mild punishment for his sexual activity, while the sexually adventurous female pays with her life.

However, in the original version, director Adrian Lyne presented a far more complex portrait of Alex Forrest as the one night stand who is overly possessive, becoming a sympathetic woman rather than an obsessive monster. In frustration and despair, she kills herself. However, preview audiences so hated the ending and, by extension the film, that a new ending was substituted, and the more traditional ending helped make it a box office smash. 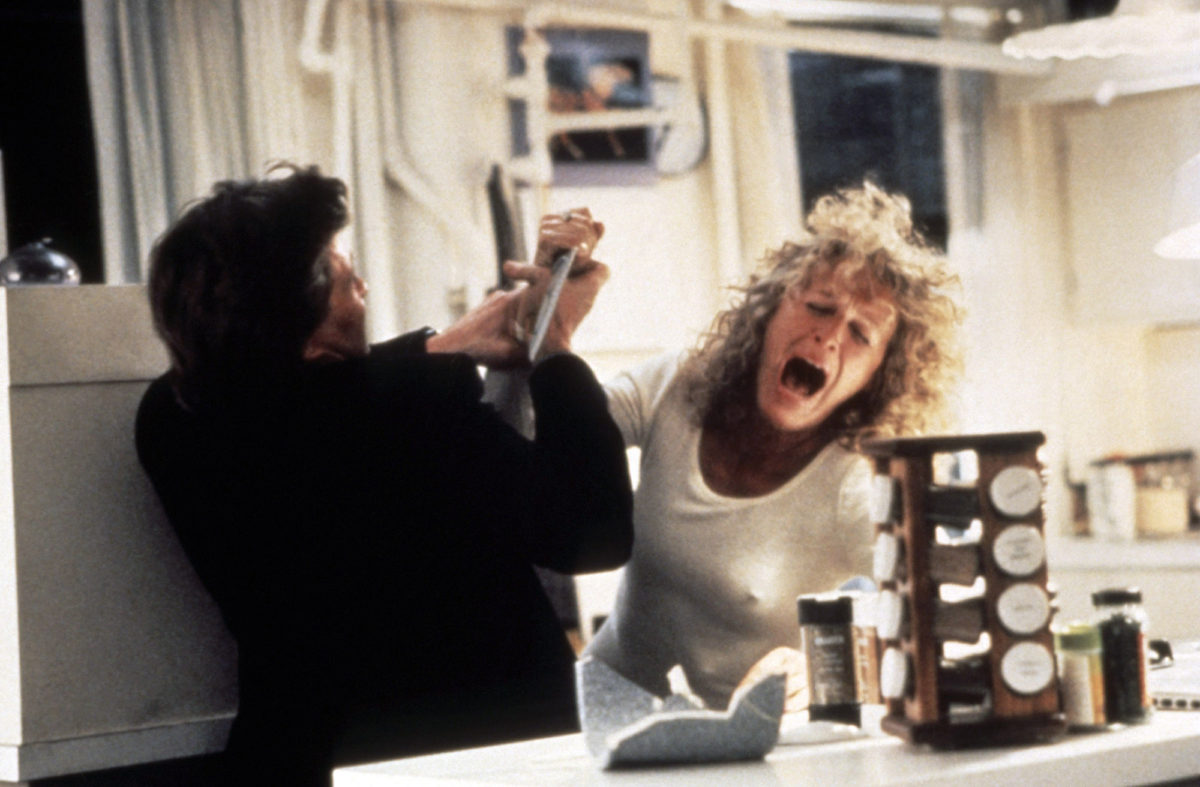 A successful and happily married lawyer, Dan Gallagher, is required to attend a Saturday meeting at the publishing house for which he works, so his wife and young daughter leave him in New York while they visit her parents in the suburbs. After the meeting, he goes out to dinner with Alex Forrest, an editor, and they return to his apartment to have sex, which continues throughout the weekend. Alex immediately becomes overly attached to him and, when he tries to leave for his home, she cuts her wrists. He comforts her and they separate.

Although Gallagher has made it clear that there are to be no further involvements, Alex begins to show up unexpectedly, and calls him at the office and in the middle of the night at his home. Finally, she informs him that she is pregnant as a result of their brief liaison. When he continues to want nothing to do with her, she escalates her actions, ruining his car, invading his home, killing his daughter’s pet rabbit, briefly kidnapping her, and ultimately attempting to stab his wife to death.

In a violent conclusion, he subdues her, holding her under the water of a bathtub until he believes her to be dead. With a last burst from the tub, large kitchen knife still in hand, she slashes at him, only finally to be shot to death by his wife.

Fatal Attraction was a huge success with audiences, but attacked by various groups and critics. Feminist groups had a negative response to the film because they resented the portrayal of a sexually active woman as a violent schizophrenic. Others charged that the entire story line was manipulative, while conceding that it was suspenseful.

While certainly a film of its time, it would be impossible to argue that it’s not old-fashioned in its values. A sexually loose woman is made to pay for her transgression with her life, while the man (far more guilty, as she is single and he’s an adulterer) is free to return to his wife after the tense days and resume his happy life.

Fatal Attraction has been accused (perhaps accurately) of inhibiting sexual activity in the 1990s because of the price the male protagonist paid for his little fling, not to mention the ultimate price paid by his sexual partner. It has further been described as a subliminal warning about the dangers of sexual activity in the era of AIDS.

Academy Award nominations went to the film for Best Picture, to Adrian Lyne for Best Director, to Glenn Close for Best Actress, and Anne Archer for Best Supporting Actress.

Alex tells Gallagher that she’s pregnant as a result of their weekend together. He asks her how she knows it’s his. She responds (with a cold glare): “Because I don’t sleep around.” 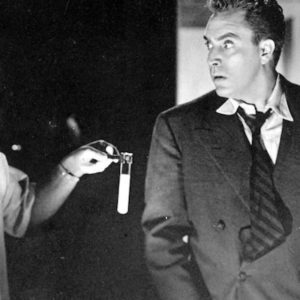