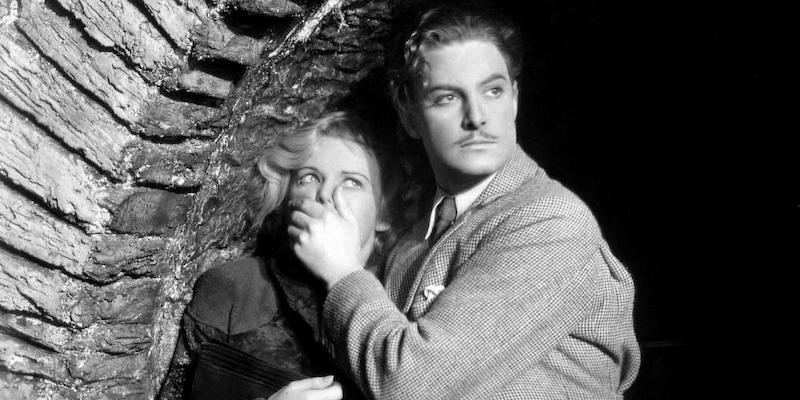 Counting Down the Greatest Crime Films of All-Time: #66

The writer of the screenplay, Charles Bennett, worked for both the Federal Bureau of Investigation and U.S. Naval Intelligence during World War II. He was a tremendously gifted screenwriter who worked with Alfred Hitchcock on some of the master’s most successful films (The Man Who Knew Too Much, 1934; Sabotage, 1936; The Secret Agent, 1936; and Foreign Correspondent, 1940). 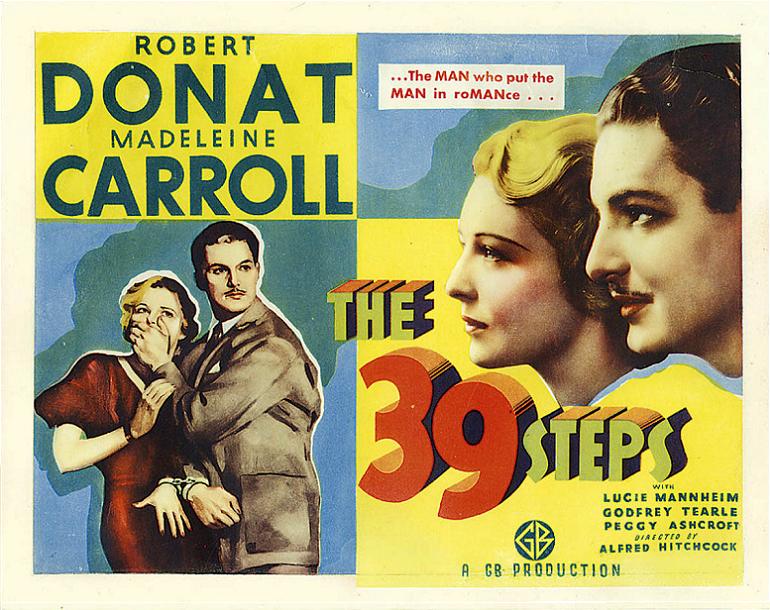 When a shot is fired in a crowded British music hall, causing a panic, a young woman who calls herself Miss Smith pleads with Richard Hannay to take her back to his apartment. When they get there, she reveals to him that she is in fact a secret agent on the trail of spies who intend to smuggle government secrets out of the country. Soon after, she is murdered and Hannay is suspected of the crime. He is convinced that the only way he can clear himself is to find the real killers—the espionage agents. Based on the information given to him by Miss Smith, he heads to Scotland by train, on which he meets the lovely Pamela. Although attracted to her, he becomes increasingly irritated when she refuses to believe his story. When the spies catch him, they believe Pamela to be involved, so they handcuff the two together. Hannay and Pamela escape, still handcuffed, and are chased by both the police and the espionage agents. Finally, realizing that Hannay’s outré story is true, Pamela agrees to help him, and they return to London and the music hall where Mr. Memory is performing. Hannay asks him the right question and the performer unwittingly provides the solution to the crimes.

The 39 Steps is the film that made Alfred Hitchcock famous in America. He’d had a string of successes in England, but it took this highly suspenseful and accessible thriller to bring him the mass appeal that the film world requires.

As the most successful director of suspense films of all time, Hitchcock had several tricks that he used on numerous occasions. Notable in The 39 Steps is his familiar device of having the hero (and in this case the heroine) chased both by the police and the criminals. The reason for this double-barreled threat is entirely pragmatic. If the hero is chased by only the bad guys, he could simply go to the police. But if the police want him as well, he can’t very well go to them for help, casting him as a far more vulnerable and sympathetic character. This classic chase film, in many ways reminiscent of Hitchcock’s later North by Northwest, is a nonstop series of incidents that leave the heroes, as well as the audience, breathless.

The term “MacGuffin,” so much associated with Hitchcock throughout his career, first came to be used in connection with this picture. The “MacGuffin” is the item (stolen jewels, government secrets—whatever) that causes all the activity to occur. As Hitchcock pointed out, it doesn’t really matter what it is, so long as it’s there.

When Robert Donat appeared in The 39 Steps, he was at the peak of his immense popularity, having just made The Private Life of Henry VIII (1933) and The Count of Monte Cristo (1934); he was about to make Goodbye, Mr. Chips (1939). Madeleine Carroll, too, was at the apex of her successful career, starring in such films as The Case Against Mrs. Ames (1936), The General Died at Dawn (1936), and The Prisoner of Zenda (1937).

The 30 Steps has been remade twice, once in 1959 with Kenneth More, and again in 1978 with Robert Powell. Neither is memorable, though both have storylines that more accurately follow John Buchan’s novel.

“Mr. Memory” is a music-hall performer whose act is displaying his remarkable memory. In a ridiculous non sequitur, a patron repeatedly asks him, “How old is Mae West?” (Remember, this was 1935!) 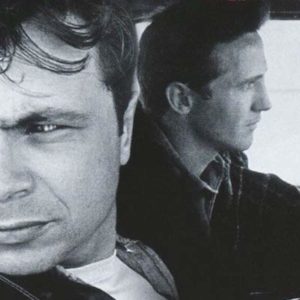