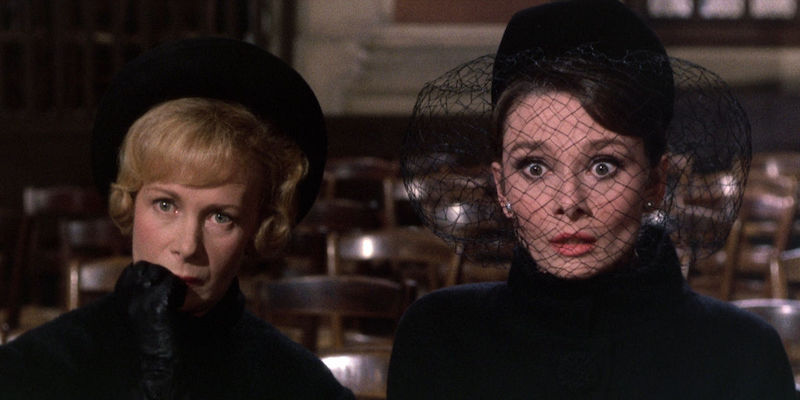 In addition to being one of the most clever and sophisticated comic thrillers outside the oeuvre of Alfred Hitchcock, Charade was a career-saver for director Stanley Donen. Best known for such musicals as Singin’ in the Rain (1952), he hadn’t worked at all in three years. He recognized the excellence of Peter Stone’s script and saw it as his potential, badly needed, smash when it was offered to him by Universal.

Meanwhile, Universal was looking for a director who could make successful Hitchcock-like motion pictures when the master was otherwise engaged. Sophisticated comic suspense films were surefire box-office hits and having all the eggs in the Hitchcock basket was too risky. Donen, they hoped, might be their man.

Problem #1: Hitchcock was not at all pleased to think that someone else would move into his own highly personal sandbox to play and did everything he could think of to undermine Donen.

Problem #2: Grant was starting to look his age and needed lots of makeup to convince audiences that he would make a good husband—rather than father substitute—for Audrey Hepburn.

Problem #3: Stone was rewriting daily as he battled with Donen, a good director whose background was in musicals and light comedies and who had no idea how to properly set up the elements in a traditional whodunit and, moreover, was no fan of the form in the first place.

Problem #4: Hepburn was getting a bit temperamental, demanding more and more expensive outfits designed for her by Givenchy.

Miraculously, everything came together to make this bright and intelligent film. 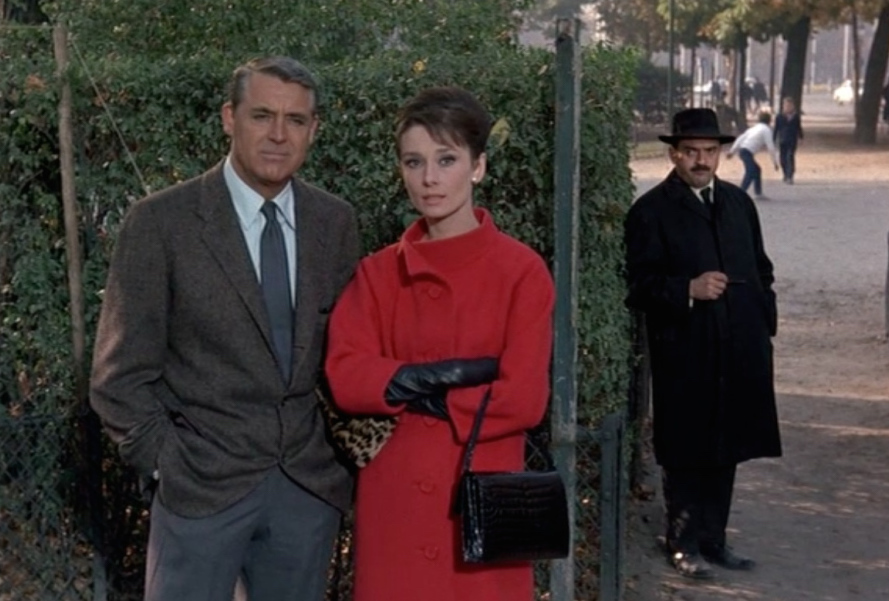 Fresh from a skiing trip in the Alps, Reggie Lambert returns to Paris to find her apartment empty, stripped of every piece of furniture and clothing, and her husband, Charles, dead. At the funeral, three Americans stop at the casket and make sure the corpse is really dead by stabbing it with a pin and holding a mirror to its mouth. The handsome Peter Joshua, whom she met on her holiday, helps Reggie find a hotel room.

Reggie is called to the U.S. Embassy, where Hamilton Bartholomew informs her that her husband and four accomplices stole a quarter million dollars in gold during World War II. He asks her help in retrieving the loot and warns her that her life might be in danger, as another of the crooks, Carson Dyle, had been killed but the other three were the sinister men who had attended the funeral.

She assures him that she has no idea where the money is and says the same to the three crooks, who threaten her. She seeks protection with Joshua, who now tells her that he is Carson Dyle’s brother, Alexander, but when Bartholomew tells her Dyle had no brother, she confronts him and he admits that he is a thief named Adam Canfield.

All three of the American crooks are killed and Reggie now believes that Joshua, or Dyle, or Canfield, is actually the killer. But he isn’t. He is really a U.S. Treasury agent named Brian Cruikshank. She then learns that the man passing himself off as Bartholomew is actually Carson Dyle, who, while in pursuit of Reggie to get the money, falls through a trap door at the Comedie Francais and plunges to his death.

After they figure out that the money has been converted into three fabulously valuable stamps, Reggie says to Cruikshank: “Oh, I love you, Adam…Alex…Peter…Brian…Whatever your name is. Oh, I love you. I hope we have lots of boys and can name them all after you.”

The plot, with its many twists and turns; the high class stars, Audrey Hepburn and Cary Grant; the low-life villains; the wonderful chase scenes and suspenseful rooftop battle between Brian Cruikshank and Herman Scobie, the frequent use of comedy to leaven the suspense—all are so reminiscent of an Alfred Hitchcock motion picture that it is difficult to imagine that anyone else could have directed it, but clearly Stanley Donen was, this once, the equal to the master.

Peter Stone won an Edgar Allan Poe Award from the Mystery Writers of America for his screenplay.

A friend suggests to Reggie Lambert that she have affairs rather than get a divorce: “With a rich husband and this year’s clothes, you won’t find it difficult to make some new friends.” “Look,” Reggie replies, “I admit I came to Paris to escape American provincial, but that doesn’t mean I’m ready for French traditional.” 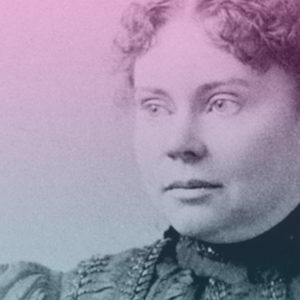 When Lizzie Borden, in 1893, went on trial for the 1892 murders of her father and stepmother, Andrew and Abby Borden, few expected...
© LitHub
Back to top