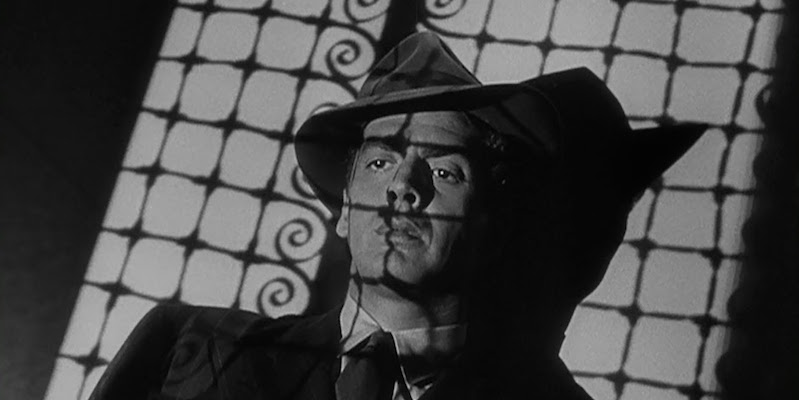 Even though he was one of the most brilliant Hollywood producers, it seems likely that Darryl F. Zanuck never quite got it when it came to film noir. In keeping with the style, tone, characters, and plot of the entire narrative, I Wake Up Screaming had a downbeat ending—pretty much what one would expect from a dark tale of crime, murder, obsession, and misguided passion. However, Zanuck insisted that the picture end with a sprightly song-and-dance number by one of Hollywood’s upcoming stars, Betty Grable. The ending was so ludicrously unsatisfying that director H. Bruce Humberstone was permitted to make a change to the version that was released. After seeing what a lousy ending he had concocted, Zanuck told Humberstone to come up with a different one. The director pondered for hours and finally fell asleep without a satisfactory solution, but when he awoke, the entire last scene, in best Hollywood fashion, was completely laid out in his mind, Zanuck thought it was a brilliant solution but blasted Humberstone for wasting so much production time with that silly Grable songfest! Zanuck’s hand, incidentally, was in another major change from the original plan. The film was originally a Hollywood story but Zanuck had forbidden any of his pictures to be set there, so it was moved to New York, indulging Zanuck’s affection for the swanky nightclubs, theaters and apartments of Gotham. 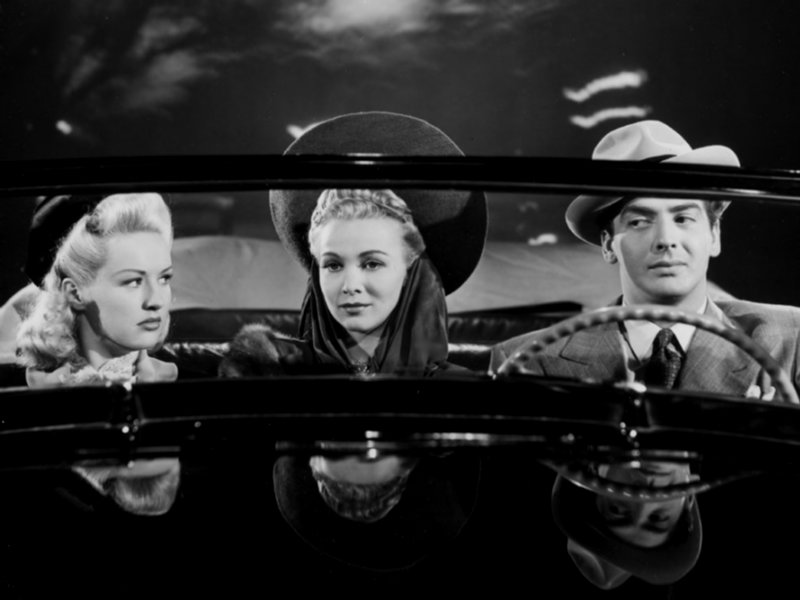 Frankie Christopher, a promoter, goes to a luncheonette with his friends Robin Ray, a washed-up actor, and Larry Evans, a newspaper columnist, where they meet Vicky Lynn, a beauty with ambitions to be a star. Impressed with her, they decide to try and make it happen. Frankie takes her out to a ritzy nightclub, introduces her around, and she gets two modeling offers that very night. This is just the beginning, as more offers and publicity come her way, but then she suddenly tells Frankie she has accepted an offer to go to Hollywood—without him. Disappointed and angry, Frankie meets up with Ray and Evans, who share his feelings because they, too, have fallen for Vicky.

That night, Vicky is murdered and Frankie is questioned, as is her sister, Jill, who doesn’t care for Frankie but believes him innocent. She is telling the police about a sinister man who seemed to be stalking her sister when she spots him; he turns out to be Ed Cornell, one of the best cops on the force.

The assistant district attorney releases all the suspects because he is convinced that Vicky was murdered by Harry Williams, the switchboard operator at the hotel where she lived, who disappeared the night she was killed.

Jill, eager to exonerate Frankie while learning who the real killer is, finds out that Williams was picked up for questioning but released because he said he’d gone to visit his parents. Cornell believes Jill is withholding evidence, and she is—an angry letter that Frankie wrote to Vicky when he learned that she was leaving for Hollywood. Jill goes out with Frankie to learn more and falls for him. Just as she is about to give him the incriminating letter, Cornell bursts in and arrests Frankie, but Jill helps him escape. She is arrested briefly, but when released, she and Frankie become convinced that Williams is the murderer and decide to trap him into confessing, which he does. Williams admits that he was madly in love with Vicky, but he tells them that Cornell knows he’s guilty but let him off so that Frankie would be arrested for the crime. Frankie goes to Cornell’s apartment and finds the walls covered with pictures of Vicky and a shrine on the mantle.

When Cornell returns, he denounces Frankie for changing Vicky, with whom he’d been in love and hoped to marry. His plan to frame Frankie gone awry, Cornell drinks poison and dies.

I Wake Up Screaming is one of the first noir films and one of several motion pictures in which Laird Cregar played a crazed killer, obsessive fetishist, or oily villain, as in such films as This Gun for Hire, The Lodger, and Hangover Square. In despair over his obesity, he went on an extreme crash diet, weakening his heart and killing him. In 1948, the beautiful Carole Landis committed suicide.

Steve Fisher wrote the story I Wake Up Screaming as a film treatment and then wrote a novelization of it afterward, so the film is not based on the book, as is usually stated, but rather the book was planned to coincide with the release of the film.

The character of Ed Cornell received his last name as an homage to the greatest of all noir writers, Cornell Woolrich.

I Wake Up Screaming was originally titled Hot Spot and was first released that way, getting reviews under that title. As studio executives debated about which titled they preferred, the editor of Photoplay magazine, Ernest Heyn, requested permission to serialize the story as I Wake Up Screaming, and the dilemma was resolved.

The story was loosely remade in 1953 as Vicki, with Jean Peters in the titular role, Jeanne Crain as her sister, and Richard Boone as the obsessive detective.

Detective Ed Cornell is in Jill Lynn’s apartment and sees a picture on the wall titled “The Garden of Hope.” Jill wonders what would be the good of living without hope. In a dead voice, the lonely detective responds, “It can be done.” 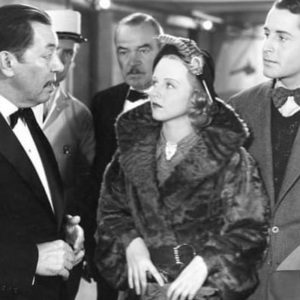