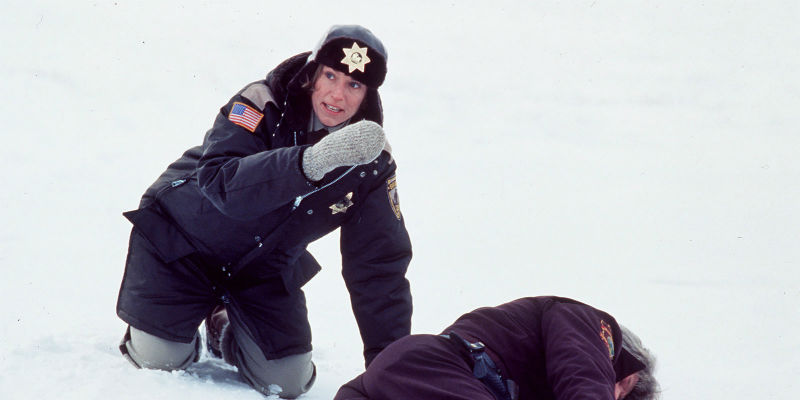 The motion picture opens with the stark and unequivocal statement:

This is a true story.

The events depicted in this film took place in Minnesota in 1987. At the request of the survivors, the names have been changed. Out of respect for the dead, the rest has been told exactly how it occurred.

In fact, none of it is true and the Coen brothers made up the statement, just as they made up the rest of the film. (This in not unlike the preamble to Return of the Living Dead, which also claimed to be a true story, with not even the names being changed. The fact that the film was about zombies and the dead returning to life suggested to many filmgoers that they were witnessing a spoof.) 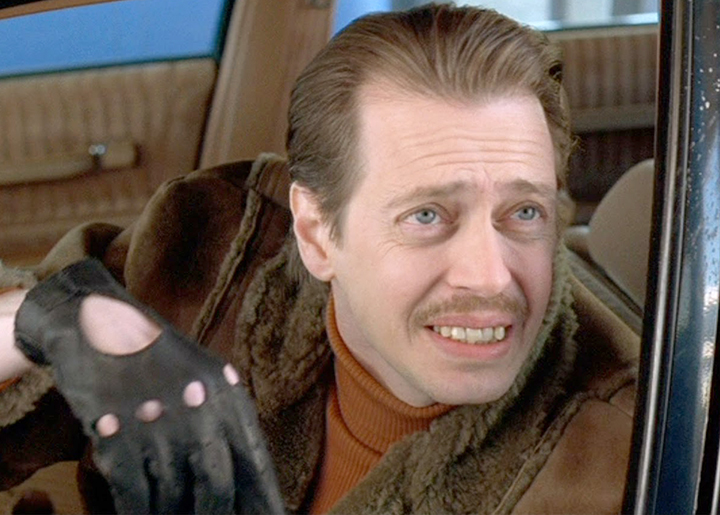 Badly in debt and desperate, car salesman Jerry Lundegaard hires two crooks, Carl Showalter and Oscar Grimsrud, to kidnap his own wife, counting on her wealthy father to come up with the ransom demand. He tells the hoods that he will seek a ransom of $80,000 and that he will pay them half of that, plus a new car. They agree and drive off. When they are stopped by a patrol car for not having proper license plates, Grimsrud shoots the trooper in the face, killing him. As Showalter drags the body off the icy road, a young couple in a car happens by and they flee but skid off the road. Grimsrud chases them, finds the overturned car, and shoots them both.

Chief of Police Marge Gunderson is called in the middle of the night and, when she arrives at the crime scenes, deduces exactly what happened, recognizing that two men were responsible. “I’ll tell you what. From his footprints he looks like a big fella,” she says of the shooter. She checks the slain policeman’s log, and finds the car he stopped had dealer plates, and traces them to the Twin Cities.

Meanwhile, the kidnappers tell Lundegaard they want the whole $80,000 ransom because they had to kill people. Lundegaard protests, but not too much, as he has actually told his father-in-law the ransom demand is $1,000,000. It is his plan to take the million and deliver $80,000, keeping the rest. The plan goes awry when his father-in-law, recognizing what a bungler Lundegaard is, insists he wants to deliver the money himself. Showalter shoots the father-in-law dead but is also shot in the face. When he opens the suitcase, he sees a million dollars and decides to burry all but $80,000 of it, which he brings back to his partner, who insists they split the car, one buying out the other’s half. Showalter refuses, saying he got shot so he’ll take the car, and is shot by Grimsrud, who has killed the kidnapped woman. He is feeding his partner into a wood chipper when officer Gunderson captures him, shooting him in the leg as he attempts to flee.

There are many similarities in structure between this relentlessly escalating botched crime and the first film made by Ethan and Joel Coen, Blood Simple, in which a bar owner hires a man to kill his wife and lover, only to be killed himself by the hand of the hired gunman. When the body is discovered by his wife’s lover, he believes she committed the murder and tries to cover it up, with disastrous results.

Frances McDormand, who made her film debut in Blood Simple, won an Oscar for Best Actress in Fargo, and the Coen brothers won a statue for Best Original Screenplay. Nominations went to the film for Best Picture, to Joel Coen for Best Director, and to William H. Macy for Best Supporting Actor.

Marge Gunderson has discovered that the two killers had been with a couple of young prostitutes and she asks them for a description. One describes the smaller one as “kinda funny lookin’.” Marge asks, “In what way?” “I don’t know,” she says, “just funny lookin’.” “Can you be any more specific?” Marge prods. “I can’t really say,” the girl answers. Wanting to be helpful she offers, “He wasn’t circumcised.” Marge asks, “Was he funny lookin’ apart from that?” Unable to further articulate a physical description, the prostitute concludes, “Like I say, he was funny lookin’. More than most people even,” as her friend nods in agreement. 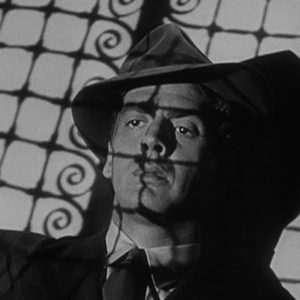