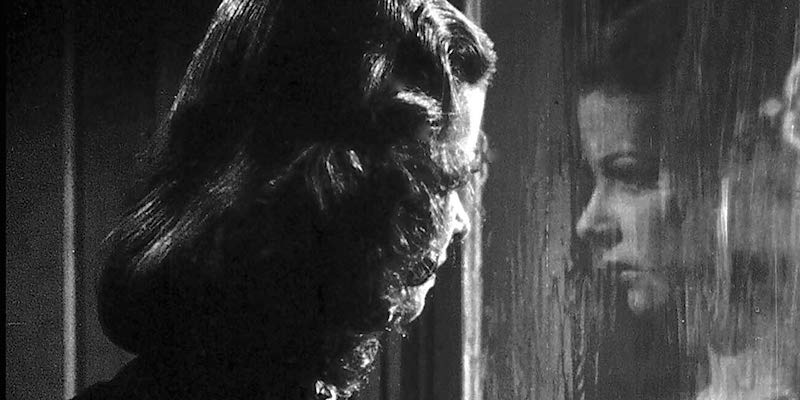 Counting Down the Greatest Crime Films of All-Time: #89

Fritz Lang’s noir masterpiece was one of a pair of bookends he made a year apart with essentially the same cast. In The Woman in the Window, a mild-mannered professor who has unwittingly risked his future for an innocent evening with a femme fatale is saved when he wakes to find that the quicksand in which he had figuratively been trapped in was all a dream. He never meant to do wrong, so Lang spared him. In Scarlet Street, released the following year, a mild-mannered businessman readily succumbs to the temptations of a beautiful girl and chases her, even sinking to stealing money from his job to keep her. When he finds that she loves another man, he kills her and allows her sleazy boyfriend to be executed for the murder. In this film, Lang lets the male protagonist suffer because he made the wrong decision. He did mean to do wrong and wanders the streets endlessly, mad with guilt. Edward G. Robinson played the milquetoast both times, Joan Bennett convincingly played the alluring love interest twice, and Dan Duryea excelled at his specialty—playing a woman-beating hood—in both films. 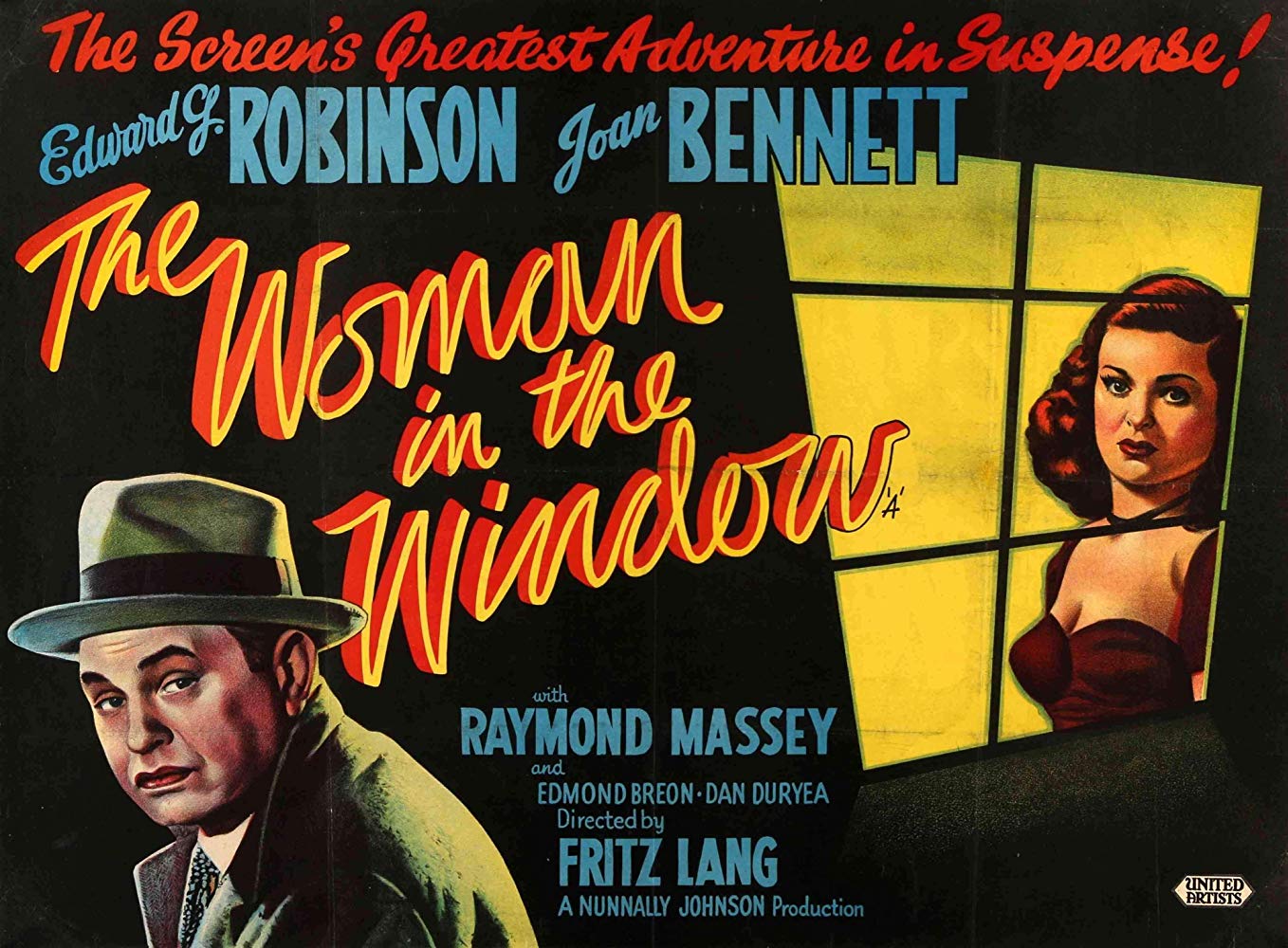 A middle-aged psychology professor, Richard Wanley, sees his family off for the summer and returns to his club to meet his friends, one of whom is the District Attorney Frank Lalor. They discuss the loss of adventure as they’ve aged and the professor is warned against seeking it. Later, leaving the club, he stops to stare at a portrait of a beautiful woman in an art gallery window, only to be surprised when he finds Alice Reed, the model, standing next to him. She invites him to her apartment to see more sketches of her, and he accepts.

While Wanley and Alice are innocently chatting, her jealous boyfriend, Frank Howard, enters the apartment and attacks the professor, choking him. Unable to get Howard to stop, Alice hands the professor a pair of scissors, with which he stabs his attacker, killing him. Rather than call the police, they decide to dispose of the body. Wanley drives to the country and throws it in the underbrush, scratching his hands on a barbed-wire fence in the process.

Put in charge of the case, the D.A. takes his friend Wanley to the scene of the crime, and they comment on his scratched hand and the poison ivy nearby, which also appears on the professor’s hand.

The murdered man had a bodyguard, Heidt, who has figured out that the murder took place at Alice’s apartment, and shows up, demanding $5,000. She and the professor raise the money but when Heidt comes to collect, she tries to poison him, which infuriates him. He searches her apartment and finds incriminating evidence which he pockets, demanding another $5,000. Distraught, she calls to tell the professor of the new demand, and he takes an overdose of sleeping powder. While sitting on her bed, sobbing in despair, she hears gunshots in the street and runs out to find Heidt has been shot to death by the police, who find the money and other evidence on him. She calls the professor, but he cannot be roused. Finally, his eyes open, and he realizes that he has fallen asleep at the club and dreamed the entire adventure.

Parting from film noir tradition, Alice Reed, though a beautiful and provocative woman and clearly the mistress of the murdered man, does not lead the male hero into hopeless desire and ultimate doom. She is as much an innocent victim of circumstance as Professor Wanley.

The film also diverges from traditional noir sensibility by having a comic ending. Only the despised murder victim and the cheap blackmailer die, while the two stars are able to resume their normal lives.

Fritz Lang’s original version of The Woman in the Window had a very different ending, much more in keeping with noir expectations. When Heidt tries to blackmail him in the earlier version, Professor Wanley kills him and later commits suicide. But Lang felt the price that Wanley had to pay for merely going home with a woman was too high and changed the ending to the more upbeat one that was in the final print. Lang thought it was a good cautionary tale, warning audiences that they must always be on guard.

The original working title of the motion picture was Once Off Guard. Merle Oberon had been the original choice to play Alice Reed, but was replaced by Joan Bennett.

District Attorney Frank Lalor about a female suspect: “She’s got something on her conscience…but what woman hasn’t?” 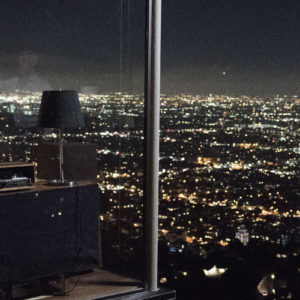 On January 21, 1992, Little, Brown and Co. published the debut novel of a writer so obscure that even the newspaper where...
© LitHub
Back to top