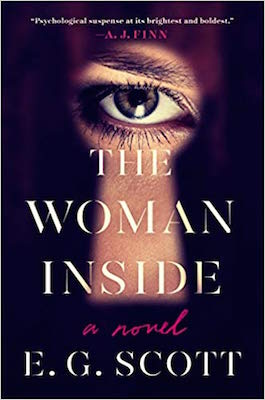 The following is an exclusive excerpt from The Woman Inside, the first from pseudonymous duo E. G. Scott and a debut already being adapted for TV by the producers of HBO’s Sharp Objects. A once-ravenous marriage turns listless and a husband turns to an alluring neighbor to mend his wounded ego.

My wife and I are different types of liars. It’s one of the interesting things you learn after nearly two decades of marriage. I tend to get creative with the details. She, on the other hand, selectively omits.

Rebecca and I came to each other with roughly the same amount of damage. I suppose that for both of us, the lying comes down to control, an attempt to manage our past by reconfiguring our present. This was explained to me as a child by the psychiatrist who was assigned to my case. I think I remember so clearly because I was desperate to make a good impression.

“Paul, you can call me Dr. A, okay?” Her smile warms me from the inside.

“Paul, do you understand what happened to your parents?”

“You understand that it was an accident? That it wasn’t your fault?”

She wore a fine silver necklace with a small sapphire pendant that looked like an heirloom and matched her eyes. I remember the way it rested against her skin, accentuating the delicate lines of her cleavage. She was kind and put me at ease.

We tell ourselves lots of things. Lots of pleasant, hopeful lies.

When Rebecca and I were first married, man, were we crazy about each other. Just over the moon, two wild, wide-​eyed kids. And what eyes she has. Sultry, smoky, sleepy yet savvy. I was defenseless against them. And we were hopelessly in love. It was beautiful. And stupid. And I believed then—I really believed—that we could see each other through anything. And in a way, I suppose we have.

And we were hopelessly in love. It was beautiful. And stupid. And I believed then—I really believed—that we could see each other through anything. And in a way, I suppose we have.

Rebecca and I used to make love for what seemed like days on end. I’d get swallowed up by those eyes of hers as my mouth melted into her full lips and her dark, flowing hair swept across both of our faces.

Time had a way of evaporating when we were tangled up in the sheets, or standing up in the shower, or finding creative uses for the secondhand furniture we’d accumulated. We even managed to find some kinky ways to utilize my small collection of neckties. Only when we’d pry ourselves apart in sated exhaustion did the world around us return to any semblance of order.

When you’re young and dangerous, everything is available to you. The world seems utterly gift wrapped. You have a beautiful young wife with a hot ass and a way with words that makes you feel a little weak, in a way that you can allow yourself to be. In a way that feels vulnerable, but you welcome that vulnerability. You let it in, because your relationship is solid. The bonds of marriage are impenetrable and protect you from the outside world.

Not that you really need any protection. Everything else is going beautifully. You have a thriving contracting business. People are racing to build new houses. You can barely keep up with the number of projects you’re juggling, but when you get thrown yet another, who are you to say no? You can do it. You’re the king. You can keep all of those plates spinning. You’re even able to make the time to dig, pour, and build the basement foundation and lay in the utilities for the dream home you’re designing for that gorgeous wife of yours. The one who’s killing it at work herself. And when you lay her down, and you’re on top of her, she looks at you like she’s on top of the world. And that makes you feel as if you are. And, after all, you are. You’re it. You’re the fucking man.

Then reality wallops you, and it feels like getting hit in the face with a sackful of nickels. The market crashes, construction halts, and you’re sitting there with your dick in your hand. The money dries up immediately, and suddenly you’ve got a dozen half-​finished projects and no prospect of completion in sight. You’re no longer holding the sticks on which you were spinning all those plates. Through nothing other than bad luck and bad timing, you’re completely screwed. You’ve got a ton of money out and nothing coming in. Your ambition has come back to haunt you.

And there’s your ego, needling you. Your wife is understanding. She really is. She’s supportive, she’s compassionate, and she listens. But she can only listen to what you tell her, and you’re not telling her everything, are you? You’re not telling her what’s really eating at your guts, the stuff that’s keeping you up at night even as you lie as still as possible next to her so she thinks you’re sleeping soundly. You don’t want to burden her with all of that. Why would you need to? After all, you’re the fucking man. At least, you were.

You’ve been slammed into a different reality, and it stings like hell. Your beautiful, charismatic wife, who could sell wool to a sheep, is absolutely cleaning up at her job—not to mention taking full advantage of the pharmaceutical perks. At some point it strikes you, in a morbidly funny sort of way, that there might just be a connection. The economy is in the tank, and people can’t get medicated fast enough. Maybe fate does have a sense of humor.

You sit around the house, trying to figure out some way to revitalize your career. You scramble, you scratch, you reach out to whoever might take your call. You try to think of something. Anything. But you’re looking at nothing. And all of those gaudy, glistening trophies on the mantelpiece? They’re looking at you. Those testaments to your wife’s sales numbers and general dominance in her field? They’re looking down at you, judging you, pitying you. Asking themselves what kind of man you really are.

It takes a while to sink in, but the blow is no less harsh. Your wife is now handling shit. Because you no longer can. The woman you affectionately refer to as Madoo— your dove— has been left to take care of you, because you can’t be a man anymore. You’ve never been one to wallow, but you’re feeling pretty sorry for yourself now, aren’t you? And it’s grinding away at her, that’s for sure. You find yourself feeling relieved that you decided against bringing kids into the equation.

She would never let on, but you can see it in her eyes. She’s a little more tentative with you, as if she’s addressing your pride first. She lets you take the initiative more, and it feels like a concession. Whereas you two used to dance the dance fluidly, seamlessly, you can now feel her making a point of letting you lead. And when you do make love, she doesn’t look you in the eyes the same way anymore, and you can barely bring yourself to look into hers. There’s a rigidity that creeps into her body. She doesn’t open up for you the way she used to, doesn’t take you inside with the same abandon. It’s as if you’re drifting by each other.

You start to wonder what she’s still doing with you, why she hasn’t left yet. Her head is elsewhere, and you figure her eyes can’t be far behind. It gets to the point where you’re surprised at her having stayed, then disappointed in her weakness for doing so. Why wouldn’t she just go? You would have. What’s she waiting for?

You try to project the outward signs of a healthy, functional marriage: mutual respect, support, caring. And those things are still there. But something else has crept in, eroding the edges and eating away at the heart of your relationship. You feel it in your daily lives, and yet neither of you is able—or willing—to address it. And it certainly has put its stamp on your sex life. You’re now at the point where you’re not interested in making love with her anymore. You need something raw, more animalistic, to fill the need.

You try to project the outward signs of a healthy, functional marriage: mutual respect, support, caring. And those things are still there. But something else has crept in, eroding the edges and eating away at the heart of your relationship.

Sheila was a mistake. But I suppose things are only ever mistakes in hindsight. I never meant for it to happen, but it happened all the same. When we met, I was two years into my run of unemployment, still plotting my path back to success. My daily ritual of taking walks down to the bay with Duff both got me out of that prison of a house and helped focus my brain, bringing me closer to my next great idea, which was always just out of reach.

Sheila lived a few blocks away and would often be out walking her dog around the same time that Duff and I were stretching our legs. She wore her ash-​blond hair in a loose bun and always looked effortlessly, casually put together. She was a few years younger and exuded an energy I found myself drawn to. I figured out her schedule, and after a few days of polite waves, I stopped to speak with her.

“Hi there. And who’s this big fella?”

She leaned over to pet him, revealing a glimpse of lace trim where her bra crept out from the neckline of her shirt. “Hi, Duff! You’re a sweetheart, aren’t you? And who’s this big fella?” As she looked up at me, her liquid blue eyes cast a mischievous radiance.

“Paul. Duff here’s the smart one. I’m the big dumb animal of the pair.”

I did my best to return her look.

She smirked, her lip gloss catching the sunlight. “Well, at least you’re not slobbering, Paul. Give yourself a little credit.” She held my eye for a long moment, then extended her hand. “Sheila. This is Molly.”

She had a warm, firm handshake. The dogs had finished sniffing each other, and as I bent down to pet her black Lab, I noticed Sheila cover her wedding ring with her right hand. At that moment, something shifted in me.

We’d do it at her place, while her husband was out of town and the dogs were running around in the yard. We did things that Rebecca and I hadn’t done in ages, and with a heat and intimacy I hadn’t felt in years. Sheila looked at me, touched me, made me feel about myself the way my wife used to. And so I let myself believe that Sheila meant more to me than she did. And for a while, I really was convinced.

From THE WOMAN INSIDE by E.G. SCOTT, published on JANUARY 22, 2019 by Dutton, an imprint of Penguin Publishing Group, a division of Penguin Random House, LLC. Copyright (c) 2019 by E.G. SCOTT.

Counting Down the Greatest Crime Films of All-Time: #89 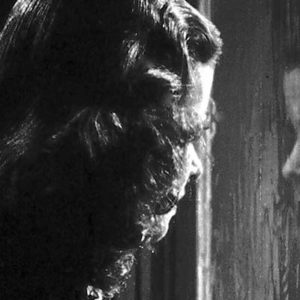