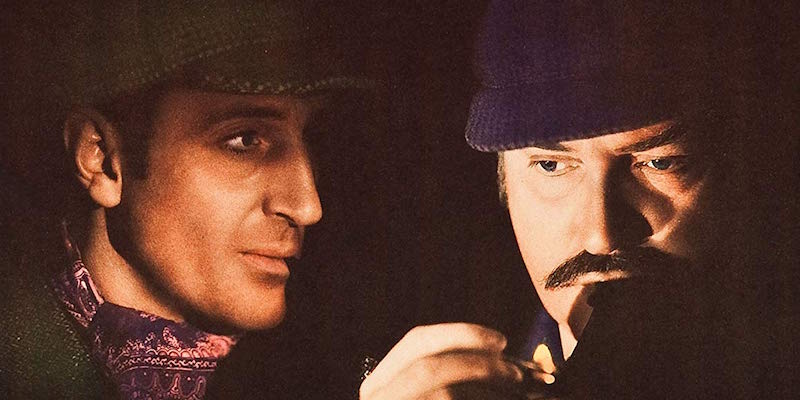 Basil Rathbone—an accomplished stage actor, especially in Shakespearean roles—played Holmes for the first time in this film, which was the first (after dozens of screen versions of Holmesian adventures) to be set in the Victorian Era. Rathbone, with Nigel Bruce as his Watson, went on to play Holmes in thirteen more full-length films, as well as 275 radio broadcasts and on the stage. Although he recognized that Holmes had made him famous, Rathbone also knew that he had, in fact, become typecast and that his career was ruined. 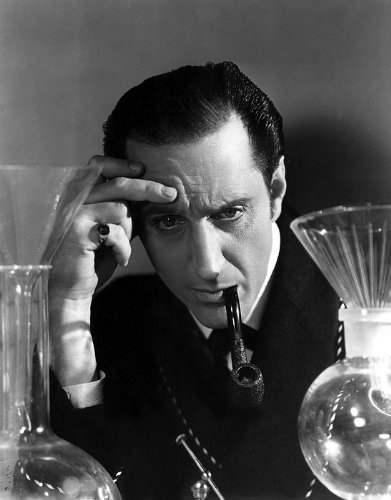 An ancient legend has it that a gigantic phantasmagoric hound prowls the Great Grimpen Mire, on which Baskerville Hall is located. Young Sire Henry has recently arrived from Canada to assume possession of the Baskerville estate after the mysterious death of his uncle. Dr. Mortimer, the physician of the Baskerville family, has come to Sherlock Holmes’s rooms at Baker Street because he is afraid that Sir Henry will meet a similar end. When attempts on Henry’s life are made in London, Holmes and Watson head to Dartmoor to prevent another death.

They arrive at Baskerville Hall and encounter the strange activities of Barryman, the butler, and his wife, who are caught signaling a strange man on the moor. When the man’s torn and mutilated body is discovered soon after, it is learned that he was Mrs. Barryman’s brother, an escaped convict, who had been wearing Sir Henry’s clothes. Holmes sets up a trap for the killer, saying that he is returning to London, and that night Sir Henry is attacked by a monstrous dog on the moor, only to be saved when Holmes and Watson shoot it. Everyone returns to the manor house, where Holmes unmasks the killer—a distant relative of the Baskervilles intent on killing all who remain in the family, so that he can claim control of the Baskerville fortune.

Arguably the greatest mystery novel ever written, The Hounds of the Baskervilles is also one of the most familiar, and it is a measure of its greatness that the film bears watching even if the viewer knows the murderer.

Extremely faithful to the book on which it is based and notable for introducing Rathbone and Bruce to the world as the definitive Holmes and Watson, the film has a superb cast, with such infamous screen villains as Lionel Atwill and John Carradine providing nice red herrings. Holmes aficionados have always resented the handsome new leading man, Richard Greene, being given top billing, and there is little chemistry between him and the pretty leading lady, Wendy Barrie. Barrie, incidentally, was a last-minute replacement for Anita Louise, because the head of production at Twentieth Century-Fox convinced the studio that British audiences would accept nothing less than an all-British cast, or at least one that appeared to be.

Admittedly a trifle slow-moving at times, the film nonetheless abounds with atmosphere in spite of the lack of background music—virtually unknown for a suspense film because of the music’s ability to heighten tension when properly used.

The magnificent, if creepy, Baskerville Hall was built entirely on Fox’s lot. It had been used previously for a Charlie Chan movie and was later used in The Man Who Wouldn’t Die (1942), a Mike Shayne film.

Dr. Mortimer informs Holmes that Sir Charles Baskerville has been horribly murdered, and that all around the body were footprints. Holmes asks, “A man’s or a woman’s?” “Mr. Holmes,” answers Mortimer, “they were the footprints of a gigantic hound!” 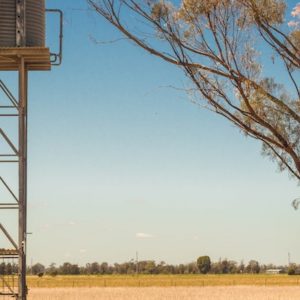