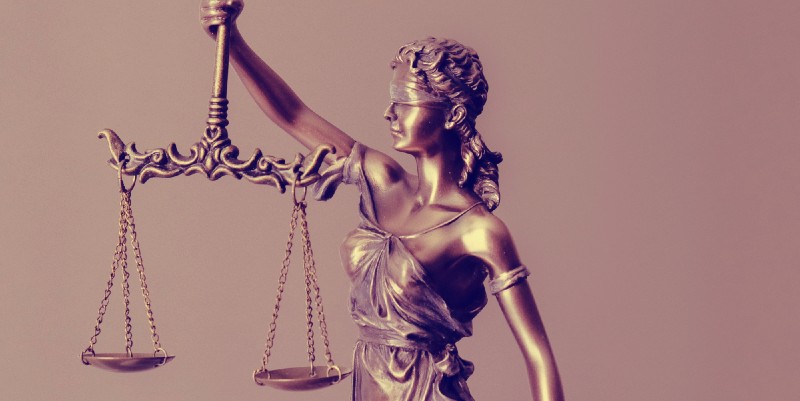 Disparate as they may seem, the cozy and the legal thriller derive from the same mysteries and influences.

At first glance, cozies and legal thrillers have nothing in common. Cozies are personifications of virtue, where the truth is always exposed and justice prevails, while legal thrillers bend that morality for the sake of suspense. In books like John Grisham’s The Pelican Brief, the wrong thing is often done (albeit for the right reasons), and even though the truth surfaces, the bad guys may still elude capture and the verdict may still fail to obliterate corruption. And yet, as subsets of the mystery genre, cozies and legal thrillers are considered to have sprouted from the same seed—Edgar Allan Poe’s short story, “The Murders in the Rue Morgue,” featuring C. Auguste Dupin and published in Graham’s Magazine in 1841. Poe’s story is often credited as establishing the basic plot repeated throughout detective fiction: The sleuth and his associates use research, interviews, and reasoning rather than brute force or physical violence to solve the crime. This reliance on intellectual tools resonates throughout both cozies (the puzzle = whodunit) and legal thrillers (the puzzle = the vagaries of our legal system).

But for a cozy to be truly satisfying, the plot must also adhere to the rules of fair play. According to Martin Edwards’s The Golden Age of Murder, these rules first came to fruition in 1928 when British mystery writer Ronald Knox introduced the Best Detective Stories of the Year anthology with what he called a “Decalogue” or the Ten Commandments for detective fiction. Later adopted by the Detection Club—a group of British mystery writers that included such greats as Agatha Christie and Dorothy L. Sayers—these rules aided the audience’s ability to play along with the sleuth and shaped a growing genre. Some of these rules stated, “The criminal must be someone mentioned in the early part of the story.” “No accident must ever help the detective.” “The detective must not himself commit the crime.” “The detective must not light on any clues that are not instantly produced for the inspection of the reader.” Cozies have become popular today because they include an amateur sleuth whose profession aids in the solution of the crime, thereby giving the audience a level of plot ‘accessibility’ not available with a technique-driven detective at the helm such as Arthur Conan Doyle’s Sherlock Holmes or a whip-smart attorney like Marcia Clark’s Samantha Brinkman. Transparency in communication between author, reader, and gumshoe gives the cozy audience an opportunity to solve the caper alongside the investigator.

A legal thriller, however, takes a different tact because the crime is viewed through the perspective of the lawyers prosecuting or defending the case. Since the entire thought process isn’t necessarily shared, the audience is an observer as opposed to a participant. Criminal cases and the politics surrounding those proceedings are meticulously recreated to highlight the inner workings of our justice system. While the average reader may consider Erle Stanley Gardner’s The Case of the Velvet Claws (1933) or Robert Traver’s Anatomy of a Murder (1958) as the pioneering examples of the legal thriller, real-life criminal misdeeds and salacious trials were being repackaged and presented as entertainment as early as the mid-1500’s if not earlier, according to Lars Ole Sauerberg’s The Legal Thriller From Gardner to Grisham. Most notably, German lawyer Georg Harsdorffer wrote A Gallery of Horrible Tales of Murder (1650), which highlighted the use of science to provide evidence and deduce guilt during a time when defendants’ pleas were still gained through torture. In the 1730s, a French lawyer, Francois Richer, edited a version of the Causes Célèbres, a collection of trial stories, where he included the preface, “I have taken care to arrange the material in such a way that the reader cannot spot at once how a case will end and what verdict will be pronounced. He remains in a state of uncertainty during the development of the action, and in that way, I believe each case will become more gripping . . . . The reader will remain curious up to the final page.” Whereupon, the element of suspense was added to the world of mystery and crime in a manner that moved the focus from morale tales to thrilling ones.

Playwright and novelist Wilkie Collins further contributed to this new genre when “The Lawyer’s Story of a Stolen Letter” (1854) became one of the first to combine suspense, detection, conspiracies, and the legal system into the plight of the innocent turned accused—a feat similarly mastered by Edgar Allan Poe in “The Purloined Letter,” his third detective story featuring C. Auguste Dupin, published ten years earlier. A fact that brings us back to the seed from which these two genres where born and one that provides hints to the one place where these two genres overlap: The need to educate through a universal social issue.

In fact, with the histories of our subgenres in mind, we can take that idea one step further and argue that the storytelling also overlaps because of the professions involved—whether it be judges and lawyers for legal thrillers or cops and cat sitters in cozies—acts as a filter through which the author educates the reader. For example, legal thrillers like Steve Martini’s Paul Madriani Series seek to educate readers on trial issues such as voir dire and the dangers of peremptory challenges, which has once again come to light as being a legal loophole that shows bias to people of color. Others like James Grippando’s Jack Swyteck Series, debate social issues that have divided our country for decades like the death penalty and writer-lawyers like Christopher Darden and Linda McKeever Bullard shine a light on the African American perspective.

Cozies, on the other hand, use hobbies, professions, and stages of life as the lens through which the reader views law, order, and community values. Consider the Baby Boomer Mysteries by Susan Santangelo that tackles the issues faced by retirees such as elder abuse or my own series the Victoria Justice Mysteries, which not only highlights the unique profession of court stenography but challenges the discrimination faced by people of color in the legal profession. My series, though currently marketed as a “cozy thriller,” follows the Golden Age’s rules of fair play and the traditional mystery format—female protagonist, small town, explicit clues—but my sleuth’s profession, a trial stenographer, establishes settings and characters normal associated with legal dramas.

Even though the protagonist in my series isn’t an attorney or lawmaker, she upholds the legal profession’s tenets of accuracy and honesty in the face of the law. Since the stories are told entirely from the heroine’s point of view, she use her knowledge of stenography to explain how these elements might not compute with Joe Q. Public but consistently save the day in the courtroom, particularly when it comes to the murders she’s resigned to investigate. But the mere fact that her moral compass that is stronger than the average ensures that justice must prevail and that, unlike the legal thrillers each book’s setting mimics, the series remains cozy because its endings leave no room for ethical ambiguity. 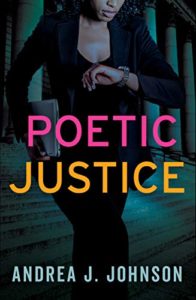 Andrea J. Johnson is a freelance contributor to the women’s lifestyle website Popsugar as well as a columnist for LitReactor, the online literary magazine dedicated to genre fiction and discussions on the writing craft. Andrea is also the Acquisitions Editor for the RIZE Imprint at Running Wild Press and the author of Poetic Justice, the first in the Victoria Justice Mysteries from Polis Books. Learn more about Andrea at ajthenovelist.com or on Twitter @ajthenovelist.
http://ajthenovelist.com 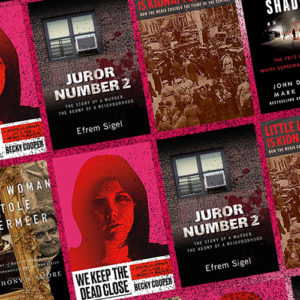 Here are the CrimeReads editors choices for the month's best nonfiction crime books. * Anthony Amore, The Woman Who Stole...
© LitHub
Back to top