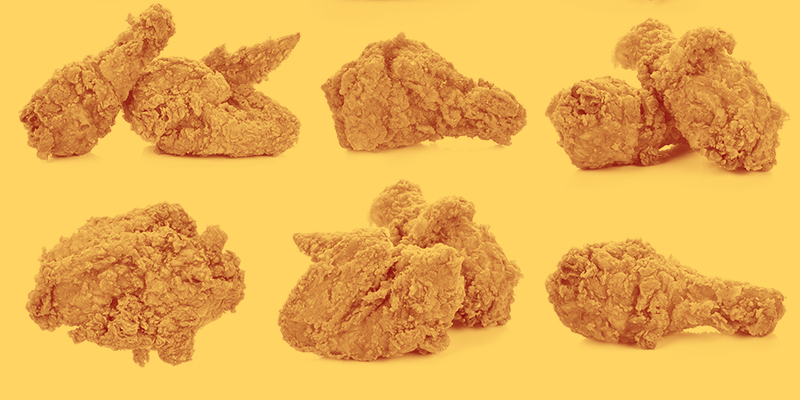 So why aren't there more batter-drenched mysteries to be found?

Some of the best foods are made with batter. Am I right? Think cake. Cupcakes. Brownies. Waffles and pancakes. Fritters and donuts. And then we have savory foods cooked in batter. Tempura. Batter-fried chicken and fish. Beer-battered chicken-fried steak. Onion rings!

In my newest Country Store Mystery, Batter Off Dead, pancakes aren’t the only foods made with batter. Chef Robbie Jordan serves up crêpes one morning, both sweet and savory, in her southern Indiana restaurant. Previous books in this long-running series have featured catfish, waffles, and Southern Jam Cake, and she and Abe O’Neill enjoyed three flavors of cupcakes at their wedding in the previous installment, No Grater Crime.

But when I went looking for cozy mysteries showcasing batter-fried savory foods, they weren’t easy to find, and none seem to be recent.

Linda Reilly has three books in her Deep-Fried Mysteries. I love that Talia Marby runs a British fish and chips shop and solves crimes on the side. In the most recent, A Frying Shame, Talia loses a cooking contest and then comes under suspicion when the winner loses big time after she’s found murdered. The real shame is that this delightful series, set in western Massachusetts, wasn’t continued.

Murder with Fried Chicken and Waffles, by A. L. Herbert, released in 2015 as the first in the Mahalia Watkins Soul Food Mysteries and gives us a double taste of batter-based treats. When Halia finds a difficult entrepreneur murdered in her soul food restaurant’s kitchen with a cast iron skillet by his side, and her cousin becomes a prime suspect, Halia really has her hands full.

But what about onion rings? I’m not sure how such a perfect food could have been ignored in the foodie cozy realm. And tempura? If an author with Japanese roots out there is considering a tempura cozy series, I promise to read it. I did find a recipe for tempura fritters in Fiona Leitch’s third Nosy Parker mystery, A Sprinkle of Sabotage, and they sound yummy.

All right, who’s getting hungry right about now? It must be time for a delectable taste of a batter-based dessert.

Jenn McKinlay’s Cupcake Bakery Mysteries deserve first mention. Does anyone not love these books? Strawberried Alive releases in May, and it has all the elements: newlyweds Mel and Joe, a small-town bakery, and murder, of course. Mel doesn’t like being shot at any more than other business owners do. But the baking must go on, and so must the sleuthing after the shots find their mark.

Ellie Alexander’s Bake, Borrow, and Steal, the fourteenth in her Bakeshop Mysteries, came out in December 2021. Batter is involved in the chocolate masterpieces and lardy cakes Jules Capshaw and her bakery create for a Shakespeare exhibit opening. Unfortunately, so is homicide after the recently found Shakespeare pages go missing and the person guarding them is murdered. Tensions rise higher than the chocolate structures as Jules fears the killer is hiding in the museum.

Robbie Jordan isn’t the only chef pouring disks of flapjack batter for breakfast. Sarah Fox has at least eight books in her Pancake House Mysteries, and they all have delightful titles. I think Crêpe Expectations is my favorite, but Of Spice and Men comes in close. Plus, protagonist Marley McKinney-Collins runs the Flip Side Pancake House – wonderful!

But, wait. I simply must include one more delightful book. If you want to read about human batters in addition to foodie ones, please pick up Nicole Asselin’s Murder at First Pitch, the first in her Ball Park Mysteries. Nicole, a fellow New Englander, happens to be a major Red Sox fan. The team and the ballpark in this book are fictionalized, as is the team’s Social Media Director Madeline Boucher, but don’t be surprised if the batters seem pretty real!

Getting back to edible batter, I’m thinking Robbie needs to invest in a deep-fat fryer and start making the best onion rings in the Midwest, and maybe offer tempura on the menu, too. Stay tuned for news. 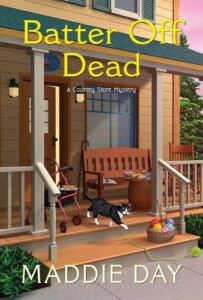 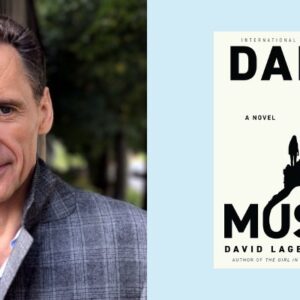 In Dark Music, a murder investigation pairs unlikely allies in a race to uncover a shadowy international conspiracy. The novel...
© LitHub
Back to top