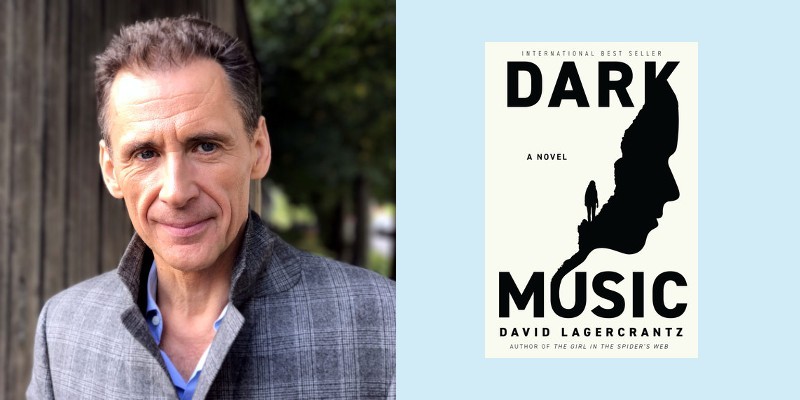 A cover reveal and some questions for the author of Dark Music.

In Dark Music, a murder investigation pairs unlikely allies in a race to uncover a shadowy international conspiracy. The novel is the latest from David Lagercrantz, the bestselling author of The Girl in the Spider’s Web. Today we reveal the novel’s cover and ask Lagercrantz a few questions about his new endeavor and his continuation of Stieg Larsson’s Millennium series. 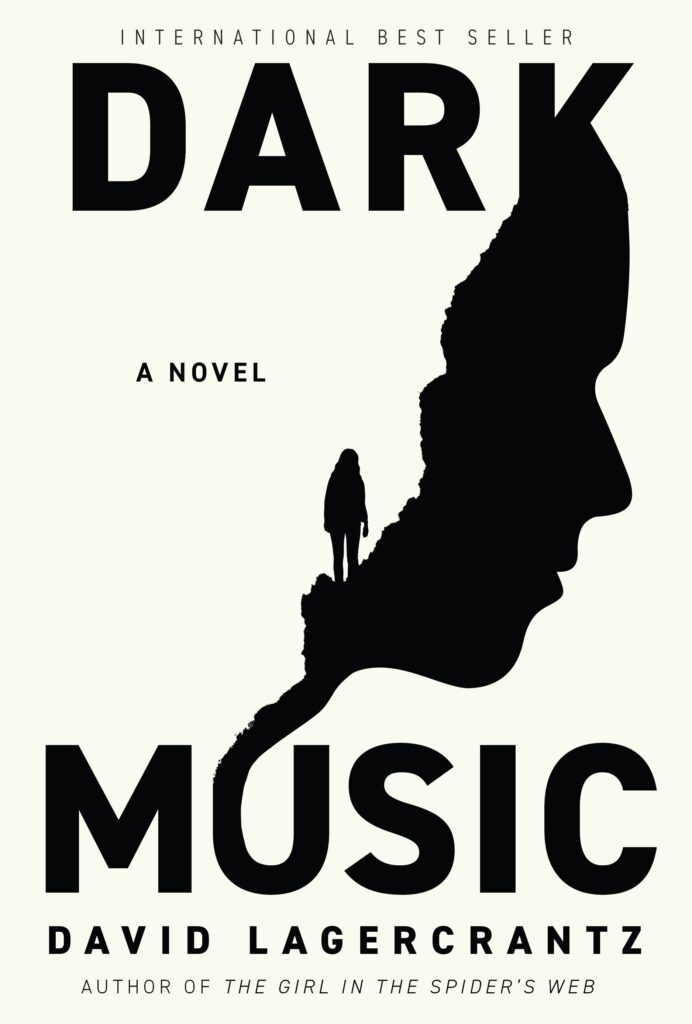 Can you identify a particular moment that sparked the idea for Dark Music?

When I published my last Millennium novel, The Girl Who Lived Twice, in 2019, there was another whirlwind of publicity: interviews, TV appearances, filmings, signings, and I seemed to be endlessly repeating myself. So when a journalist from a major Swedish newspaper, Dagens Nyheter, came along, I decided to talk about something else: “I have an idea for a new series,” I said, and regretted it immediately.

It was just a few detached thoughts in my head, and absolutely nothing written down. But still, I stammered that I wanted to create a modern Sherlock Holmes. That I wanted to bring together a well-educated man from the upper classes with a young local police officer from Stockholm’s suburbs. I didn’t say much more. But as soon as the interview was printed, publishers around the world began bidding for the book. Everyone suddenly wanted to buy something that didn’t exist. I should have been worried, or at least felt like a bit of a fraudster.

But somehow, as soon as I mentioned them in public, my characters came to life.

The characters central to your new novel are inspired by Sherlock Holmes and Dr. Watson. Can you share with us what interests you about Holmes and Watson? Why did you want to use these iconic characters as inspiration for your own characters in Dark Music?

Sherlock Holmes was my first great reading experience. I have always been fascinated by his ability to reveal greater perspectives through small details. I dreamed of earning that ability myself, being able to draw conclusions from the smallest clues.

I have for a long time wanted to create a modern incarnation of Holmes: a character who is rather neurotic, addicted to medication, but with a brilliant mind. Hans Rekke is tall, graceful, hawk-like—and bipolar. In his manic state he observes the world in a razor-sharp light, although he also has an active imagination. Micaela Vargas is short, powerful—and a fighter. She often finds herself struggling against headwinds, in her job as a police officer, with her family and against the prejudices that surround her. When Rekke drifts off in his intellectual abstractions, she brings him back down to earth. She’s streetwise, and she hasn’t had the time or the means to afford weakness. She pulls Rekke out of his night-black hole.

I am so excited to introduce readers to my creations.

In Dark Music, your protagonists—a professor and a police officer—find themselves teaming up to solve a case with far-reaching, international implications. Talk to us a little bit about the case you chose to have these two characters solve. What’s at stake here? And why did you want to explore international politics in your new novel?

For this novel, I wanted to write about music being banned in Afghanistan when the Taliban regime took power. The Taliban’s fear of beauty was deeply interesting to me. How is it possible that beauty can frighten a regime enough to ban it? Music and a woman’s beautiful face, both important, both desperately hidden. Also, I strived to describe the moral decay that the American administration ended up experiencing after 9/11, beginning to torture people as any hardcore dictatorship in the world might. The American self-image was deeply hurt. Instead of fighting terrorism, it created more terrorism. All in all, I wanted to describe how devastating and destabilizing the Iraq War was to the Middle East region. And to the world.

You began your career as a crime reporter for national newspapers in Sweden. How much do you feel that your background as a journalist has informed the way you approach writing crime fiction?

Being a journalist has been crucial for the way I approach writing. It’s partly my habit of doing meticulous research, but also my background as a reporter affects the way I write and approach a storyline.

Your previous crime fiction project was, of course, your novels continuing Stieg Larsson’s Millennium series. How was the writing process different this time around, creating a universe that’s entirely your own?

It was a great relief, of course, to create a universe of my own, having no boundaries except for the ones I set myself. But, that said, at the same time, it was tremendously frightening. I felt terrified when starting creating the characters and their universe.

What’s next for Rekke and Vargas?

Only time will tell. 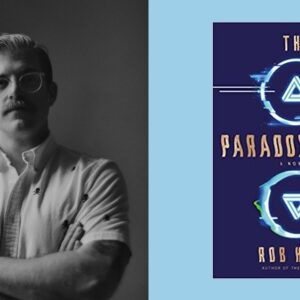 Rob Hart hit the bookish bigtime with 2019’s The Warehouse, a dystopian thriller that exposes the seamy underside of late-stage...
© LitHub
Back to top