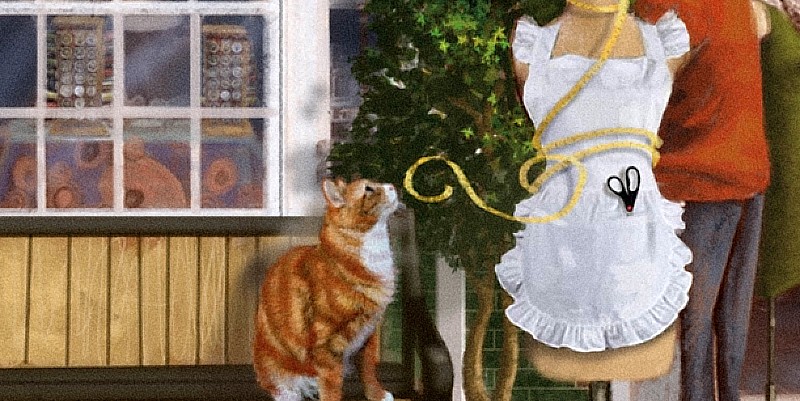 Cozy Mysteries Represent the Way Life Should Be

My new mystery series features the proprietor of an apron shop located on the Maine coast, a setting rich in cultural associations. Lobster. Lighthouses. Quaint villages and rocky cliffs crowned with pine trees. Plenty of background color and charm to work with, right? But wait, there’s more. According to the state’s welcome signs, Maine is the way life should be. And Maine residents firmly believe this. When some misguided bureaucrat tried to swap out the long-standing slogan for the bland, “Maine. Welcome Home,” there was a public outcry. The original sign is back, I’m happy to report.

So what does Maine’s mission statement have to do with cozy mysteries? I put forth the hypothesis that cozy mysteries also depict the way life should be. Well, except for the murders.

In a cozy mystery, life’s rough edges are sanded off. No profanity, explicit sex, or graphic violence is depicted on the page, and any serious issues are handled with humor or a light touch. These books are the opposite of grim, gritty reality. They’re a pleasurable escape, read for relaxation. Like taking a vacation in book form. (By the way, Maine’s license plate tag line is Vacationland. See a theme here?)

But it’s not the plotting that hooks readers on a series, although weak mysteries are often dinged in reviews. It’s the sense of returning to a fondly remembered place that brings them back, like renting the same beach cottage every year.

With this aim of enjoyment, cozy mysteries attempt to amplify life’s more pleasurable elements. Of course, twisty plots are a given in cozy mysteries, with multiple suspects, a body or two, and clues generously sprinkled about. But it’s not the plotting that hooks readers on a series, although weak mysteries are often dinged in reviews. It’s the sense of returning to a fondly remembered place that brings them back, like renting the same beach cottage every year.

Here are some of the cozy mystery series I feel excel in offering a great reader experience. Choose one, pull up a chair to the fire, and dive in.

Most cozy locations are fictional, like my Blueberry Cove, which is a mash-up of the Maine towns Camden and Belfast. But one author who uses a real place is Ellie Alexander, author of the Bakeshop Mysteries set in Ashland, Oregon. If Ms. Alexander isn’t on the payroll of the Ashland Chamber of Commerce, she should be. Her evocative descriptions of this quaint and colorful city make me want to take the next flight out there. In the latest entry, Ashland is bedecked with Elizabethan-inspired wreaths and garlands for the holidays and so is Torte, the bakeshop. Torte is cozy, warm, and bright, a perfect spot to drink artisan hot chocolate topped with a handmade marshmallow while indulging in something warm from the oven.

Ms. Alexander also excels in the description of food and drink, another convention in cozy mysteries. The characters love to eat, and true to the way life should be theme, they never gain an ounce. In A Cup of Holiday Fear, she goes all out with dozens of imaginary offerings, including chocolate fondue, cranberry ginger cake, and peppermint pudding. Selected recipes are in the back, typical in series focused on cooking.

Another author who uses a real location is Vivien Chien, author of the Noodle Shop Mysteries set in Cleveland, Ohio. But her fictional Asia Village shopping center and close-knit community occupy a snug niche in this large city. Ms. Chien offers readers an inside look at life in a family-owned Asian restaurant. Protagonist Lana Lee, who never planned to work at the Ho-Lee Noodle House, let alone manage it, displays a dry wit as she deals with her relatives and assorted characters. And the food! It’s difficult not to salivate while reading about shrimp dumplings, wontons served every which way, and spare ribs with black bean sauce. In Wonton Terror, Lana Lee solves another mystery with her usual élan as she tests a tasty new venture, the Ho-Lee Noodle food truck.

As in Bakeshop and Noodle House mysteries, the Lobster Shack Mystery series by Shari Randall features a family-owned enterprise. A good number of cozy mystery protagonists are either self-employed or work in a family business, which is interesting when you think about it. I know from my former consultant life that many people dream about owning a business, so maybe some of this is wish fulfillment. But another factor encouraging this trope is that self-employed characters have freedoms not found in conventional employment. For one thing, they can set their own hours, which allows them to roam about the countryside while investigating. Plots are often related to the business as well.  For example, a rival chef dies in the first Lobster Shack mystery, Curses, Boiled Again.

The small businesses depicted in cozies also seem like they’d be fun to run. No salt mines or cubicles here. Who wouldn’t want to spend their days at the Lazy Mermaid Lobster Shack on the Connecticut shore, hanging out with family and friends while serving (and eating) lobster rolls and clam chowder? Protagonist Allie Larkin is an injured ballerina who hopes to return to her career. But she’s finding her enforced downtime in Mystic Bay much more interesting than she expected, what with all the untimely deaths.

A cast of offbeat and lovable characters is an absolute, must-have requirement in cozy world. Unlike in real life, most of the really nasty ones get knocked off. In this series, Allie’s Aunt Gully is one of the star eccentrics. Larger-than-life and with a big heart, she has what you might call a flamboyant sense of style. In Drawn and Buttered, Aunt Gully goes all out decorating the shack with glow-in-the-dark pumpkins, flashing skulls, and skeletons on the roof, a style Allie calls, “Hansel and Gretel in Vegas.” Readers enjoy seeing what over-the-top designs Aunt Gully comes up with next.

And what’s a cozy mystery without a cat? Or dog. Cozy readers, like people in general, love their pet. Many series feature a pet or two—I have an orange tabby named Quincy in mine—but some put the furbabies in the spotlight. One such example is the delightful Cat Café series by Cate Conte (also known as Liz Mugavero, who also pens the Pawsitively Organic pet treat series, which features dogs). Her main character, Maddie James, operates JJ’s House of Purrs, a cat café located on a fictional Daybreak Island off the Massachusetts coast.

What is a cat café, you might ask? I hadn’t heard of them, thought it was an inventive premise, but it turns out they do exist, mostly in major cities. For a fee, you can pat, play with, and enjoy purring kitties to your heart’s content. Oh, and, as in the series, adopt one to take home. If there isn’t a cat café near you, spending time at the fictional JJ’s House of Purrs might be the next best thing.

In The Tell Tail Heart, a visitor to the island challenges Maddie’s ownership of her beloved JJ, once a stray. Will Maddie triumph? And by the way, who murdered the famous author found floating in a canal?

Cozy mysteries. The way life should be.

Elizabeth Penney is the author of more than two dozen cozy mysteries, including Hems & Homicide, among other novels. She is a member of the Women’s Fiction Writers Association and the owner of 2 Penney Productions. A former consultant and nonprofit executive, Elizabeth grew up in Maine and now lives in the White Mountains of New Hampshire, where she also operates a small farm. Visit her website to learn more.
https://www.elizabethpenneyauthor.com/ 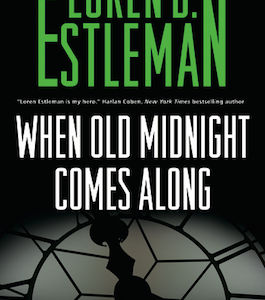 If you want to know how the local sports teams are doing, but aren’t curious enough to read a paper or watch TV, swing...
© LitHub
Back to top