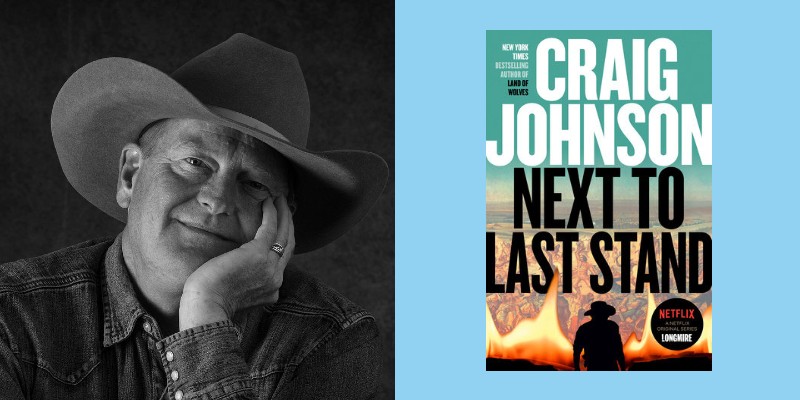 How the mystery around a famous saloon painting entered the world of Walt Longmire.

Craig Johnson’s Walt Longmire is one of the most beloved figures in modern crime fiction, and by now most of us readers think we know a thing or two about him and about how he spends his time. Got a corrupt cabal of real estate developers threatening local ranchers? Got a body in a ravine? Walt is your guy. One thing we have safely assumed all these years of reading is that Walt would probably not be spending a great deal of time in the art world. He’s not Thomas Crowne. And yet that’s more or less the enticing concept of Johnson’s latest Longmire novel, the twenty-second in the series. The book, Next to Last Stand, puts Walt on the trail of a legendary piece of Americana, the painting Custer’s Last Fight, familiar to just about anyone who’s ever sidled up to a bar. In one sense it’s a fish-out-of-water story; in another Walt is very much in his element, exploring a world of veterans’ homes and sawdust saloons, asking questions that subtly chip away at a grander, more ineffable question about the mythology of the American West. Johnson graciously answered a few questions about the painting, Custer, and how a beer company ended up peddling art.

What inspired you to write Next to Last Stand?

You know, I’ve seen that poster of Custer’s Last Fight in every bar and saloon in the west, and one day I just decided to do a little research on it and found it really fascinating. I knew from looking at the painting that there were a number of historical inaccuracies, and when I found out about the connection to Budweiser and the destruction of the painting, I was intrigued to the point of thinking about incorporating it as a case for Walt.

Do you have a personal connection to the story?

Other than staring at the thing hanging above numerous bars across the country, no. I think the key element of any novel that relies on an historic incident or relic would be the point of access, and I had one right here in my Wyoming county. About twenty miles away is the Veteran’s Home of Wyoming, or as it used to be known, the Soldier and Sailor’s Home. There were always guys sitting in their wheelchairs who would wave at passing traffic, and I had gotten in the habit of stopping every once in a while for a little conversation. They were amazing guys with some surprising histories who had been forgotten—this book gave me an opportunity to get them back in action. 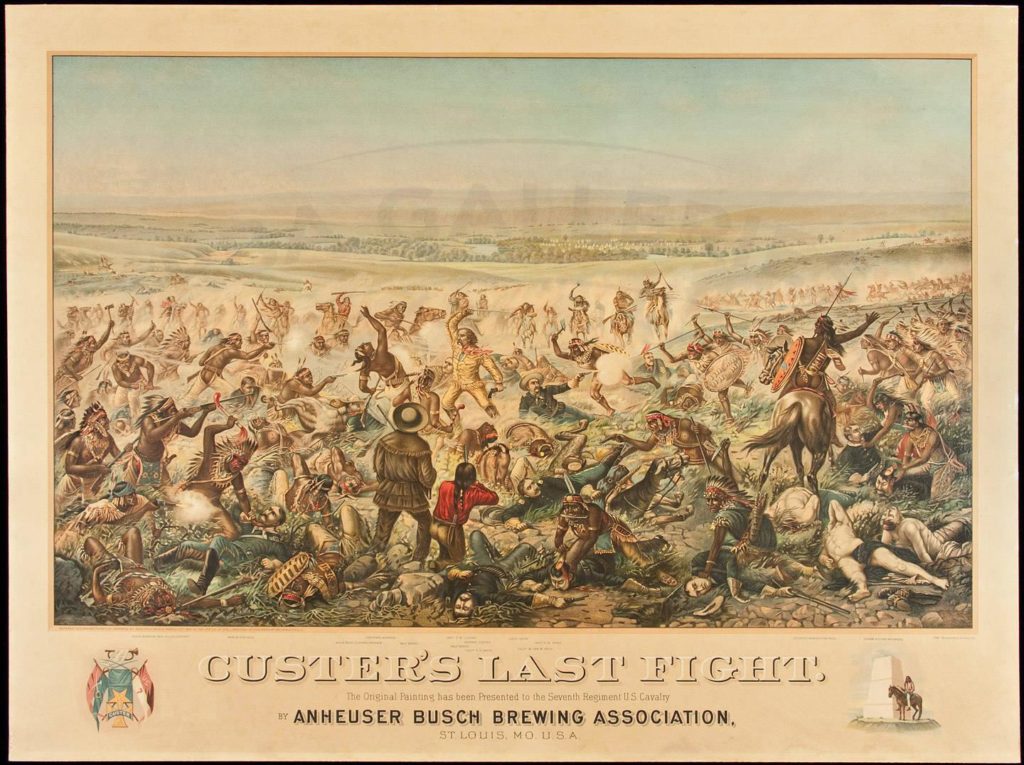 How did you become interested in Custer’s Last Stand?

Oh Gosh, I never was . . . The battlefield is only about an hour from my ranch—western history of the United States can be divided in categories, and one of those huge categories would have to be Custer-ana. It’s one of those black holes of research that you can lose a year of your life researching. I guess I knew it was a mountain I was going to have to climb sometime, but I just wasn’t sure when.

What kind of special research did you have to do for the book?

After an entire year of research and reading every book on the subject I could get my hands on, I can tell you one thing—there are a lot of really crappy books about Custer out there . . . There are some really marvelous ones that have come out more recently, but that’s one of the things that was particularly interesting to me—the fluctuating image of the battle and the man himself and the way it mirrored the social and political leanings of the different periods. The other opportunity for gathering information was provided by my neighbors up on the Cheyenne and Crow Reservations who had family member that fought in the battle and their oral histories which were quite a bit different from the mainstream, published works.

What made you decide to feature the painting—and its history in American bars—in this novel?

Pretty simple—It may be the most-viewed piece of artwork in American history. An iconoclastic image that would link Walt and the area into a type of book I hadn’t written—an art heist. The last couple of books have been rather serious in nature, and I thought it was time to send Walt off on a lark in the art world, and possibly distract him with something inherent to his nature . . . research. I’m on the board of the Buffalo Bill Center of the West, which gave me an inordinate advantage in doing the research for the project and an insider’s look at how something like this investigation might unravel. I’m not the most knowledgeable source on art history, so for me it was a new world, too.

What is the connection between Budweiser/Anheiser-Busch and Custer’s Last Fight?

When the St. Louis artist Cassilly Adam’s painting had finished its nationwide tour and it hadn’t realized the profits the owners imagined, it was brought back to St. Louis where the owners were at a loss as to what to do with it. So, they sold it to a local saloon owner, and it was plastered up on the wall behind the bar and became a conversation piece for thirsty art critics. Decades later the bar went bankrupt and their greatest creditor was a then small, local brewery by the name of Anheiser-Busch. Well, Augie Busch marches into the place and demands payment for the thirty thousand dollars’ worth of beer that they owed and they tell him they can’t pay him. He looks up on the wall and says, “I’ll take the painting.” Hauling it back to the brewery, he unrolls it and tells his marketing department that they’re going to make posters of the painting and send them out to every restaurant, bar, saloon, and rumpus room in America and when they’re done they’re going to be a much bigger brewery—and boy were they ever. After utilizing the painting for a number of years Augie had a fit of philanthropy and gives the painting to the 7th Cavalry in Fort Bliss, Texas in 1946, where it goes up in flames… Or did it?

Next to Last Stand is the sixteenth novel in your Walt Longmire series and you write one a year. That’s amazing! What keeps you writing them and where do you get your ideas?

Does it really seem like a lot? I feel like I should’ve written more. I keep my ear to the ground and whatever piques my curiosity is something that might interest Walt. For me it’s not a segmented train of novels, but rather a continuous storyline of the sheriff’s life that I hope still has a long future ahead of it.

How much of Walt Longmire is based on Craig Johnson?

My wife Judy has the best quote about that, “Walt Longmire is who Craig Johnson would like to be in ten years, he’s just off to an inordinately slow start . . .”

Your books are so informed by the scenery and the landscape of Wyoming. What makes it such a great backdrop for your novels and how does it inspire you?

My ranch lies at the foot of the Bighorn Mountains near the border of Wyoming and Montana, and the nearest town has a population of 25. I think there’s a solitude that allows me the focus I need to write my novels. It’s hard to not be inspired by the world that surrounds me. I always enjoy going on the tours, but I also appreciate coming home. 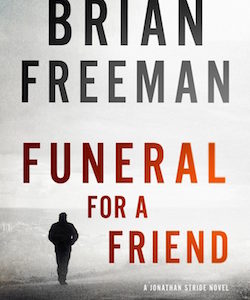