Crime and Punishment in Shogun Japan

On the Legal Structures of the Samurai Era

During the medieval age in Europe, most countries were ruled by a king, beneath whom were feudal lords with varying degrees of power and wealth. Japan’s medieval era followed a similar pattern, except that the country essentially had two rulers: the emperor (who was considered divine) and the shogun, a military commander appointed by the emperor to exercise military power on his behalf. The shogunate era lasted from the 12th to the 19th centuries, and although the shoguns nominally answered to the emperor, in reality military control equated to rulership of Japan. By the fourteenth century the shoguns asserted de facto control over much of Japan.

One way the shoguns attempted to solidify their control over Japanese feudal society during the fifteenth century—and particularly over the samurai warlords, known as daimyō, many of whom considered their fiefdoms independent feudal states—was by establishing increasingly detailed codes of laws and appointing their loyal samurai retainers as magistrates and police with the power and duty to enforce the laws. While the magistrates and police had only limited power over other members of the samurai class, they exercised significant control over the lower classes: the farmers, artisans, merchants, and outcastes who made up the numerical majority of the Japanese population.

These laws, and the Japanese justice system, continued to develop over time, and by the 16th century Japan had a highly developed system of courts and law enforcement. In fact, the country had two different, parallel systems: one for members of the ruling samurai class, and the other for commoners.

For the most part, samurai clans resolved their own disputes through negotiation or, when talking failed, on the edge of a sword. Daimyō frequently intervened on behalf of their samurai retainers, who in turn were expected to support their lords on the field of battle. Only rarely were samurai required to submit their disputes to a magistrate, or to answer to police.

Samurai also ran the official, organized justice system, which existed primarily to enforce the law among the lower social classes. This system was based on elaborate written codes of law, the earliest of which were codified during the seventh century. Various members of the ruling class, including both emperors and shoguns, changed and added to the legal codes over time.

During the medieval era, the magistrates and police appointed by the shogun were charged with enforcing these laws, arresting and sentencing criminals, and keeping the peace among the lower classes. (Members of the samurai class had special privileges, and generally handled legal matters amongst themselves.) Magistrates of samurai rank presided over courts of law in every major city (and many towns), resolving disputes, trying cases, and sentencing commoners who committed crimes.

Beneath the magistrates, the yoriki (“assistant magistrates”) conducted investigations and supervised the dōshin (whose function was similar to that of modern “beat cops”) who patrolled the cities, kept the peace, and made arrests when necessary. In addition to the pair of swords all samurai wore, dōshin carried a forked truncheon, called a jitte, as a symbol of their rank.

Like magistrates, yoriki and dōshin were always drawn from the samurai class. However, where magistrates normally came from powerful clans, assistant magistrates and police were usually drawn from low-ranked samurai families. Employment as a yoriki or dōshin carried a social stigma, and men often ended up in these professions as a last resort. (An interesting historical aside: samurai rank was conferred by birth, and held by women as well as men. Although samurai women were often well-educated and occasionally trained as warriors, known as onna-bugeisha, the historical record suggests that samurai women did not serve as magistrates or police.)

Samurai who committed serious crimes were often given the right (or the obligation) to commit seppuku—a form of ritual suicide in which the offending samurai disemboweled himself with a dagger.

As with the justice system generally, samurai had special privileges when it came to punishment. Samurai who committed serious crimes were often given the right (or the obligation) to commit seppuku—a form of ritual suicide in which the offending samurai disemboweled himself with a dagger. The ritual also involved a “second,” called the kaishakunin, who ended the samurai’s life with a merciful strike to the neck as soon as the fatal stomach cut was completed. A skillful kaishakunin didn’t sever the head; instead, he made a skillful stroke that left the head attached to the body by a single, narrow strip of skin. The thinner the strip, the more respect the kaishakukin—and the samurai who committed seppuku to atone for a crime—received.

Ritual suicide by seppuku restored a samurai’s honor, and that of his family, preventing the need for a feud between the wrongdoer’s clan and that of his victim. However, only samurai were allowed to commit seppuku (and the “honor” was not offered to every samurai who committed a crime.)

Among commoners, the normal sentence for serious crimes was death by hanging, a punishment that was considered both defiling and degrading. Hanging shamed not only the convict, but also his or her entire family. Executions of commoners normally took place in public, often followed by display of the criminal’s head or corpse as a warning to the rest of the population.

In medieval Japan, major crimes like theft, murder, and rape were often considered “unforgivable,” not only because of their impact on the victim but because they demonstrated disrespect for the law and social order.

Both feudal systems of Japanese justice treated men and women largely as equals where crime and punishment were concerned. Female criminals went to the gallows alongside their male counterparts, and female samurai were generally allowed the option of suicide (though they customarily accomplished this by poison rather than seppuku).

In medieval Japan, major crimes like theft, murder, and rape were often considered “unforgivable,” not only because of their impact on the victim but because they demonstrated disrespect for the law and social order. Such crimes created a debt that could be “repaid” only by the perpetrator forfeiting his or her life—a reality that transcended even the largely impermeable social hierarchy of medieval Japanese culture. Although the law often chose not to recognize crimes committed by samurai against members of the lower classes (in the sense that they weren’t considered “crimes”), a wrongful act against a member of one’s own social class required repayment, either in money or in blood.

My interest in historical Japanese justice began at an early age. My father served in the FBI, and retired to become an attorney; I inherited his interest in law and jurisprudence (in fact, I eventually became a lawyer, as well as a novelist), but found myself increasingly drawn to historical jurisprudence and to Asia. After majoring in Asian studies at Tufts University, I pursued a legal career but continued studying Japanese law and history on the side. When I finally decided to pursue my passion for writing fiction, I knew I wanted to set my novels in Japan, and to use a detective who stood outside the “normal” social order (and therefore had the power to view “the system” with a Fuji-sized grain of salt). Since real-life ninjas (shinobi in Japanese) were sometimes of samurai descent, but were always “outsiders” when it came to law and order, a ninja detective seemed like the perfect protagonist through whom to view this fascinating—and often violent—world.

Susan Spann is the author of the Hiro Hattori Mystery novels and the 2015 Rocky Mountain Fiction Writers’ Writer of the Year. She currently lives in Tokyo, where she is working on the next Hiro Hattori novel and finishing the manuscript for her upcoming nonfiction debut, CLIMB: Leaving Safe & Finding Strength on 100 Summits in Japan (Prometheus Books, 2020). When not writing, she enjoys photography, mountain climbing, and traveling across Japan. You can find her online at www.susanspann.com, on Facebook(/SusanSpannAuthor) and on Instagram (@SusanSpann.Author). 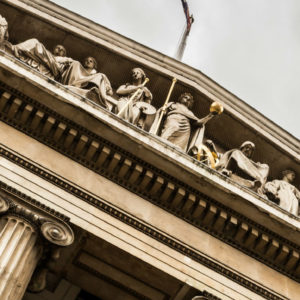