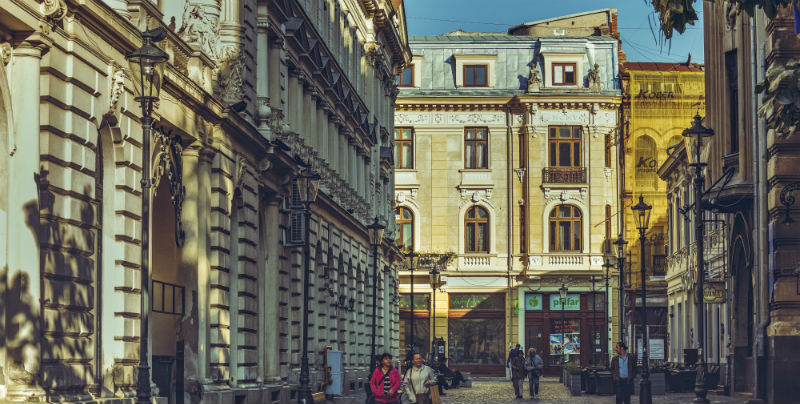 So far Romania’s capital hasn’t given us the quality of crime fiction it deserves. This is partly because (a perennial moan of this column) not enough local writing has been translated into English. Secondly, Bucharest hasn’t really been discovered by crime writers in the way other Eastern European cities (think Moscow, Prague or Budapest) have. At the same time Romania generally is perceived in the Western European media as a crime hotspot—Romanians are invariably negatively portrayed in Europe’s popular tabloids as violent criminal gangsters, Roma begging gangs, unwanted immigrants or trafficked women. Romanians regularly crop up in European TV crime shows as the bad guys from the East. Certainly Romania’s transition from the brutal and stagnating Stalinist dictatorship of Nicolai Ceausescu to a vibrant democracy and member of the European Union has not been, and continues not to be, totally smooth. The country remains poor by European standards and the politics fractious.

So it’s worth remembering that before World War Two, before Ceausescu, Romania’s capital was often referred to as a “Paris of the East,” a city of architectural splendor, home to a bourgeoisie with taste and style, an intellectual European city created largely by King Carol the First. This is the location of Ioana Pârvulescu’s 2009 novel Life Begins on Friday, set at the height of Carol’s belle époque Bucharest. The story begins in December 1879 with the discovery of a young man lying unconscious on the outskirts of the city. His identity is unknown; how he came to be left there is undetermined. As the mystery unravels what really takes centre stage is the old world city of Bucharest itself in all its pre-twentieth century glory. Life Begins on Friday is part detective story, part examination of a city now lost to history. There’s a little bit of time travel, but, for crime readers, there is no better book to start discovering Bucharest with.

The war swept away that Bucharest and in its place came a city of Stalinist architecture that dismissed the charms of its old town, setting out to pretty much bulldoze it. Nicolai and Elena Ceausescu ruled as the paranoid king and queen of a “workers’ paradise” almost entirely cut off, not just from the West, but from much of the Eastern bloc too. Romania was hardline when hardline really meant something! Hardline like Albania back then; hardline like North Korea today.

The classic Romanian crime novel of that period is without doubt George Arion’s Attack in the Library (1983). Arion was a Bucharest magazine editor for much of the late 1970s and 1980s. He started publishing his own poetry in the mid-1960s. Attack in the Library was his first prose work introducing detective-journalist Andrei Mladin. The book marks a watershed in Romanian literature of the dictatorship period—a detective novel and, as we’ve seen in many previous Crime and the City columns dictatorships rarely like crime novels that shine an unflattering spotlight on their societies! Mladin moves through the sad bars, run-down housing estates and practically food-less restaurants of Ceausescu’s Bucharest, blackouts allowing. But, of course, there are the privileged, the regime’s elite who have all they want and think themselves above the law. Attack in the Library reads like a Romanian Chandler—amazing it was published really. Sadly, although Arion has written at least another dozen crime novels, this is his only book to be translated into English.

One writer to be deeply impressed by Arion is the British author Patrick McGuiness who, for a time in the tumultuous late 1980s, lived in Bucharest. His novel of that time in the country’s history, The Last Hundred Days (2011) details how the country spiraled downwards into total economic collapse, with society polarized into the watched and the watching as revolution became inevitable. McGuiness documents the Ceausescus’ attempt to destroy the last architectural vestiges of King Carol’s city and profiles the ghastly gang of Communist Party apparatchiks, people-smugglers and black-marketeers all seeking to profit during the last days of the dictatorship.

Naturally the Ceausescu dictatorship still looms large over Romanian modern history. Filip Florian’s Little Fingers (2005) starts off with an excavation near a Roman fort in Romania. Archaeologists discover a mass grave of human bodies whose provenance is indecipherable—ancient or more recent? Then bones begin to disappear at night. In the nearby mountains partisans with plans to topple the Communist government plan their campaigns of resistance as a team of Argentinean anthropologists arrive. Florian is a Bucharest journalist; a former editor of the local Cuvîntul (The Word) literary magazine, and then as a correspondent for Radio Free Europe and Germany’s Deutsche Welle. Literary Romania awarded Little Fingers its Best Debut novel prize.

More standard Cold War Bucharest fare, though certainly a page turner, is Sidney Sheldon’s Windmills of the Gods (1987). In the American tradition of millionaire diplomats, an inexperienced but rich woman is sent to Bucharest as the United States Ambassador. She is from Kansas and, in Bucharest, she is certainly not in Kansas anymore! Lost amid the more experienced diplomatic corps in an opaque nation she, and her family, are threatened with death. Oh, and East and West are about to nuke each other to oblivion and apparently the American Ambassador in Bucharest is the only person who can stop it. Sheldon was not known as the “Prince of Potboilers” for nothing. However, he was often meticulous in his research and, thanks to his huge sales, had the resources to do that research. He did visit Bucharest to write the book and so, even if the plot is a bit far-fetched, his descriptions of late 1980s Romania are valuable.

Also somewhat far-fetched, but a better-than-average pot boiler, is Steve Berry’s The Third Secret (2005). It’s a behind-the-scenes in the Vatican tale probably only of significant interest to people who could care less what goes on behind-the-scenes in the Vatican, but the secrets that need to be uncovered are held by a Romanian priest. Sorry, but to tell you what the third secret actually is would be a spoiler!

Ceausescu was of course, to most people, the biggest criminal in Romania but there have been others. Mike Philips and Stejarel Olaru’s Rimaru—Butcher of Bucharest (2012) is a true crime examination of Ion Rimaru who stood trial for the murder of several women in 1971. It’s a nasty story, but has elements that could only be Romanian—popular myth during Rimaru’s killing spree had it that he was a vampire; it all took place at a time when surveillance of Romanian society was at its paranoid height, yet Rimaru appears able to wander Bucharest murdering at will. The police, tasked almost solely with catching dissidents and oppositionists while searching for largely imaginary imperialist spies, are impotent in the face of a genuine murderer whose only motivation is killing. Philips is a British crime writer, while Olaru has a former job title that few can claim—he was Director General of the Institute for the Investigation of Communist Crimes in Romania.

Since the fall of the Ceausescu regime many Romanians have moved abroad to start new lives and find new opportunities. This has been a process accelerated after Romania joined the European Union in 2007. Romanian crime writing is now emerging from the country’s diaspora community. Eugene Chirovici moved from Romania to England in 2012 and now lives in Brussels. His debut murder mystery, The Book of Mirrors (2017), was snapped up by publishers in 23 countries, including the USA and UK. His second crime novel, Bad Blood, was published in 2018. Both are psychological thrillers. Chirovici is most interested in false memory syndrome. However, both are set in America although Chirovici wrote and published ten crime novels in Romania before moving to western Europe. Some of these were set in Romania; others abroad.

I don’t know why Chirovici chooses now to set his stories in the United States—perhaps it’s simple economics? Sales of crime books set in America way, way outsell sales of crime novels set in Romania. Perhaps that’s partly because English language readers can access only tiny amounts of Romanian crime writing—the success of Scandinavian, French, and crime writing from elsewhere around the world in English, shows that when publishers work hard and take chances on foreign crime writing, audiences will read it. 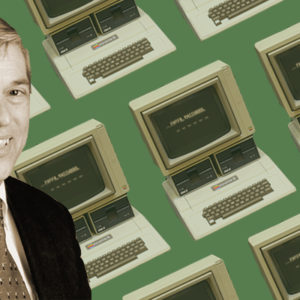 In January 1976, Robert Hanssen joined the FBI. His credentials as a certified public accountant with a master’s degree...
© LitHub
Back to top