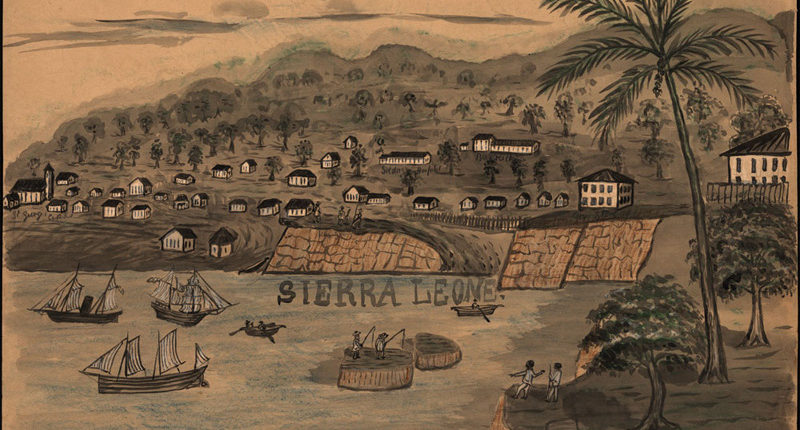 From Graham Greene to Denis Johnson, a West African Setting for Ex-Pat Lit

Sierra Leone—“SL” to its expat community—sits on the shores of the wide Atlantic. Its capital, Freetown, is home to just over a million people. Famously established by freed slaves, it is the oldest city to have been founded by African-Americans (Liberia’s Monrovia was established 30 years later). Today the city is crowded and raucous, full of energy and (since being declared Ebola free) is enjoying something of a tourism boom. Facilities might not be always five star but the city is welcoming and not too difficult to navigate: you’ve got Central, where the organs of SL’s state reside; and then simply the West End and the East End (round the port).

Freetown grew on the freedom it offered. Many ex-slaves who escaped to the British Red Coats in the American War of Independence were granted their freedom after Independence and took ships back to Africa; more ex-slaves made it to Nova Scotia and from there on to West Africa; in 1800 600 Maroons were “transported” to Freetown for daring to rise up against the British in Jamaica. London declared the territory a Crown Colony in 1808 and named Freetown the capital of British West Africa, developing it into a sizable Royal Navy base. West Indian and African soldiers of the British army who fought Napoleon were granted the right to settle in Freetown. In World War Two Britain maintained Freetown as a listening post against German U-boats and the Vichy French-controlled colonies close by. Freetown became a busy port for convoys—traversing the Atlantic, heading for South Africa. Most famously, perhaps, Graham Greene was a wartime British intelligence officer in the city.

Greene’s 1948 The Heart of the Matter (which has its criminal elements—diamond smuggling, suicides that are possibly murder, espionage) sees Henry Scobie lonely and isolated in wartime Freetown: a disappointing marriage, a half-hearted affair, a career on the rocks. The Heart of the Matter remains the best internationally known novel set in Freetown; although the city is not mentioned specifically by name in the book, Greene finally confirmed the location in his 1980 memoir, Ways of Escape. However, The Heart of the Matter is almost entirely concerned with the colonial ex-pats—malarial and morally tainted policemen, spies, and conniving merchants. It’s the Freetown of pink gins at the old Bedford Hotel, government-issue furniture in cockroach-infested Nissen huts, dinner parties to celebrate securing some Argentine beef for a change, the Colonial Secretariat building, the European quarter of Cape Station, and, inevitably, the Club (the English always have a “Club”). Still Greene was nostalgic for his old wartime posting, scanning the sea for German U-boats, diamond smugglers, and the machinations of the Vichy French West African regime close by. He wrote:

In the evening the port (Freetown) became beautiful for perhaps five minutes. The laterite roads that were so ugly and clay-heavy by day became a delicate flower-like pink. It was the hour of content. Men who had left the port for ever would sometimes remember on a grey wet London evening the bloom and glow that faded almost as soon as it was seen: they would wonder why they had hated the coast and for a space of a drink they would long to return.

But Freetown then, and since, has never been an easy posting. Novels centered on the city’s problems have invariably been about outsiders—latterly NGO workers and war correspondents, rather than spies and British colonial officials—and only remotely about the city’s majority population, the Sierra Leoneans. Fast-forward to the 1990s and the bloody civil war, which has inspired a number of novels with a crime element set in Freetown.

Minette Walters visits Sierra Leone and Freetown in her 2005 psychological thriller The Devil’s Feather. Connie Burns, a war correspondent, is stationed in Freetown during the last weeks of the Civil War. She reports on the case of five women who have been horrifically murdered. Connie suspects a notorious British mercenary, known throughout the expat community for his brutality and violence. The book moves on to Baghdad and England, but Sierra Leone lingers in the reader’s memory, a Freetown where a serial killer is on the loose but able to hide in plain sight amid the chaos of the country’s fratricidal conflict.

Walters’s Freetown is, in some ways, not so different to Greene’s. An expat society cut off from the local population; chancers looking to get rich quick (and in Sierra Leone that was, in Greene’s day and now, all about diamonds), Lebanese businessmen trade now where Greene encountered Syrians. The Club is now Paddy’s Bar, a faux-Irish joint recognizable to anyone who’s been an expat anywhere in the developing world that’s hot, humid and sticky.

Greene hovers like a shadow seemingly just behind the shoulder of so many writers who have chosen to set their fiction in Freetown. The late Denis Johnson’s Laughing Monsters (2014) is easily the literary equal of Greene (whom he obviously admired—Johnson’s 2007 Tree of Smoke, an espionage novel set in the Vietnam War, paid obvious dues to Greene’s The Quiet American). Greene’s 1940s Freetown had rampant blackwater fever (a severe form of malaria) and giant cockroaches; Johnson’s contemporary city has an AIDS epidemic and rampant warlords looking to raise funds through kidnapping. Freetown is hellish in Johnson’s novel: corrupt, polluted and subject to frequent power outages. There’s an espionage tale at the centre of Laughing Monsters, though it is Freetown that is the most engrossing character in the book—alive with bugs, Chinese investors starting to appear, Ebola not so far away like a plague about to invade and devastate.

After a decade of civil war, an uneasy peace (although a busy time for the Sierra Leone Anti-Corruption Commission in the meantime), high murder rates, rising numbers of home invasions, malaria, Ebola, people trafficking, insects the size of small mammals—why on earth would Sierra Leone, and its capital Freetown, need crime fiction? And it seems it doesn’t. Popular and acclaimed Sierra Leonean writers have not ventured into the crime genre. Most local writers concentrate on examining the post-civil war society as it affects the poor, women and children. There’s a strong poetry tradition and many Sierra Leonean authors have opted for children’s literature that reflects the specificities of Freetown life—war orphans, keeping out of trouble, holding families together. Much of this writing is available in English (which is the official language of Sierra Leone), but is the subject for an article other than this.

So, in the main, crime fiction set in and around Freetown remains ostensibly the work of outsiders now, just as it was in the 1940s when Greene wrote The Heart of the Matter. There are a number of novels from German writers that are set in Sierra Leone and other West African countries (many of them part of the former German West African colonies). Unfortunately hardly any of what are called “Afrika-Krimis” have been translated into English so far.

Richard Dooling’s White Man’s Grave (1994) was nominated for a National Book Award for Fiction (the term is an old one applied to West Africa due to the high rate of missionary and colonialist deaths due to climate, disease and lack of sanitation). It was billed as a satire and there’s a spy story element to it as well as lots of rumination on myth and magic in Sierra Leone. The two major protagonists—a Peace Corps volunteer and a “cosmic drifter”—are certainly in Sierra Leone, but readers were, it’s fair to say, divided over how much the presentation of Freetown and its citizens was ironic or just plain simplistic.

The Secret Keeper (2009) is a tougher proposition altogether. The author Paul Harris was a British war correspondent in Sierra Leone and his descriptions of Freetown are visceral and street level. It’s a mystery about uncovering a seemingly random roadside murder, but the book’s real strength is atmosphere, a sense of place that moves from civil war-torn Freetown back to shadows of Greene’s colonial outpost:

Gradually the car crawled out of Freetown’s lower suburbs where the poor masses lived and up into the foothills above the city. In the days of British rule many colonial officials had chosen these shaded slopes for their houses, high enough up in the mountains to catch a lucky breeze… After the British had left, the area had become home to Sierra Leone’s ruling class: whether Krio (Creole) politicians, army generals, or Lebanese and Greek families.

Freetown is the capital of a country recovering from a brutal civil war that saw large-scale murder of civilians, children forced into military service, and horrific atrocities. It’s not surprising that Sierra Leonean writers might not feel drawn to the crime genre at this point in time. However, foreign crime, espionage and thriller writers like Paul Harris and Denis Johnson particularly, have, much as Graham Greene did before them, given us some small amount of access to Freetown life and its daily problems. 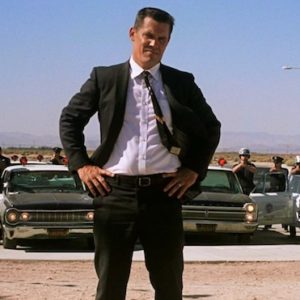 Come summer, I’m happiest sitting on the porch of a rundown cottage in a coastal town gone to seed, with the sun just down...
© LitHub
Back to top