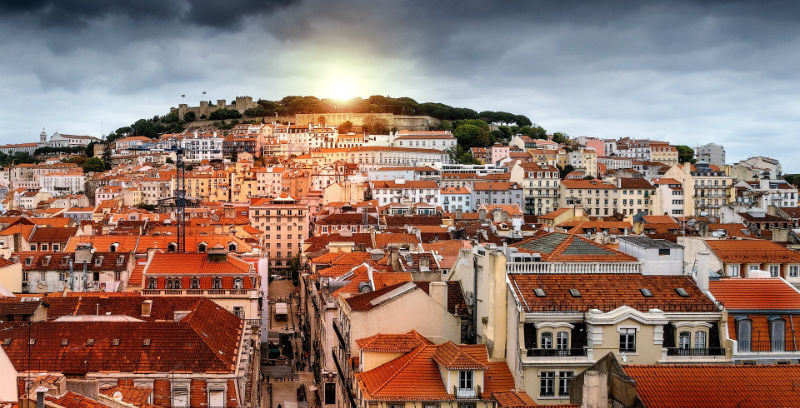 Crime and the City: Lisbon

The Spies, Exiles, and Rebels of Lisbon Crime Fiction

We’ve all seen it. The 1942 movie Casablanca begins with a voiceover:

With the coming of the Second World War, many eyes in imprisoned Europe turned hopefully, or desperately, toward the freedom of the Americas. Lisbon became the great embarkation point.

Victor Laszlo (Paul Henreid) and Ilsa Lund (Ingrid Bergman) take that late night plane from Casablanca to Lisbon; Rick (Humphrey Bogart, or more informally, Bogey) and Captain Louis (Claude Rains) do not. In the final scene Louis suggests to Rick that they head for Free-French controlled Brazzaville—maybe they did. However, Michael Walsh’s imagined sequel, As Time Goes By (1998) has Rick, Louis, and piano player Sam (Dooley Wilson in the movie), follow Victor and Ilsa to Lisbon and then on to London to resist the Nazis.

Lisbon was the capital of neutral Portugal in World War Two. And is now a remarkable honeypot of intrigue and murder for crime writers looking for an extraordinary location. Lisbon was the only European city in which both the Allies and the Axis powers operated openly and spied on each other constantly—MI6, the Abwehr, the Soviet NKVD, Franco’s Spanish spies…It was also home to several of Europe’s exiled royal houses, as well as a million refugees seeking passage to the US or the UK, bankers looking to profit from the war, prominent Jews looking to wait out the Nazis, escaped POWs, and black marketeers galore. They were all watched over by the country’s secret police (the much feared PVDE). While Lisbon hid spies in the shadows it was one of the only European cities not cloaked in blackout; a party of sorts rolled on. Hence Neill Lochery’s Lisbon: War in the Shadows of the City of Light, 1939-45 (2011), a great history of the machinations, murders and the tricky balancing act of neutrality that Lisbon maintained during the war. Ronald Weber’s The Lisbon Route: Entry and Escape in Nazi Europe (2011) is also a compelling retelling of the desperate measures to which refugees had to resort in just getting to Lisbon and then securing the necessary visas to move on to freedom.

In fiction, Irish journalist and author Joe Joyce takes a tour through the backstreets and bars of wartime Lisbon in Echowave (2015), the final book in the Echoland trilogy. Each book in the trilogy (starting with Echoland in 2013 and then Echobeat in 2014) is excellent, featuring Irish military intelligence officer Paul Duggan (Eire also being neutral in World War Two) walking the balancing wire between the Brits and the Germans in Dublin. Echowave sees Duggan visiting wartime Lisbon to try and negotiate the intense pressures on Dublin’s government coming from both Berlin and London to join one side or the other. On similar ground is Tom Gabbay’s The Lisbon Crossing (2008), which sees a Hollywood actor accompanying a California-exiled German actress to Lisbon in 1940 to search for her lost friend with the help of a private detective. The PI winds up dead and the two are left alone in Lisbon trying to discover the truth. Both are good reads.

But it is Robert Wilson’s A Small Death in Lisbon (1999) that exquisitely captures the febrile atmosphere of wartime Lisbon. Wilson’s award winning thriller starts with two seemingly unconnected cases: the contemporary investigation by Inspector José “Zé” Coelho into the murder of a young girl in Lisbon and the tale of Klaus Felsen, a Nazi officer sent to the city to gain crucial supplies to support the German war effort. The two stories eventually weave together into a complex but rewarding plot and a fantastic evocation of the city in the 1940s. Wilson revisited wartime Lisbon in his novel The Company of Strangers (2010) set in the sweltering summer of 1944 and the endgame of the Intelligence war. Once again, Wilson recreates the dark alleys and grand hotels, luxury casinos and cheap bars of Lisbon superbly.

A more recently published novel on wartime Lisbon deserves a mention—Yugoslavia-born, and now a Portuguese citizen, Dejan Tiago-Stanković’s Estoril (2018). Estoril is Lisbon’s sophisticated coastal resort and was in the war, where so many spies, deposed royals, assorted members of the European demi-monde and wealthy industrialists playing one side off against the other, gathered at the sumptuous beachfront casino-hotels. Tiago-Stanković weaves together a series of mysterious tales of spies, former kings and abandoned children all trapped together awaiting transit visas in the room-serviced splendor of Estoril’s Hotel Palácio. A few real Lisbon characters make an appearance, like Ian Fleming (who did spend some time spying in the city), King Carol of Romania, the Duke and Duchess of Windsor and, of course, the marvelous Hotel Palácio itself.

What do all the crime writers featuring Lisbon so far all have in common? Unfortunately none of them are Portuguese. Though the number of European crime writers being translated into English is growing (thanks largely to publishers such as Europa and Pushkin Vertigo), there is a distinct dearth of Portuguese writers available to the English language reader. But they do exist. For instance, Francisco José Viegas has published at least half a dozen crime novels featuring detective Jaime Ramos set in his hometown of Lisbon as well as in Portuguese speaking Mozambique and Brazil. Ramos is a classic European detective character—he lives alone in a small city center apartment, he likes his food, and he smokes too much. The novels are available in several European languages but not yet English. They certainly deserve to be translated.

One last Lisbon recommendation. Pereira Maintains (1994) is set in 1938 Lisbon, so the country is in the grip of Antonio Salazar’s fascist government, but the war has not yet started. Sostiene Pereira is a Lisbon journalist who loves literature. He comes into contact with a young man, Monteiro Rossi, of decidedly Leftist anti-government inclinations. The police hunt Rossi; Pereira tries to protect him, but the authorities kill Rossi in an act of political violence. Written by the Italian author Antonio Tabucchi, Pereira Maintains is not exactly a crime novella (though murder is at the heart of it), but does raise questions of individual conscience under fascist regimes (and, in Tabucchi’s case while writing the book, of how to resist the then government of Silvio Berlusconi in Italy).

Lisbon, especially perhaps wartime Lisbon, will undoubtedly continue to be a popular setting for crime writers. What is to be hoped in the future is that English readers will be able to get translations of Portugal’s own crime writers and start to see Lisbon from the inside, as presented by the locals. 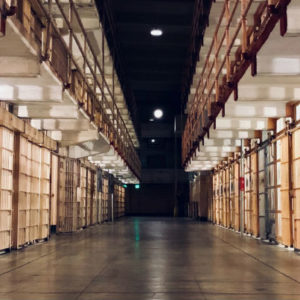 When I finished law school in California, my ambition was to become a criminal defense attorney.  But it soon became clear...
© LitHub
Back to top