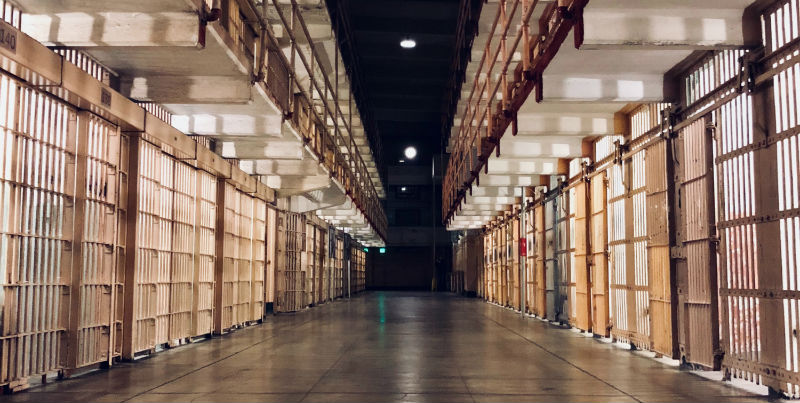 When I finished law school in California, my ambition was to become a criminal defense attorney.  But it soon became clear that being a trial lawyer wasn’t for me; my real love was the appellate courts.  Eventually I became a pretty good appellate lawyer, handling cases of greater and greater seriousness, until in 1983 I was appointed, as co-counsel, to my first death penalty appeal.  Since then I’ve continued to work on capital cases, representing defendants on death row and, for a time, working at a non-profit resource center assisting death penalty defense attorneys.  Over time, death penalty defense has come to feel less like a career and more like a calling, something you do because it’s right and because, in some vague spiritual sense, it’s the road you’re supposed to be on.  I think this is a feeling I share with a lot of my colleagues.

A prisoner, Vicente Benavides, was released from California’s death row last month after the state’s Supreme Court agreed that new forensic evidence showed the murder he had been convicted of hadn’t been a murder at all. It was a once-in-a-decade miracle, and the defense community here rejoiced for him and for the lawyers whose work had brought about his exoneration. One of them posted on Facebook a photo of her and Benavides eating tacos in a restaurant on the day of his release from prison. It was a moment we all hope for in our cases.  But their fight to save him was a long one:  Benavides is now 68 years old; he had been on death row twenty-six years.

In 2015, in a far more famous case, Anthony Ray Hinton was released after 28 years on death row in Alabama. Lawyers in his case had spent sixteen years working to convince the courts that a prosecution expert had given false testimony at his trial when he said the bullet which killed the victim matched a gun found in Hinton’s home.

Capital cases move very slowly, once a defendant is sentenced. A series of appeals and petitions reexamine whether the defendant was properly convicted and sentenced, which at least in theory reflects a healthy caution about putting someone to death. But the length of the process itself creates a dilemma for defendants and the system. To find the error, the evidence, that saves someone’s life or demonstrates his innocence can take a lot of investigative work and a very long time waiting for reluctant courts to act; but hurrying the process is inevitably done at the expense of that careful investigation. Often, as in Anthony Hinton’s case, the state provides few or no resources to the defendant; Hinton’s life was saved by attorneys from the Southern Poverty Law Center, working pro bono. To shorten the time between sentencing and execution would certainly allow fewer such reexaminations of the evidence, and result in the execution of innocent men and women. On the other hand, an inevitable consequence of the long process of review is that, innocent or guilty, a defendant, once sentenced to death, will stay on death row for a very long time.

The problem begins in the trial court. When a defendant is initially tried, the people involved in that process—police, prosecutors, defense attorneys, judge and jury—see what amounts to a snapshot of a crime and the defendant. The portrait the jury sees is limited to the competing stories the two sides present. It’s all too easy to get it wrong, through unconscious bias about the defendant, inadequate investigation and lawyering, bad forensics, or gamesmanship and dishonesty. The biases of the participants can affect the evidence itself: preconceptions about guilt can decide what evidence is collected, what witnesses are interviewed, what is presented and what is kept from the jury. Even experts’ interpretations of physical evidence can be influenced by knowing that others believe the defendant is guilty. Biases, racial and cultural, also affect the decision whether the defendant the jury sees at the moment of trial should be sentenced to death or life in prison.

With the passage of time, the reexamination of the trial evidence becomes harder to do. Witnesses die; physical evidence deteriorates or may disappear. And the picture of the defendant the jury saw becomes less and less representative. The eighteen-year-old street gang member, at thirty, has probably long outgrown the adolescent mind set of unquestioning loyalty to his own group and impetuously murderous rivalries with his neighbors. Men whose lives before prison were consumed by getting and staying high, become sober and even thoughtful in an environment where drugs, even if available, are too expensive for them to buy. People with mental illnesses unrecognized or ignored before their sentencing are made more comfortable in their skins by medication and the simplicity of institutional life relative to the chaos and danger of the streets.

Twenty or thirty years later, almost none of them are the same person a prosecutor and jury decided was too irredeemably evil even to be kept alive.

Some inmates finally get their high school diplomas or, if they can, take college courses. Some write poetry or fiction. A lot of them turn to religion to help them find forgiveness and put their fate in some kind of context. Twenty or thirty years later, almost none of them are the same person a prosecutor and jury decided was too irredeemably evil even to be kept alive.

Prisoners also age physically. Young men become middle-aged, the middle-aged grow old, their aging accelerated by the stresses of prison life, lack of healthy food and exercise, loneliness, and the health problems they brought into prison with them—everything from bad teeth and untreated broken bones to hepatitis C and HIV.

Over time, they gradually lose the people who were close to them when they were free. A death sentence can leave a prisoner estranged from friends and family members appalled by the crime or uncomfortable keeping up a relationship with someone in prison. Wives get divorces and find new husbands. Brothers and sisters become too busy with their own lives and families to visit or answer letters. Parents grow too old and ill to visit them and eventually pass away.

Prison inmates, especially those serving long sentences, also live in a kind of time capsule. They aren’t allowed cell phones or computers or even their own choice of clothing and food. Their education about changing popular culture comes from watching television. Both Anthony Hinton and Vicente Benavides had been in jail or prison since long before Google, Facebook, IPads and smart phones.

Being alive and free is, of course, better than the alternative. But it’s hard not to wonder how you give someone back the time and everything else they lost with it while they were in prison. Anthony Hinton wrote a book, The Sun Does Shine, about his experience, and he managed, somehow, to find forgiveness for the people who had left him to spend half a lifetime on death row. I heard him speak a few months ago. He talked without rancor about his life as an innocent man in prison, but at the end, he broke down in tears as he spoke of the years that were taken from him.

As a consumer of crime fiction, in books and in movies and television, it seems to me that we don’t see much of this reality. The dramas involving the rescue of innocent people from death or prison don’t emphasize the time that passed between their convictions and release, the irretrievable loss of decades from their lives, the fact that they may have entered prison before middle age and returned to the free world an old man. I don’t fault writers for leaving that part out of their dramas, because it’s something different, a separate story in itself. It’s one that merits telling, though, even as we applaud when a prisoner is exonerated, because in this flawed system, although some innocent defendants escape with their lives, it’s hard to say anyone really wins.

L. F. Robertson is a practicing attorney on California’s central coast, where she lives with her partner, author Michael Kurland. She has published several short stories in anthologies, as well as the novel Two Lost Boys. Her latest novel is Madman Walking.

Crime and the City: Lisbon 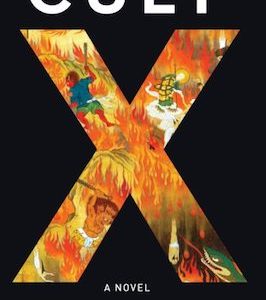 The wind began to blow gently, causing the windows of the sitting room to rattle as if in pain. The air is dry, Narazaki...
© LitHub
Back to top