Crime and the City: Palermo, Sicily

Exploring the crime literature of an ancient city plagued by corruption and organized crime.

Palermo is a city that has known more than its fair share of violence and crime. An ancient city, a crossroads of the Mediterranean, founded by the Phoenicians, a possession of Carthage, a town of the Roman Empire, under Arab rule for a time and now of course the capital of modern Italy’s Sicilian region. Always a new conqueror, a new subjugator. Yet also a city that has been a victim of the Sicilian mafia—the Cosa Nostra. It can seem that the Cosa Nostra exist more in American movies and in American cities than in modern Sicily, but the cold blooded murders in Sicily of anti-mafia judges, Giovani Falcone and Paolo Borsellino as well as the ongoing anti-mafia campaigns show that the scourge of organized crime is still all too pervasive.

In crime fiction it is perhaps the testy and volatile Inspector Salvo Montalbano, a detective in Vigàta, an imaginary Sicilian town, who is best known to international readers. Sicilian author Andrea Camilleri began writing the series in 1994 with The Shape of Water. The first Inspector Montalbano novel jumps straight into Sicily’s underbelly—drug dealers and prostitutes, mafiosi, as well as corrupt police, clergy and justices. From the get-go Montalbano is faced as much with the intransigence and anti-Sicilian prejudices of his ‘Northern’ (meaning Rome-based) bosses, as much as the local criminals and corrupt officials. But, despite the world he inhabits, Montalbano is invariably wry and often outright hilarious. In the Italian editions his dialogue is sprinkled with Sicilian dialect and phrases.

Inspector Montalbano has featured in approximately twenty-eight novels—just about all of which have been translated into English. By the time Andrea Camilleri died in 2019 he had sold about ten million Montalbano books worldwide, while the Italian TV series—Inspector Montalbano and the spin off The Young Montalbano—have millions of loyal fans globally too.

Palermo-born Giuseppe di Piazza’s The Four Corners of Palermo (2014) is a more specific and graphic description of the city in the 1980s, in the grip of the mafia and a wave of terror. The novel’s hero—a newspaper crime reporter—describes Palermo at the time as a “city that was a slaughterhouse writ large.” The novel is essentially four novellas, each revolving around a different crime, all connected by the nameless reporter and does not hold back on describing the mafia’s cruelty, violence, and the damage it does to the wider society. Unfortunately, di Piazza’s other novels remain untranslated into English.

Writing about the mafia is no easy option. Roberto Saviano, who wrote about the Naples mafia extensively in Gomorrah, has been forced to live under police protection since 2006 when the book was first published. Diego Gambetta, an Italian academic who has researched the Cosa Nostra in Palermo once told an interviewer, “If you go to Palermo and say, ‘I’m researching the Mafia,’ they laugh a lot. First of all they laugh a lot, and then they kill you.” Gambetta’s own recommended reading list on organized crime in Sicily includes the murdered Giovanni Falcone’s Men of Honour: The Truth About the Mafia (1992); Salvatore Lupo’s History of the Mafia (2009); and Antonio Calderone (a former Cosa Nostra boss turned informant) and Pino Arlacchi’s Men of Dishonor: Inside the Sicilian Mafia (1993). I might add Peter Robb’s Midnight in Sicily (1996) that tells the story of the Mafia, from its peasant origins through to the 1990s with an account of the kidnapping and murder of former Italian Prime Minister Aldo Moro in 1978.

American readers (and movie watchers) of course known Mario Puzo’s 1969 novel The Godfather though for this Crime and the City The Sicilian (1984) is perhaps a better choice. Michael Corleone’s exile in Sicily is ending, but on the instructions of his father he must bring back to him the young man known as Salvatore Giuliano—if he can find him. Sicilian readers would recognize immediately that the character of Giuliano is based on the real life Sicilian bandit of the same name who became famous after World War Two as a criminal but also as a kind of Robin Hood figure to many and also an advocate of independence for Sicily.

I’ll finish with a book that is not so widely read now but has been seen by many as a key text in Sicilian crime writing, Leonardo Sciascia’s The Day of the Owl (1961). Sciascia was from Sicily and became a well-known author, playwright, essayist, and politician in Italy. When we now read novels or see movies that link the mafia to the organs of the Italian or Sicilian state—the politicians, church, local officials, unions, the power structure in Rome—it’s worth remembering that few writers made these links explicit before Sciascia’s The Day of the Owl. In the novella a man lies dead in a Sicilian piazza. No one will admit to having witnessed his killing. The investigating detective meets a wall of silence, a community too afraid to speak out and so to save itself from the oppression of the mafia. The investigator reveals a chain of vicious crimes and shows the enforced complicity of the local community with organized crime. It is a novel that, when it was published in 1961 both denounced the brutality of the mafia and also showed how, through a reign of fear and corruption, the organization manages to sustain itself. Sciascia’s next novel, To Each His Own (1969) followed an introverted academic attempting to solve a double-murder and revealing perhaps a little much of the dirty underside of local town politics.

Palermo is too often seen only as a town in the grip of the mafia, where nothing but corruption, vice and greed exist. This has actually changed considerably thanks to Italy’s shock at the death of judges like Falcone and Borsellino as well as communities brave enough to call out the local bosses. It is also true, as the novels of Andrea Camilleri, as well as Giuseppe di Piazza and others show, that Palermo is a town that, almost remarkably, has maintained a sense of humor, a sense of farce despite the terror of organized crime in its midst. 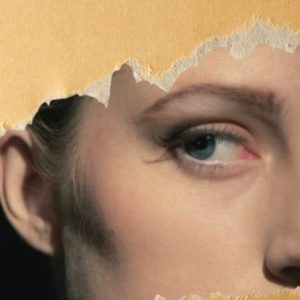 Another week, another batch of books for your TBR pile. Happy reading, folks. * Elizabeth Hand, The Book of Lamps and Banners...
© LitHub
Back to top