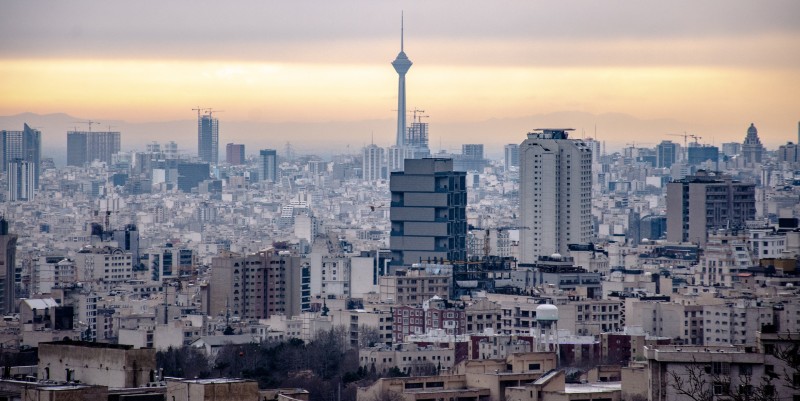 Reading thrillers set in Tehran, you'd be forgiven for thinking the city is half-populated by spies with "one job" to do.

Tehran, capital of the Islamic Republic of Iran with a population of nearly nine million in the city proper and fifteen million in the greater Tehran region. The second largest city in the Middle East, after Cairo. A city with centuries of history and still a very controversial metropolis. A centre of geo-politics, regional machinations, global concerns. It’s also a city of amazing food, great poetry and many, many writers. As well as being the inspiration for plenty of thrillers and espionage mysteries of late.

A great example of excellent writing and descriptive of the Iranian capital is Philip Kaplan’s Night in Tehran (2020), a good place to learn some recent Tehran history through a taut thriller, based on real events. In the days just before the 1978/1979 Iranian Revolution, an idealistic American diplomat is backed by the CIA and trailed by a French journalist he suspects is a spy. David Weiseman is tasked with a mission—to ease the Shah of Iran out of power and find the best alternative between the military, religious extremists, and the political ruling class, many of whom are simultaneously trying to kill him. The novel’s aura of sophistication probably comes from the fact that Kaplan had a 27-year career as a diplomat in the US Foreign Service, including being US minister, deputy chief of mission and Charge d’Affaires to the American Embassy in Manila. Now retired he’s that elusive beast, the “Washington Insider”, and brings plenty of that Georgetown gossip to the table when writing.

But, it has to be said, Kaplan is a rare literary gem concerning Tehran, a city that has tended to attract the attention of less erudite thriller writers rather than the more procedural crime writers. Let’s reel a few off…

Luana Erlich’s One Night in Tehran (2020) features the recurring character veteran CIA officer Titus Ray. The novel finds Titus hiding from the Iranian secret police with a group of Iranian Christians in Tehran and trying to get himself smuggled out to Turkey. But there’s infighting at Langley, Titus is a hothead who just has to mouth off to the Director of Operations and there’s also a Hezbollah assassin headed to the US to cause mayhem. One Night in Tehran, and Luana Erlich’s particular sub-genre, is one we haven’t really mentioned before in Crime and the City (and I’ll confess I was not particularly au-fait with) – the ‘Christian thriller’. Apparently, there’s a bunch of them out there and even a “Christian Thriller & Suspense” bestseller list on Amazon. You learn something new every day!

Mark Henshaw’s The Last Man in Tehran (2017) features CIA agent Kyra Stryker working with retired CIA analyst Jonathan Burke to find hidden moles in the CIA—by this point you could be forgiven for thinking half of Tehran’s population might actually be independently-minded Agency operatives! Mossad moles inside Langley; Israel looking to stoke a war with Iran; the FBI worried the CIA has been fatally compromised. Henshaw’s bio says he’s a ‘decorated CIA analyst with more than sixteen years of service’ and another ‘Washington Insider’. There’s clearly an opportunity for a specialist writers’ group on Tehran-set CIA novels that could meet at the Arlington Starbucks, if there’s room. You know those are fake names they give the baristas to write on the cups right?

Joel C Rosenberg has written a trilogy of Iran-related political thrillers that come from a rather right-wing perspective. The first, The Twelfth Imam (2010), sees America trying to hold it together as Israel and Iran spiral towards war. Enter David Shirazi, a Farsi speaker whose family escaped from Iran in 1979, and who’s—guess what?—a “CIA operative” recruited and sent to Tehran with one objective (just “one”): “use all means necessary to disrupt Iran’s nuclear weapons program”. David though had one job and apparently didn’t do it as in book two, The Tehran Initiative (2011), the world is still on the brink of war. Iran has just successfully conducted its first atomic weapons test. Millions of Muslims around the world are convinced their messiah—known as the Twelfth Imam—has just arrived on earth. Israel ain’t happy. Call David Shirazi…again…and give him another “one job”. In the final book, Damascus Count Down (2013), it appears David might not have been that successful (twice now!) as Israel has now declared war on Iran. So, David gets his last “one job”, this time to infiltrate the Iranian regime to find out where their nuclear warheads are (the ones he was supposed to find and destroy in the first book) currently pointed at Jerusalem are. I won’t spoil the ending.

Just so you know if you’re deciding what to ‘one click’ on this list—Rosenberg’s books are all blurbed and highly recommended by Rush Limbaugh, while the author is apparently a ‘regular’ on the Sean Hannity and Glenn Beck Shows. Just so you know…no judgements here.

I could go on with thrillers in the same vein, and all mostly with the same variety of politics, but you’ve got the idea by now. And, I have to ask (for a friend, don’t send me any emails!), with so many “operatives” apparently wandering around Tehran, why the hell hasn’t the CIA totally solved the Iranian situation, guys? It’s clearly not a manpower issue, according to America’s thriller writers.

Let’s pull back from the brink of nuclear annihilation for a moment. There’s other writing about Tehran worthy of attention.

Ramita Navai’s City of Lies: Love, Sex, Death and the Search for Truth in Tehran (2014) is a non-fiction work that reads like a sprawling epic novel. The book chronicles the lives of eight men and women drawn from across the spectrum of Tehran society revealing what it is to live, love and survive in one of the world’s most repressive regimes. There’s a strong crime element—underground prostitutes, drug kingpins running crystal meth kitchens, surgeons who claim to restore girls’ virginity and homemade porn sold in the city’s sprawling bazaars. Navai, a British-Iranian journalist and writer based in London, says contemporary Tehran is a city ‘where survival depends on a network of subterfuge.’ City of Lies was awarded the Royal Society of Literature’s Jerwood Prize for a work in progress in 2012.

And finally, as ever something special and highly recommended. The great Akashic Noir series contains a Tehran Noir collection featuring a host of Iranian writers (many of whom have not yet had their work translated—Hossein Abkenar, Farhaad H Gooran, Mahsa Mohebali, Gina B Nahai, Majed Neisi, and Sima Saeedi among others. It’s a great addition to the ever-expanding Akashic shelf. This volume was edited by Salah Abdoh, who was born in Iran but now teaches in New York City after his family had to leave Tehran. He is also a novelist, and one who has been translated.

Abdoh’s The Poet Game (2000) features a young agent sent by a top-secret Iranian government agency to infiltrate a group of Islamic extremists in New York in order to keep them from acts of terror that might draw the US into a war in the Middle East. The book got a lot of attention after 9/11. His second novel, Opium (2004) tells the story of a young American who used to work as a drug-runner along the Afghan/Iran border during the Soviet occupation of Afghanistan. And then there is Abdoh’s Tehran at Twilight (2014), a fantastically written novel set in 2008 and featuring Reza Malek living in Harlem after years as a reporter, interpreter in Iraq and Afghanistan. But he must return to Tehran to find his missing mother. Corrupt clerics, shady fixers, political repression, the ever-present threat of violence, Tehran at Twilight is a political thriller, but also a fever dream tour of a repressive Tehran on the brink of revolution…

…and not a CIA operative with “one job” to do in sight. 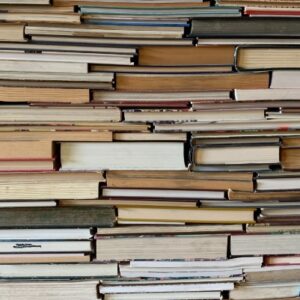 Over the course of my life, I’ve read different types of crime fiction and mysteries from innocent cozies to gory thrillers,...
© LitHub
Back to top