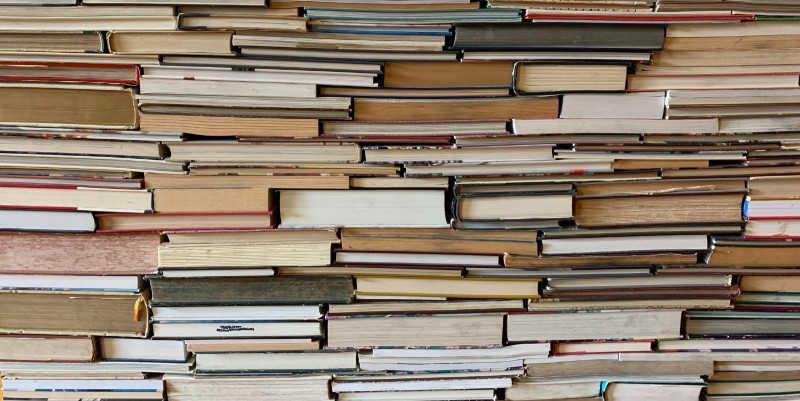 Rick Bleiweiss on the dearly departed crime novelists he returns to again and again.

Over the course of my life, I’ve read different types of crime fiction and mysteries from innocent cozies to gory thrillers, and while I’ve enjoyed many books along that spectrum, I find that I have liked, and remember, the lighter fare the best—ones that entertain me more than they stress me. That especially is true for books with memorable detectives, as I have attempted to craft in my novel Pignon Scorbion & the Barbershop Detectives.

While there are many wonderful mysteries being written today, we should never stop reading classic books by the masters of the genre and experiencing the characters and environments they created. In spite of the twelve authors on my list all being deceased, their books do live on, and they are some of my favorites, in no particular order because I’ve enjoyed reading all of them.

I especially like his Spenser for Hire series, although the Sunny Randall and Jesse Stone books are enjoyable as well. What draws me back again and again to Spenser are the interesting plots, witty dialogue, humor and the wonderfully drawn characters of Hawk, Susan, Spenser himself, and even Pearl the Wonder Dog. Some of the books and their subject matter and sensitivities may be dated by today’s standards, but I personally still find them a fun read. I’ve especially enjoyed, Playmates and Looking for Rachael Wallace.

Chandler’s detective, Philip Marlowe, is one of literature’s iconic hard-boiled protagonists. This wise-cracking, PI, who can drink with the best of them, but also wax philosophical & poetic, has a moral compass that always seems to keep him on the right side of things. I’d suggest The Big Sleep, Farewell, My Lovely and The Long Goodbye.

Hammett wrote about two of my favorite sleuths, Sam Spade and Nick & Nora Charles, and while Spade is very different from the Charles, the books they are in are total classics. Hammett’s influence on detective and mystery fiction cannot be underestimated – he created a mold that most all others followed – and to me his books completely stand the test of time. In my opinion, The Maltese Falcon featuring Sam Spade is undeniably one of the best books ever written in its genre, while The Thin Man with Nick & Nora is right up there with it. Lest I forget, Hammett’s Red Harvest, featuring Continental Op, is on many all-time best books lists as well.

The grand dame – the best-selling novelist of all time. If the only things that have outsold you are Shakespeare and the Bible, you must be pretty good. She is. That, and more. I really enjoy her Miss Marple books, but it is Hercule Poirot, who has captivated me in the same way that Sherlock Holmes did. I have devoured every Poirot book more than once. My personal favorites are The Murder of Roger Ackroyd and of course, Murder on the Orient Express… and everything else she’s written.

I am certain that Sherlock Holmes is the most famous fictional detective in the world. Across the entire globe. In fact, there are people who believe that he was a real person. There is little that I can say about Conan Doyle that I didn’t also say for Agatha Christie. I grew up on Sherlock, I’ve reread Sherlock, I’ve watched him in movies, in theaters and on television, and he is always the unique Sherlock Holmes no matter the iteration. There were many short story collections and four novels (A Study in Scarlett, The Sign of the Four, The Hound of the Baskervilles, The Valley of Fear), and I love them all.

While his biggest selling book was If He Hollers Let Him Go, Himes was most famous for his Harlem Detective series featuring Coffin Ed Johnson and Grave Digger Jones. Of the nine books in the Harlem Detective series, I’d suggest A Rage in Harlem and Cotton Comes to Harlem, both of which were made into major motion pictures.

The creator of detective Nero Wolfe and his assistant, Archie Goodwin, Stout was a master storyteller who won many awards and was nominated as the Best Mystery Writer of the Century. I always enjoy the affairs that Wolfe and Goodwin get into, as well as Nero’s involvement with orchids, how he navigates his desire to not leave his home if at all possible, and his interactions with his chef Fritz. One of the best detective series of all time, I’d point out Fer-De-Lance and Too Many Cooks.

I had to include Zafón’s Cemetery of Forgotten Books series because it is so brilliantly written, and because to me, Shadow of the Wind will be remembered as one of the best books of the early 21st Century. If you have not experienced this series and the exploits of David Martin and Daniel Sempere, I suggest you start with Shadow and then read each of the following books in the order that they were published.

Gardner’s main character, Perry Mason, is not a detective but rather a criminal defense attorney. However, that said, he acts like a detective in that he proves his clients’ innocence by uncovering who the real murderer is in all of his cases. I had no idea but learned recently that Mason is the third best-selling book series of all time behind Harry Potter and Goosebumps. The Case of the Careless Kitten and The Case of the Borrowed Brunette are two wonderful reads.

Jules Maigret, known mostly as just Maigret, is a police inspector in Paris. He solves crimes by “getting into the head” of the perpetrator, and as such the books are laden with interesting characters and filled with a humanity that many readers bond with. Consider reading the first Maigret book Pietr the Latvian as well as Maigret and the Headless Corpse.

Ellery Queen is both the pseudonym of writing-team-cousins Frederic Dannay and Manfred Bennington Lee, and the name of their main character – the son of a New York City police inspector who helps his father solve puzzling cases. Always investigating interesting murders, The Dutch Shoe Mystery and The Greek Coffin Mystery are among the best to me.

Cussler’s main character, Dirk Pitt, is more of an adventurer than a detective, but in every book, he is solving some crime or mystery that is an element of a dangerous situation. I love that Cussler’s books start with a fictitious history (that could have actually taken place but really didn’t) and use that background as the genesis for the rest of the book. My favorites are Inca Gold, Raise the Titanic and Sahara.

I hope you’ve enjoyed these great classics yourself, and if you haven’t – and you’re a mystery or crime fan – you should check them all out. Hopefully, my book, Pignon Scorbion & the Barbershop Detectives, will  give you the same joy as you get reading these timeless stories and authors. 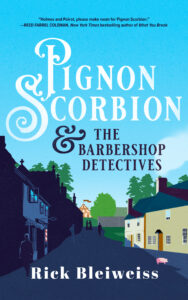 Rick Bleiweiss started his career in music as a rock performer, producer of over fifty records, songwriter, and record company senior executive, and worked with Clive Davis, Melissa Etheridge, the Backstreet Boys, Kiss, U2, Whitney Houston, the BeeGees, and other industry legends. Since 2006 as a publishing company executive, he has acquired works by bestselling and award-winning authors including James Clavell, Gabriel García Márquez, Rex Pickett, Leon Uris, and Nicholas Sansbury Smith, among others. In his latest creative endeavor, Rick has crafted the Pignon Scorbion historical mystery series--blending his love of the past with the twisty deliciousness of a whodunit. Follow Rick and Scorbion at www.RickBleiweiss.com 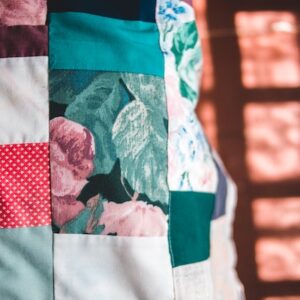 I count my blessings every day because my job as the arts-and-entertainment reporter for the Paducah Sun newspaper in Paducah,...
© LitHub
Back to top