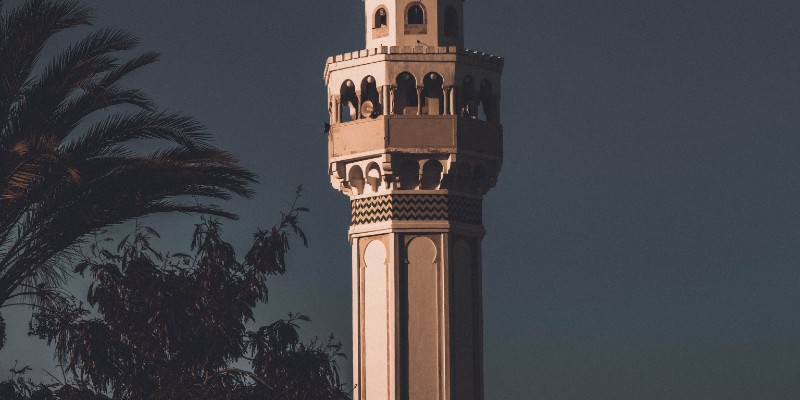 Reading your way through the mysteries of an ancient Mediterranean city.

Tunisia occupies 165,000 square kilometres in north-west Africa and is home to almost 12 million people. Bordered by Algeria to the west and Libya to the south-east, the country also claims the Mediterranean as a northerly neighbour and the vast Sahara Desert to the south. With a host of conquerors and occupiers through the ages, and most recently a French colony, Tunisia only gained its independence in 1956.

Often writing these columns it’s frustrating to find great works remaining untranslated. This is certainly true of Le Fou du roi (2002), a collection of twelve crime stories by the Tunisian writer and mathematician Jamel Ghanouchi. These stories hinge on a “quasi-mathematical” narration typical of the book’s central character, a chess player who is involved in a unique investigation.  Le Fou du roi is offbeat, funny and by a major Tunisian writer but right now the only way to read him is to dust off your school days French or wait for someone to decide to publish an English translation.

For those who like their crime a little more “golden age” and want some Tunis there is Francis Durbridge’s professional crime writer and amateur sleuth Paul Temple in East of Algiers (1959), a later book in the long-running Temple series and which in fact mostly takes place in Tunis. For those who don’t know Temple, the character is a crime novelist and amateur private detective who is invariably accompanied by his smart wife Louise, affectionately known as ‘Steve’. The character became a much loved BBC radio serial from the late 1930s to the 1960s (many Temple stories can be found on the BBC Sounds radio app). In East of Algiers Paul Temple and Steve fly from Paris to Tunis to deliver a package. Then they find the parcel’s sender dead, a prelude to a series of murders.

Though written in 2016 Julie K Rose’s historical thriller Dido’s Crown is set in Golden Age Tunisia and France in 1935. Traveling to North Africa on business for her husband, Mary Wilson MacPherson meets a handsome and mysterious French-Tunisian businessman who has a package of interest to both Britain’s Secret Intelligence Service and the Nazis. Cue a chase across Tunisia and France.

Patricia Highsmith visited Tunis in her 1969 novel The Tremor of Forgery, far from her best-known work but well worth a read both as a good example of her psychological thriller style and for lots of flavours of Tunis. American writer Howard Ingham arrives in a sweltering Tunisia in search of inspiration for a new movie script he has been commissioned to write. He falls in with an ex-pat cast of characters worthy of a Paul Bowles novel (though of course he largely favoured Morocco over Tunisia) – a right wing American propagandist, a gay Danish painter and the staff of his hotel. One night, Ingham finds someone breaking into his apartment. He throws his typewriter at the intruder, possibly killing him. The body is dragged away by the intruder’s accomplices. As well as a building novel of suspense The Tremor of Forgery is also a good example of the ‘ex-pat novel’ asking questions about the relative roles of ex-patriate and local in a given locale. If you need a recommendation, no lesser a figure than Graham Greene thought it Highsmith’s finest novel.

Moving from the Tunisia of the late 1960s to the 1970s. Kenneth Benton’s The Tunisian Triangle was published in 1974 but still retains a certain vibrancy. Benton worked as a British diplomat and for Mi6 from shortly before World War Two to the late 1960s – for a time his boss was Kim Philby! After retirement he launched himself into a second career as a thriller writer. The Tunisian Triangle was the fourth of his eleven spy novels published between 1969 and 1985. It features Benton’s recurring hero, Peter Craig, a police advisor and counter-terrorism expert. Craig is sent to early 1970s Tunis to advise a security service faced with an epidemic of raids on banks, armouries and medical stores, while anti-government street protests are becoming increasingly violent and agents provocateurs operate in the shadows and in the foreign embassies of the Tunisian capital.

Skipping another decade or so and it’s the 1990s in Tunis in Fiona Macbain’s Daughter, Disappeared (2016). In 1994 Jane plunges into a new life in Tunisia with her recently discovered sister, Crystal and her own new lover, Ali. But Crystal and her husband have secrets that could prove deadly. Skip forward to 2013 Jane has returned to London to rebuild her life when her daughter, Anna, disappears to Tunisia in search of her father. The events of 1994 raise their head again as Jane hunts the streets of Tunis for Anna.

Andrea Camilleri’s third Inspector Salvo Montalbano in the long-running Sicilian cop series (see Crime and the City Palermo, Sicily) has a little Tunisian detour. In the third book in the series, The Snack Thief (1996), a Tunisian patrol boat machine guns a Sicilian fishing boat just off Sicily in international waters. Shots kill a Tunisian sailor who was on board the Italian boat. By tracing the dead sailor’s Tunisian family Inspector Montalbano seeks to find out what exactly happened that night at sea.

Somewhat more high-octane and action packed is James Castagno’s Out of Tunis (2016), the second in his combined U.S. Marshals Service and Carabinieri (Italian police) crime series. US Marshals Service Investigator Joe Costa and Carabinieri Captain Angelo Randi are teaming up to hunt a major Tunisian heroin trafficker thought to be guilty of the murders of five Italian and American drug agents.

And finally, as usual something different but really worth mentioning. Tunisian journalist and author Hassouna Mosbahi’s A Tunisian Tale, subtitled A Modern Arabic Novel (2008). Mosbahi suffered persecution at the hands of the government of Habib Bourghiba and fled to Munich in the 1980s only returning to Tunisia in 2004. Winning a number of awards in Tunisia and in Europe, A Tunisian Tale is set in the edge-of-city slums of Tunis, populated by migrants from the countryside come to the capital in search of a better life, petty criminals spread rumours about a widowed mother’s weak moral character in a nasty shakedown. Her son takes revenge on the men besmirching his mother’s name. Mosbahi’s novel is dark and disturbing, told from alternating viewpoints as the son sits on and seeks to explain his brutal youth and how matters came to a murderous head. This is the first novel of Mosbahi’s to be translated for an English-language audience and it is a compelling introduction to both Tunisian crime writing and the underbelly of modern day Tunis. 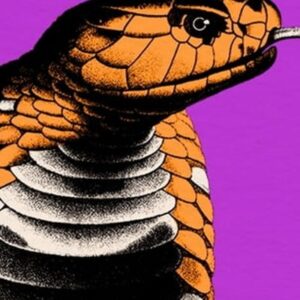 Another week, another batch of books for your TBR pile. Happy reading, folks. * Stephen Spotswood, Secrets Typed in Blood...
© LitHub
Back to top