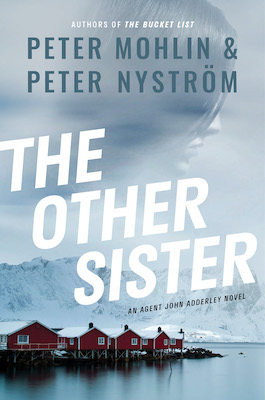 The following is an exclusive excerpt from The Other Sister, by Peter Mohlin and Peter Nyström, translated by Ian Giles. In the following passage, we're introduced to the complex and harmful dynamics between two sisters as an interloper begins to disrupt their relationship.

It was half past eight in the evening and Alicia’s feet were chafing. The pumps Stella had convinced her to buy were insanely uncomfortable and far too expensive. The semester had only just begun and blowing twelve hundred kronor on a new pair of shoes was idiotic.

Alicia was sitting on a divan surveying the ballroom. The manor outside Kristinehamn had been rented for the entrepreneurial program’s annual autumn celebration. With its large windows and balcony, the room was made to be filled with people dressed to the nines. She imagined the parties that had been held here in the glory days of the titans of industry. Crystal chandeliers with real candles and silk dresses with trains trailing across the parquet flooring. All while their workers lost arms and legs in the mills—at a comfortable distance from the beautiful house.

Alicia saw the balcony doors open and her sister come back inside. Stella was shivering in an affected manner and slapped her hands against her sides to get warm again. Her girlfriend, Elin, laughed at her messing around. She had chestnut brown hair in soft curls that framed a face as sweet as a doll’s.

Since they had become a couple at the end of last semester, she hadn’t moved from Stella’s side. Elin was studying visual communication and dreamt of becoming a documentary maker. Alicia had sworn silently on more than one occasion when Stella’s girlfriend had lugged her camera in with her. Quite how her sister managed to put up with a lens trained on her all day long was beyond Alicia.

Once the queen of the party and her consort had vacated the balcony, it hadn’t taken long for it to become deserted. If Stella paid another visit to it, it would soon fill up again. People were drawn to her, sometimes without even being aware that they were.

Alicia felt a tap on her shoulder. Arash had been keeping her company on the divan and now she looked around anxiously for Stella.

“Take it easy,” he said. “I just want to talk to you, and your sister is quite occupied over there.”

Alicia felt her face redden and didn’t know how to reply.

“If you prefer to talk undisturbed, we could go upstairs,” her coursemate said. “There’s a room to the left of the restrooms. I’ll go first, you follow in a little while.”

Alicia watched him vanish upstairs and shortly after she went the same way. The line for the ladies’ room ran down the hall—everyone was preoccupied with touching up their makeup and didn’t notice her slip into the room next door.

“Welcome to the Pine,” said Arash.

Alicia took in the chairs and tables set out in a horseshoe shape in front of a whiteboard. A trolley by the door contained water bottles and candy in wrappers adorned with the manor’s own logo.

“Is that the name of the room?” she said.

“Yes, and if you don’t like it we can go to the Birch or the Spruce.”

“How many trees are there?”

“More than there are conference rooms in this place, at any rate.”

He hadn’t turned on the ceiling lights and she hoped that he had an ulterior motive for that. The next second, she vanquished that thought. Arash was more smart than handsome, but that alone didn’t mean he needed to put up with the class freak.

She relaxed when he switched topics to their course.

“Sure,” she said, sitting down on one of the tables. “You want to digitize the logistics market and create a marketplace where buyers and sellers of transport services can meet each other.”

Alicia remembered his pitch from the investor day. It had been one of the better ones and had received funding from several of the angel investors who had turned her and Stella down.

“What do you think my biggest technical challenge is?”

“Making the service simple enough for shippers to use,” she said. “Your platform needs to integrate with all the major logistics systems on the market.”

“Exactly. And that’s what I’d like your help with.”

“Me? But I’m working with Stella.”

The answer was so quick and brusque that she was almost surprised by the intensity of her own voice. Arash sat down next to her on the table. Their feet were dangling in the air and their thighs were almost touching.

“Are you sisters, or Siamese twins?”

“Is it true that she has a bigger stake than you?” he added.

“We’re seventy-thirty,” she muttered. “She is the CEO.”

He shook his head.

“What the hell? You built the tech and you co-founded the company.”

“That doesn’t matter. It’s not important to me.”

“How’s that possible? You’re sisters—surely you’ve learned how to share?”

Alicia wished he would stop talking so that they could just sit here in the darkness awhile.

He jumped off the table and stood in front of her.

“No nonsense. No seventy-thirty. A genuine partnership. Half each. You build the shit, I’ll sell it. What do you say?”

“But she’s not treating you right. It’s not just about stakes. I really do think it would be good for you to work with someone else.”

Alicia got down to the floor too. She was sick of listening to other people badmouthing her sister and questioning their relationship.

“You don’t get what Stella means to me—no one does.”

“Sorry, I didn’t mean anything by it,” Arash said, taking a step back. “It’s just that I recognize that behavior. My old man . . .”

He was interrupted by the door to the conference room flying open.

Alicia turned around and saw her sister in the doorway. Stella was fumbling for the switch and a moment later she turned on the lights.

“Not at all. I was just having a chat with Arash,” said Alicia.

The fluorescent tubes on the ceiling were merciless, revealing every millimeter of damaged skin on her face.

“About what?” said her sister.

“Yes, of course,” Stella repeated. “Because Arash is such a great guy, right? That’s what everyone thinks.”

Elin stumbled through the door and put an arm around Stella’s waist. She had a drink in her hand and began nuzzling Stella’s earlobe.

“Please, I’ve had enough of your tongue for now,” said Stella, pushing her away. “We’re talking about Arash and what a great guy he is. Don’t you think so too?”

Her girlfriend looked around uncertainly and appeared to be searching for the right words.

“I don’t know him,” she eventually said.

“But Alicia seems to,” Stella continued. “She apparently enjoys his company very much, which is odd given how stuck‑up he was to the rest of us on the investor day.”

“But didn’t you say that your pitch was better than ours?”

“Yes, I did. But it was after you said people were only investing in my company because I’m from Iran.”

“But it’s true,” said Stella, holding her arms out wide. “All the rich ladies and gentlemen want to demonstrate how much they believe in the immigrant from humble origins. If I’d been called Mohammed then we’d have got money too—I promise you.”

Arash turned toward Alicia, as if waiting for her to say something in his defense. But she knew better than that. There was no point talking to her sister when she was in this kind of mood. Alicia hated herself for being dumb enough to have gone with him to the conference room in the first place.

“I’m leaving now,” he said. “But think about what we talked about, Alicia.”

“Hold up a second,” said Stella. “Exactly what were you talking about?”

Arash was already halfway to the door and replied with his back to her.

“That’s between me and your sister.”

“Let me guess,” she said. “You’re trying to steal her for your worthless company?”

Alicia intensely hoped that her coursemate would keep heading for the hall and disappear into the crowd. But instead, he turned on his heel and fixed his gaze on Stella.

His face was tense. Alicia had never seen him like this before. In lectures and in the hall at college, he was always the personification of calm.

“For me to steal something from you would require you to own it in the first place,” Arash said. “And you don’t own your sister. However, I am trying to recruit her.”

“I knew it,” Stella exclaimed. “If anyone sneaks off with my sister at a party then it’s not to fucking make out.”

She turned to Alicia.

“And you’re going to betray me. Just like that, after all I’ve done for you. Let me tell you this: don’t call me the next time you crash!”

Stella stared defiantly into the middle distance. Her girlfriend looked lost, as if she didn’t know whether she should stay or go. Alicia approached her sister to calm her down.

“He made me an offer and I declined. It was nothing more than that.”

Behind them, Arash shut the door and they heard his footsteps disappear into the hubbub. 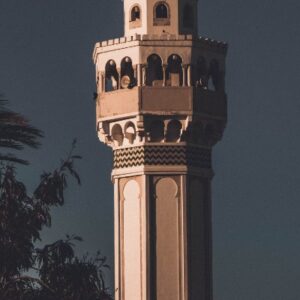 Crime and the City: Tunis Tunisia occupies 165,000 square kilometres in north-west Africa and is home to almost 12 million people. Bordered by Algeria...
© LitHub
Back to top