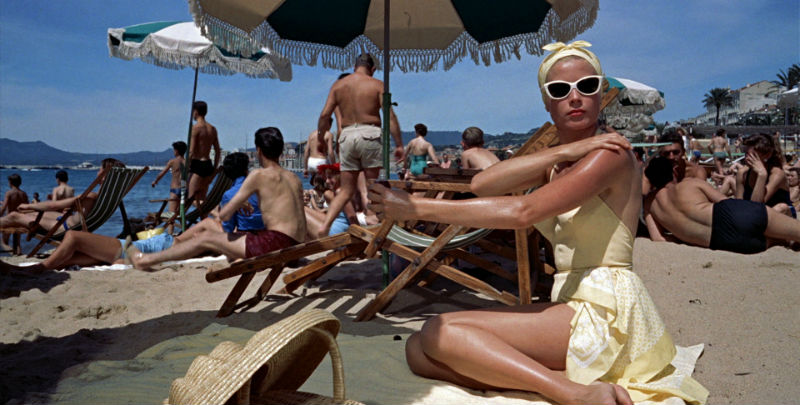 Even if you’ve never been there you know the French Riviera, the Mediterranean coastline of south-eastern France known as the Côte d’Azur—Cannes, Nice, Antibes, Juan-les-Pins, the Principality of Monaco with the casinos of Monte Carlo. The pre-war Riviera conjures wealth and glamour…Scott and Zelda in Antibes and Juan-les-Pins; Somerset Maugham at the Cap Ferrat; and of course Matisse, Picasso and so many other painters drawn to the hilltop villages around Nice enjoying the very special light. While the exclusivity of its heyday could not last it can be glimpsed on celluloid in To Catch a Thief (1955), the quintessential Riviera movie in which Cary Grant plays a former cat burglar and ex-Resistance fighter, John Robie (aka “Le Chat”), now retired and living among the wealthy of the fabled coast. Grace Kelly (who obviously took to the Riviera, later becoming Princess Grace of Monaco) plays the more-knowing-than-expected love interest. It remains one of Hitchcock’s best loved movies, but not many people know that it was based on American writer David Dodge’s 1952 novel of the same name.

Dodge is not that well remembered these days, but his reluctant detective James “Whit” Whitney novels sold well in the 1940s. After the war Dodge created the expatriate tough guy P.I. Al Colby who lived and adventured in Latin America (as did Dodge who relocated to Guatemala after discharging from the Navy). Hitchcock bought the rights to To Catch a Thief after reading an early proof. Dodge travelled the world with his family in tow, writing as he went to make money. In 1950 and 1951, while writing To Catch a Thief, Dodge was renting a villa on the Riviera.

A quick note should perhaps be made here of the American Zekial Marko, who normally published under the pen name John Trinian. Marko’s novels are perhaps the best example of 1960s working-class noirs set on the Californian West Coast. His early 1959 heist novel The Big Grab was set in San Francisco but it’s well worth watching the 1963 French movie adaptation of the book, Mélodie en sous-sol (usually titled Any Number Can Win in English), with French screen giants Jean Gabin and Alain Delon. It was filmed at various locations all along the Riviera.

Of course, David Dodge was not the first or the only crime writer drawn to the French Riviera. Agatha Christie sent Poirot south on the luxury sleeper Le Train Bleu, the Calais–Mediterranée Express, which took travelers to the French Riviera (it no longer runs today; rendered obsolete by the high-speed TGV) in The Mystery of the Blue Train (1928). The Riviera also appears as a location in The Mysterious Mr Quin (1930), a series of not-so-well remembered Christie short stories featuring the socialite Mr Satterthwaite who is shadowed by the far more enigmatic Mr Quin who repeatedly appears at useful moments when crimes have been committed. In the story The Soul of the Croupier, Satterthwaite journeys to Monte Carlo where supposed countesses are not quite all they seem and, of course, there’s a lot of roulette played. Satterthwaite and Quin return to the Riviera, to Cannes to be precise, in The Voice in the Dark, where murder and questionable inheritances follow a group of rich English back home from the sunny French coast.

It would not of course be the Riviera without an appearance or two from Bond. In Ian Fleming’s novels, 007 invariably recuperates in Juan-les-Pins. Actually, Bond has stopped on the Riviera more in the movie versions than he ever did in the novels. However, Anthony Horowitz in his prequel to Casino Royale (where Bond is in a casino, but one in northern France, near Dieppe) Forever and a Day (2018) has 007 seemingly dead in Marseilles at the hands of the Riviera underworld. Talking of which…Graham Greene lived in Antibes in the late 1970s where he got annoyed by the obvious collusion of the Riviera’s warring underworld factions and the Mayor of Nice. It all apparently led to the murder of the daughter of a friend of Greene’s which prompted him to write a pamphlet exposing the grim criminality beneath the glittering surface of the Côte d’Azur called J’Accuse (1982).

And so, the last word on the Riviera—as this is France after all—must go to the greatest of French crime writers (the Belgian) George Simenon. Simenon lived in the Riviera town of Cagnes-sur-Mer for several years after the War. However, his greatest Riviera-set Maigret is the 1932 novel Liberty Bar (usually included with The Mad Man of Bergerac in a volume called Maigret Travels South). The story was inspired by Simenon’s wintering in 1931 at the villa des Roches Grises in Cap d’Antibes. Liberty Bar takes place in Antibes, Cap d’Antibes, Juan-les-Pins and Cannes. Maigret is sent from Paris, tasked with the delicate task of solving the murder of an Australian resident of the Riviera who had been a Resistance hero in the war. Maigret’s investigation takes him from the swank villas of Antibes to the backstreet dive-bars of Cannes. It’s a tour-de-force policier, one of Simenon’s darkest Maigrets and a journey through the Riviera in all its variations, showing it’s not all sun and fun in the Côte d’Azur. 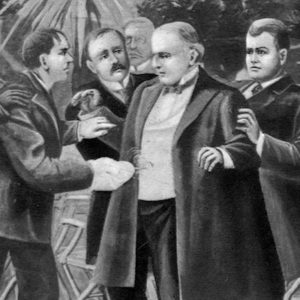 As adoring crowds look on in horror, a popular president is struck by two bullets from a weapon wielded by a lone gunman...
© LitHub
Back to top