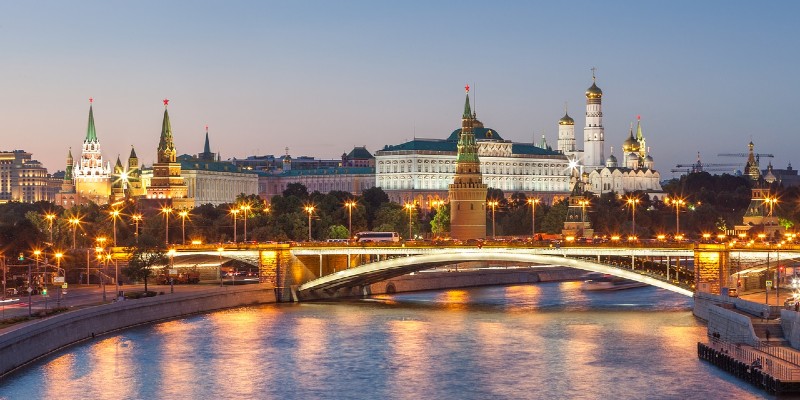 "Crime and the City" visits a world of smugglers, defectors, and Thieves in Law.

OK – here’s the rules, the “Moscow Rules” if you like. All books below are set in the Russian capital but are not about spooks and espionage. Moscow and spy novels are a whole other, very long, and admittedly fascinating, shelf. But this is Crime and the City, so we’re sticking with cops and robbers, killers and detectives.

And so, let’s start with one of the best crime novels of the twentieth century, now forty years old but, if you’ve never read it, still as fresh as a daisy. I submit for your perusal Martin Cruz Smith’s Gorky Park (1981) and the debut of Moscow Homicide Investigator Arkady Renko in the dying days of the Soviet Union. Three corpses in Moscow’s Gorky Park – two men and a woman – shot and their faces and fingertips cut off to prevent identification. Smuggling, defection, betrayal, the grim reality of the USSR versus the dream of the West. I’ll say no more – it’s a classic. If you haven’t read it do so, now…

After Gorky Park Arkady does go walkabout throughout the series – Havana, Chernobyl, the frozen tundra of Siberia – and then in Stalin’s Ghost (2005) he returns to Moscow – Vladimir Putin’s Moscow. Muscovites keep reporting sightings of a spectral Stalin wandering the city’s Metro. Arkady is still, after quarter of a century and several regimes since Gorky Park, unpopular with his bosses. He investigates and finds himself at the heart of a string of murders that seem to point to a gang of Chechen War veterans. Arkady also stays in Moscow for Three Stations (2010), which pitches our weary hero into the maelstrom of bling-bling early twenty-first century Moscow in the quest for a stolen baby. Arkady Renko’s final outing, Tatiana (2013), also finds him in contemporary Moscow when (in shades of true events and the murder of journalist Anna Politkovskaya) investigative reporter Tatiana Petrovna falls to her death from a sixth-story window the same week that a Russian mob billionaire, Grisha Grigorenko, is shot and buried with the trappings afforded minor royalty. Arkady is caught between the Vory v Zakone (‘Thieves in Law’ mafia groups) rough and ready crime gangs of the era and dissident reporters.

Cruz Smith published his last Arkady Renko novel, The Siberian Dilemma, in 2019 taking Renko out east to the tundra. Here’s hoping there will be more to come from the dogged Moscow investigator.

Arkady Renko doesn’t get all the crime in Moscow to himself. A few more Moscow-set crime novels…

A few historical crime novels harking back to the days Stalin ruled Moscow through to the new post-Soviet world. And three excellent series.

Tom Robb Smith’s Child 44 (2008), adapted into a successful movie in 2015, is the first in a trilogy featuring Ministry of State Security (MGB) agent Leo Stepanovich Demidov. Child 44 is loosely based on the real-life crimes of Andrei Chikatilo, the so-called “Butcher of Rostov”, a prolific and horrific serial killer of children, though set slightly earlier than in reality, back into Stalin’s Russia. Demidov lives in Moscow with his wife Raisa. He commands a unit tasked with tracking down and arresting dissidents, a “crime” in the USSR his wife is later accused of.

Domidov returns in The Secret Speech (2009), three years after the events of Child 44 and now Leo has established the Homicide Division of the KGB. He is tasked with investigating the apparent murder of Suren Moskvin, an MGB officer. To investigate Leo must look back into the dark murderous years of Stalin’s rule. Finally, in Agent 6 (2011) Leo has left the secret police. His wife Raisa, and their daughters Zoya and Elena, are invited on a “Peace Tour” to New York City, a trip that ends in political disaster and death. Leo must investigate this very personal tragedy and murder and find out who is “Agent 6”, an investigation that will take him from the familiar streets of Moscow to the mountains of Soviet-controlled Afghanistan, and finally to the backstreets of New York.

It’s always surprised me that more people don’t know Irish author William Ryan’s Captain Korolev series set in 1930s Moscow. The books have recently been reissued as the ‘Moscow Noir’ series. The first in the series, The Holy Thief (2010), starts in 1936 Moscow – a city in fear of Stalin’s Great Terror and the mass purges. Captain Alexei Korolev, a detective with the Moscow Militia, investigates the murder of a woman found in a deconsecrated church. The trouble starts when he discovers the victim is an American bringing political trouble for him and contact with the Thieves, the bosses of Moscow’s underworld. As the bodies mount the chances of Korolev been taken to the basement of the Lubyanka (secret police HQ) for a bullet in the neck.

Book two in the trilogy In the Bloody Meadow (2011 and published as The Darkening Field in the USA) Korolev has narrowly avoided being sent to Siberia and instead is tasked with investigating the suspected suicide of a young woman, Maria Lenskaya. Starting in Moscow Korolev finds himself heading east to the Ukraine and Stalin’s enforced famine. Finally in The Twelfth Department (2013) Korolev, now surviving into 1937, has to find the killer of a top Russian scientist shot dead in front of the Kremlin. As more scientists die Korolev finds himself unwillingly caught in a turf war between two rival factions within the Soviet secret police, the NKVD. All in all, a great trilogy.

As is Stuart Keminsky’s sixteen-novel Inspector Rostnikov series. Inspector Porfiry Petrovich Rostnikov is a police investigator in Moscow. The series goes back to the USSR – the first, Rostnikov’s Corpse (also known as Death of a Dissident), was written in 1981 and concluded with 2010’s A Whisper to the Living. Pretty much all the Rostnikov’s are good and reading the entire series probably qualifies you to drive a Moscow taxi. The fifth, A Cold Red Sunrise (1988), won the Edgar Best Novel award from the Mystery Writers of America in 1989 while others in the series have been nominated in other years.

And finally, when it comes to writing about Moscow there’s no escaping the staggeringly prolific Boris Akunin and his Detective Erast Fandorin series set in nineteenth century Russia (with regular side trips to other countries). In the first in the series, The White Queen (1998), we encounter young Fandorin starting out, in 1876, as a clerk in the Criminal Investigations Department of the Moscow Police, investigating a seemingly straightforward case of public suicide by a rich young man, though uncovering a powerful and terrible conspiracy. In The Death of Achilles (1998) it is now 1882 and Fandorin returns to Moscow from diplomatic service in Tokyo with his Japanese manservant Masa. Mikhail Sobolev, who apparently suffered heart failure in his hotel room. Fandorin, Moscow’s Governor-General’s Deputy for Special Assignments has just died of a heart attack, but was it accidental?

Fandorin returns to Moscow in several more books in the series – The State Counsellor (1999), taking on revolutionaries; The Coronation (2000), 1896 and the coronation of Tsar Nicholas II; She Lover of Death (2001), where it’s the turn of the century and a “suicide club” has all Moscow terrified. Fast forward to 1911 and Fandorin investigates murders in the theatres of Moscow in All the World’s a Stage (2009). Moscow pops up in many of Akunin’s short stories and other novels where the main action is the Russo-Japanese War, Constantinople, Baku or any of the other dozen cities and historical events Fandorin finds himself involved with. It’s hard to find more old Moscow than in Akunin’s books. 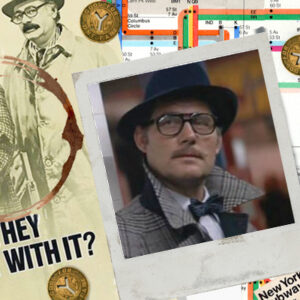 The New York City subway system has remained relatively unchanged since the 1970s. This an easy initial takeaway of The Taking...
© LitHub
Back to top