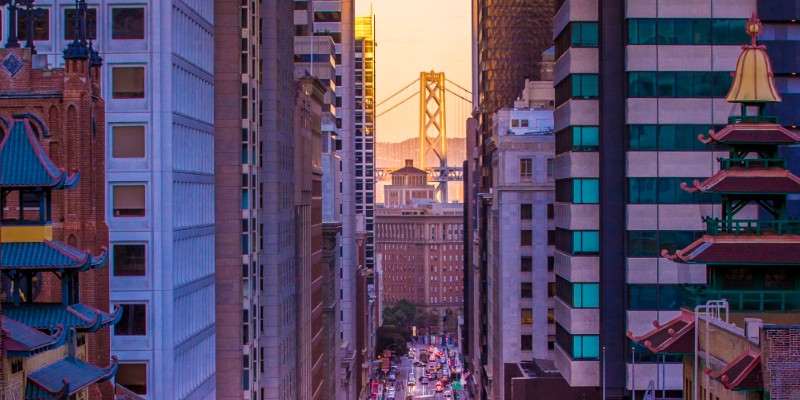 The City by the Bay has a literary tradition like no other.

San Francisco, San Fran! What a location, what a bridge, what a history of crime and vice. From the legendarily wild Red Light district of the Barbary Coast, born out of the California Gold Rush of 1849, to today’s Silicon Valley, born out entrepreneurship and hi-tech skills (along with a little skulduggery and corporate shenanigans of course). San Francisco has survived earthquake, fire, and epidemic. It’s been city of almost constant physical, social and political fracture. It’s a liminal city—as far as you can go on the US mainland before it becomes Asia. A country that started in the east, ends in the west, pretty much at San Francisco. For those on the run it’s all too often the end of the line. And, if you like your noir hardboiled, foggy and rain-drenched then San Fran’s the city for you too.

Of course, there’s no avoiding Dashiell Hammett in San Francisco anymore than you can dodge Raymond Chandler down in California’s other great metropolis. Hammett started out in the East, went West as a Pinkerton and, thanks to a dose of the Spanish Flu, ended up first in Tacoma convalescing and then in San Francisco. The city runs through his fiction like Brighton through rock. His second novel, featuring his nameless Continental Op character, The Dain Curse (1928) is set in San Francisco—murder, robbery, the rich, a religious cult and some morphine, though it has a surprisingly upbeat ending. Hammett soon cured himself of that weakness (for a hardboiled ‘man with a gun’ writer) and Sam Spade entered the American crime writing Hall of Fame (though sadly such a thing does not actually exist—yet!) in The Maltese Falcon (1930). Sam’s not such a nice guy (his shock at his partner Archer’s death at the start of The Maltese Falcon is tempered by the fact he was sleeping with his wife) and while he may ultimately have some sort of moral code, he’s not exactly Mr Empathy. Sam Spade—hardboiled and San Fran to the core, much like, by this point, his creator. According to Hammett expert and the man who’s tracked down so many of Hammett’s actual San Francisco locations used in his novels, Bob Cromwell, most of The Maltese Falcon was written from 891 Post Street where today a plaque commemorating the author is on the wall.

It’ll be argued over for years, but for many crime fiction aficionados hardboiled noir starts with Hammett on the streets of San Francisco. Don’t believe me? Then listen to the other major contender, Raymond Chandler himself: ‘Hammett was the ace performer, but there is nothing in his work that is not implicit in the early novels and short stories of Hemingway. Yet for all I know, Hemingway may have learned something from Hammett…He was spare, frugal, hard-boiled, but he did over and over again what only the best writers can ever do at all. He wrote scenes that seemed never to have been written before.’

Sam Spade (and you really can’t help seeing Bogart) only featured in the Falcon and four short stories by Hammett. Joe Gores’s Spade and Archer (2009) goes back to 1921, before the events in The Maltese Falcon to describe how Sam Spade set up his own agency and spent half a dozen years in San Francisco dealing with booze runners, waterfront thugs, stowaways, banking swindlers, gold smugglers, bumbling cops, other men’s mistresses, and long-missing money right before that fateful day “Miss Wonderley”, aka Brigid O’Shaughnessy, walks into the offices of Spade and Archer.

But we can’t spend the whole article talking Hammett—there’s more to San Francisco crime writing than just him and Sam Spade.

The high life of 1920s prohibition San Francisco is captured in Laurie R King’s five book Kate Martinelli series. Martinelli works for the San Francisco Police Department as a Homicide Inspector. Artists, homeless kids, a gay church and a lost Sherlock Holmes manuscript feature in the first book in the series A Grave Talent (1993). Through the rest of the series just about every iconic San Fran location— trolleybuses, hillside houses, and the famous hotels—all feature.

The war came and went and post-war, in the 1950s, it seemed the fog, rain and the drunks of the Embarcadero just kept right on keeping on. Latterly we’ve seen a few PIs head to wartime San Fran. Poor Butterfly (2012) sees Stuart Kaminsky’s long-running Hollywood gumshoe Toby Peters get a change of scene (in his fifteenth book) and head north in 1942 where despite Pearl Harbor the San Francisco opera is planning to go ahead with a production of Madama Butterfly. But there’s plenty don’t want the performance to go ahead and are maybe willing to commit murder to stop the singers taking the stage.

Charles Willeford was holed up in a sleazy San Francisco hotel in the early 1950s while on leave from the army when he wrote Wild Wives (1956), an amoral, sexy and brutal noir featuring crooked detective Jacob C. Blake mixed up with a beautiful, but apparently insane, wife of a socially prominent San Francisco architect. Willeford’s better known for his Chandleresque Hoke Moseley series, but Wild Wives is a tough hardboiled read. Malinda Lo’s Last Night at the Telegraph Club (2021) is a neo-noir set in 1950s San Fran Chinatown with Red-Scare paranoia threatening the Chinese community. Against that backdrop Lily Hu has fallen for Kathleen Miller the moment they met under the flashing neon sign of a lesbian bar called the Telegraph Club. The novel is a lovingly re-created 1950s San Francisco full of historical detail and tension.

The closeted McCarthyite 50s gave way to the liberated sixties and few cities in the world embraced that ethos and breath of fresh air more than San Francisco. Easy Rawlins is on his way back to LA but decides to check out San Francisco in the Summer of Love in book 10 of Walter Mosley’s series Cinnamon Kiss (2005). Easy’s pal PI Saul Lynx fixes him up with some work in San Fran on the trail of a wealthy and eccentric lawyer and the lawyer’s exotic lover, a girl known as Cinnamon, who have disappeared. Summer of Love maybe, but also the summer of anti-war protests, and a growing awareness of civil rights.

Coming more up to date Michael Nava’s gay Mexican-American attorney Henry Rios has been the subject of eight novels now. The first, The Little Death (1986), sees Rios drawn into the murder of a wealthy man while another, Carved in Bone (2019) that weaves together the gripping story of two gay men against the backdrop of 1980s San Francisco and the tsunami of AIDS. Not all the Henry Rios books are set in San Francisco but it’s a series well worth reading all the same.

There are many, many more crime novels set in San Francisco but space precludes listing them all. Still, finally we must mention 12-year-old detective Isabel “Izzy” Spellman who works for the family firm Spellman Investigations and has been described as part Nancy Drew and part Dirty Harry (himself of course no stranger to San Francisco). Lisa Lutz’s The Spellman Files (2007) series has masses of fans and, even if your tastes run to the more hardboiled, you might see why if you try one. Luckily the Spellman’s of San Francisco have a detective agency as their first major case is the kidnapping of Izzy’s sister, 14-year-old Rae Spellman. The Spellman series includes Revenge of the Spellmans (2009), The Spellmans Strike Again (2010), Trail of the Spellmans (2012), and The Last Word, also released as The Next Generation (2013). They’re hard to resist.

So much of the ethos of the hardboiled writing out of San Francisco in the 1920s and 1930s featured criminal attempts to defraud millionaires, steal unearned incomes and highlighted the vast disparity in wealth between the mansions of Nob Hill and the flop houses of the Embarcadero. It’s impossible to imagine in today’s San Francisco of old row houses fetching multi-million dollar price tags, mass homelessness contrasted to the wealth and privilege of Silicon Valley that San Fran’s contemporary crop of crime writers will struggle to find a new hardboiled style for the city’s literary output. And, of course, it’s already happening in the new hi-tech San Fran…

So finally, Leonard Chang’s Allen Choice trilogy bounces back and forth between San Francisco and LA. In book one of the series, Over the Shoulder (2001) we meet the Korean-American Allen Choice working as a security specialist for Silicon Valley executives. When Choice’s partner gets killed on the job he starts to investigate, along with an inexperienced Bay Area reporter, Linda Maldonado, only to discover the killing could link back to the mysterious death of Allen’s father some twenty years earlier. The second book in the series, Underkill (2003), is set mostly in LA but Choice returns to San Francisco in the final book in the series, Fade to Clear (2004). A great series, now slated for a TV show and in a world where the money, power and, often the bad guys have gravitated towards Silicon Valley. 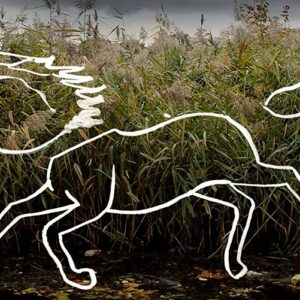 Another week, another batch of books for your TBR pile. Happy reading, folks. * Samantha Downing, For Your Own Good (Berkley) Just...
© LitHub
Back to top