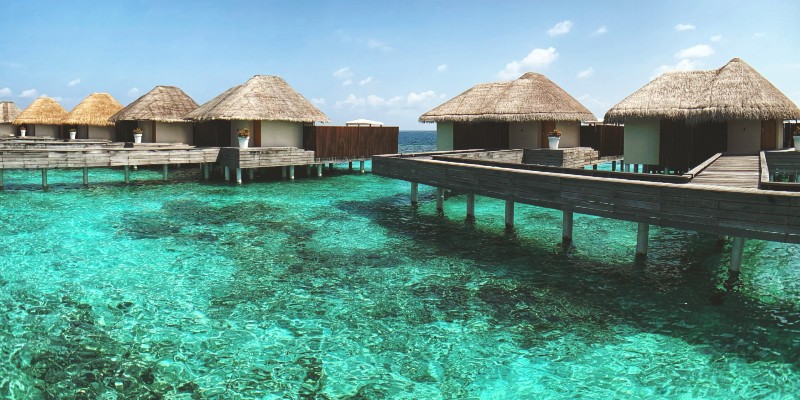 Crime Fiction in The Maldives: When Romance and Paradise Turn Bad

Crime and the City visits an island paradise.

The Maldives may be many people’s idea of paradise, a dream holiday, the perfect honeymoon. But in the world of crime fiction it’s most definitely a paradise gone seriously wrong! Nobody is who they seem; the perfect partner a potential killer; those clear blue seas a death trap. But it still looks like an oasis in the idle of the Indian Ocean and has emerged as a rather specialist location for the sub-genre of crime writing we admittedly mention all too rarely in Crime and the City – romance mysteries. It’s a big genre for Maldives-set books – that man you thought irresistible, handsome, rich, kind, in love with you? Well it usually turns out that maybe he’s none of those things and is really a whole lot of trouble… Yes, that old favourite ‘trouble in paradise’ is alive and well in the Maldives.

But first, just in case you’re not clear – the Maldives are an archipelago, about 750 miles offshore of Sri Lanka in the Indian Ocean and straddling the equator, meaning year-round good weather. The local population is of course swelled by the massive holiday trade. The number of resorts have boomed in recent decades and it’s easily the Maldives main source of income with over 550,000 international tourists in the last good year before the covid-19 pandemic hit, though it’s said the numbers are bouncing back fast. So, mix a cocktail, find a sunny spot, try and imagine yourself looking out across the clear blue ocean, and check out these Maldives crime novels…

Of course there’s some good old-fashioned murder-mystery novels set in the Maldives. Such as the clearly titled make-no-mistake Murder in the Maldives by Indian author and whodunit aficionado Sanchita Sarin (2019), inspired by a vacation she took to the archipelagic state. The ultra-luxury Embassy Island resort is doing good business till millionaire Jeffrey Dale turns up dead. detective Devin Langhar is called in to investigate. It’s Sarin’s debut novel, but hopefully Devin Langhar will be back for more.

Holly Watts’s character is undercover journalist Casey Benedict who visits the Maldives in The Hunt and the Kill (2021) which swings from Zimbabwe to the Maldives. It’s the third book in the Casey Benedict series, which globe trots at a frantic pace.

But let’s get into the ‘when romance in paradise turns to murder’ genre , which the Maldives seems so perfectly suited to:

Colet Abedi’s debut novel Mad Love (2014) features virgin (and that fact does apparently become important) Sophie Walker on a tropical holiday in the Maldives. Sophie’s willing to give it all (if you know what I mean?) to perfect catch seeming British Tycoon Clayton Sinclair. But what’s his secret? Sophie is in the Maldives to escape her mundane life, but Clayton Sinclair might be a bit too much of a handful. LA-based Abedi has worked as a head writer for telenovela serials set in hopelessly glamorous worlds, so she knows how to keep the pace moving along and everything looking fabulous.

Another seemingly perfect relationship in an apparently perfect setting is the core of British author Tina Seskis’s third novel The Honeymoon (2017). It was going to be Jemma’s perfect honeymoon – two weeks in a five-star luxury resort in the Maldives. Because the man she married a week ago has just disappeared from the island without a trace along with the life he promised her. Where’s he gone and who in the Maldives can she trust to help her find him? The novel has reportedly been optioned by Lindsay Lohan.

Naomi Davies is more romance than mystery to be fair and her A Maldives Adventure (2016) is a book in her “Sweet Mystery Romances” series. Sandy and Anne need a holiday and jet off to the luxury Emperor Island Hotel in the Maldives. There they meet what appear to be two perfect men, Paulo and Giorgio (very romance novel names). But the pair keep disappearing without any explanation and acting in very strange ways for two tourists simply looking for a little holiday romance. What on earth is going on?

Like Naomi Davies, Marni MacRae is a little more romance than mystery. But MacRae’s debut novel Lady Sun (2015) is a mystery novel. Sophia has booked the vacation of a lifetime to escape the American northwest winter for the Maldives. Boarding a luxury yacht she meets Lucas, a fellow vacationer who is, as they say, drop dead gorgeous – a cowboy somehow transplanted to the Indian Ocean. But after disaster strikes the two must get to know each other better in order to survive.

And finally, given how many books he sells we mention mega-author Clive Cussler all too rarely in Crime and the City. And he did (Cussler died in 2020) write about so many international locations in his 80-plus books, particularly his best known “Dirk Pitt” novels. Cussler was also a keen explorer and wreck diver, so nautical themes occur regularly in his work. And so The Storm (2012), the tenth book in his NUMA series – the National Underwater and Marine Agency (founded by Cussler to explore shipwreck sites as a non-profit organization with the same name as the fictional government agency that employs Dirk Pitt.) The Storm is set off the Maldives, in the middle of the Indian Ocean, where a NUMA research vessel is taking water samples at sunset, when a crew member spots a sheen of black oil ahead of them. But it is not oil. Like a horde of army ants, a swarm of black particles suddenly attacks the ship, killing everyone aboard, while the ship itself goes up in flames. More thriller than crime, but if you like Cussler, Dirk Pitt and want to spend some time in the Indian Ocean it’s a great novel.

And so what do we learn from this selection of crime fiction set in the Maldives. Certainly it’s the holiday of a lifetime and the resorts are amazing. Enjoy the beaches, drink the cocktails, snorkel to your heart’s content, but watch out for those good-looking guys hanging round the bar. They may not be who they claim to be and your dream holiday could be pitched into a murder mystery. But then that might be many CrimeReads regulars’ perfect vacation! 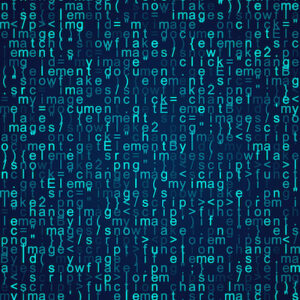 I have a weird job. I think. Maybe. On the one hand, when I tell people what I do, it almost invariably brings them up short....
© LitHub
Back to top