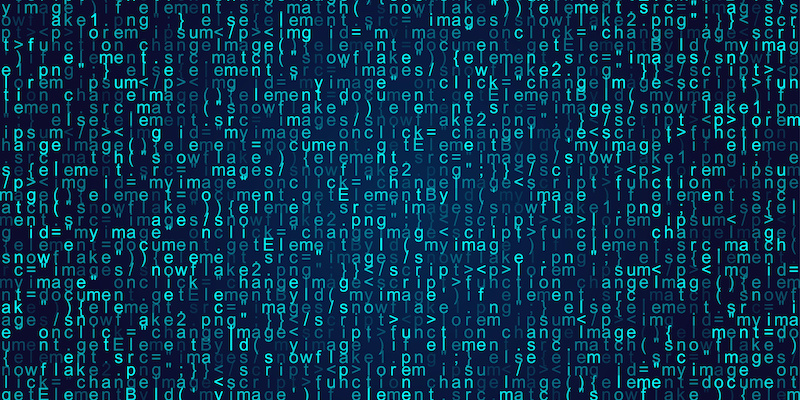 "Suffice it to say that playing hide and seek with a sanctioned person’s assets can get really (and I mean really) complicated."

I have a weird job. I think. Maybe. On the one hand, when I tell people what I do, it almost invariably brings them up short. To me, on the other hand, it seems perfectly normal.  I sit in front of a computer reading spreadsheets, scanning emails, and jumping onto Zoom calls. It is the everyday life of the everyday 21st century knowledge worker. To the extent that I do anything out of the ordinary at the office, it’s that I’m extremely resistant to working during my lunch hour: which just makes me . . . French? “Non, mon ami. Call me in an hour. I am about to leave the building to eat something. Join me if you wish, but don’t talk about le travail.”

Oddly, though, my lunch hour fetish seldom provokes comment. It is the fact that I am taking a break from a workday in financial counterterrorism that grabs the attention.

But making that happen, of course, is rather harder.

Those of us who don’t actively avoid the news (and who could blame you if you do) will undoubtedly have seen clips of political people of various stripes stepping up to a battery of microphones and announcing that such-and-such behavior is unacceptable in a civilized world, that such-and-such a person (or class of persons) is responsible for such-and-such behavior and therefore the government is going to impose “sanctions,” which generally means that their assets will be “frozen” until they learn the error of their ways.

Which sounds great. Except, of course, that governments can’t freeze much of anything. People don’t have bank accounts with governments. They have bank accounts with, well, banks. If someone is named as a sanctions target, it is the banks that have to figure out if that person has an account with them and not someone with a similar name (few parents, somehow foreseeing that their gurgling newborn will grow up to become a threat to mankind, give their child a suitably appropriate and easy to track name like, say, Ming the Merciless), or if that person is wiring money from A to B using the bank’s facilities, or if that person owns shares in a perfectly legit company that is being traded on a stock exchange when the parties to the trade are anonymous, or if it’s about to lend money to a company that is derivatively owned by that person, or . . .

Let me stop there. Suffice it to say that playing hide and seek with a sanctioned person’s assets can get really (and I mean really) complicated. And that, in a nutshell, is what I do. I get up every morning to work in a bank where my colleagues and I play hide and seek with money. Mostly by sitting and looking at computer screens. Like I said, I’m a knowledge worker. James Bond it is not.

When I’m not playing hide and seek with money, I’m a writer. My latest book is my first mystery novel, A Quiet Teacher: a murder mystery set in an upscale high school in Pennsylvania. A school where some of the parents aren’t very nice, and where the “quiet teacher” of the title is hiding from a dark and deadly past. A past he is forced to confront when he is drawn into a murder investigation.

It sounds like it’s a thousand miles away from working in a bank, even in the somewhat unusual capacity of counterterrorist financing. But then, of course, I got to thinking. What people do for a living influences who they are, and when it comes to authors, who you are invariably leaks into your work. Charles Dickens, who was exploited as child labor in a Victorian shoe polish factory, frequently had harsh childhoods at the heart of his novels: think Oliver Twist, Little Nell, Paul Dombey, Pip, and perhaps most autobiographically of all, David Copperfield, who worked as a child in the grim environs of Murdstone and Grinby’s warehouse.

So, thinking about it some more (and readily conceding I am no Charles Dickens) I have come to the conclusion that I am no different from any other writer. My day job influences both how I write, and what I write about.

In terms of how I write, the most obvious impact is that my job doesn’t leave me with a lot of time. Between work and family, I can squeeze in maybe an hour or two a day to tap on the keyboard, which has a second order effect: I have to be organized. I don’t have time to be anything else.

Coming from a work world of spreadsheets and schedules, it is simply more efficient for me to plan where I’m going before I start. The time for writing is short. I don’t have the bandwidth to throw 20,000 words into a rabbit hole, fun though the adventure would be. Also, I’m not sure I could write a murder mystery that way. In a sense, when you write a murder mystery, you are asking the reader to travel backwards to the beginning. We all know how the story ended – with a murder. What we’re trying to find out is how we got there. As an author, you have to know who did the deed, how, and why before you start, which is half of an outline right there. And then, having done all that, all the clues have to fit, all the suspects have to be plausible, and how the detective follows the trail to a conclusion has to make sense. For me, fitting all those things together into a seamless whole requires an outline. I would never get there if I simply started writing and tried to take the scenic route.

As for how my day job influenced what I write about, I think what has leaked into A Quiet Teacher is a couple of insights from a lifetime’s experience of working for and with large organizations.

First, no one really achieves anything on their own. This is absolutely the case in financial counterterrorism, where you rely on overlapping teams of specialists to get a variety of jobs done. It’s also true in real life. Your typical “self-made” millionaire was taught to read and write by someone, was lent money by someone else, and relied on employees and partners to see their vision through to reality. Their ultimate success was not a solo endeavor.

In fiction, though, the invincible hero standing alone against all odds is quite common (only Flash Gordon can save the galaxy!) and I love reading stories like that. But I find it difficult to write them. It runs contrary my everyday experience. While my teacher-detective is good at detecting, he doesn’t know enough to finish the job on his own. He needs help from others – and someone to watch his back while he is going about his business. Just like the rest of us.

The second thing is that large organizations, despite outward appearances, and very much like the rest of us, have resource constraints. Money and people and equipment aren’t endless. A shortage of resources can lead to conflict and sub-optimal choices, which are the lifeblood of the fiction writer. In a TV procedural, where you have no more than 44 minutes to tell a story, it makes sense to go to the crime lab and order a series of exhaustive tests in minute ten, which come back complete and infallible by minute twenty, and allow the protagonists to wrap up the case by minute forty with four minutes left for humor and character development. But when writing a crime novel, I have found that I tend to lean into the bureaucracy of resource management. Maybe there isn’t the money for the test, or not enough people to do it, or someone with more clout wants the money and people directed to some other mission. There’s a certain amount of bureaucratic friction in my fiction.  It’s a great way to slow down and misdirect the police (or shadowy organizations from my protagonist’s past) for long enough to give my amateur detective a fighting chance for both success and (in his case, at any rate) survival.

So there you have it: how a perfectly ordinary job in financial counterterrorism can leak into a murder mystery set in a high-end high school. From which, I think, we can conclude as follows: whenever you crack open a book, the smudgy fingerprints of the author’s life will have been left somewhere in the text. All you need is a magnifying glass. 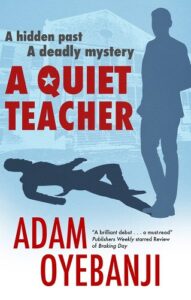 Of Scottish and Nigerian descent, Adam Oyebanji was born in Coatbridge, North Lanarkshire. He recently took the big step of moving east to Edinburgh by way of Birmingham, London, Lagos, Chicago, Pittsburgh and New York: a necessary detour, because the traffic otherwise is really, really bad. A graduate of Birmingham University and Harvard Law School, Adam works in the field of counter-terrorist financing, helping banks choke off the money supply to rogue states, narcotics empires, and human trafficking networks. His acclaimed debut novel, Braking Day, was published in 2022. A Quiet Teacher is his first mystery novel.

Crime Fiction in The Maldives: When Romance and Paradise Turn Bad 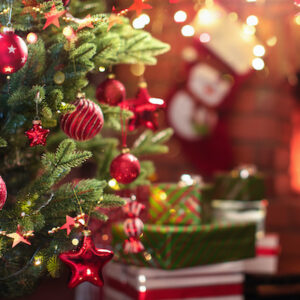 What goes into writing a Holiday-themed mystery? We brought together three mystery masters who between them have written...
© LitHub
Back to top