The Tartan Noir Phenomenon Has Penetrated the North of Scotland

It’s summer! Time for a brief vacation away from the gritty back streets and seedy underbelly of the world’s crime cities. A chance to breathe fresh air under the big sky of the Highlands and Islands of Scotland. A quick definition may be in order. Basically, the H&I are the Scottish Highlands, plus Orkney, Shetland, the Western Isles and including the city of Inverness. For the purposes of this article (and Scottish geographers please accept it is only to be able include more books and not to redraw any boundaries north of the border!), I’m going to include all the Western Isles and all the Inner and Outer Hebrides too.

A place of big hearty breakfasts, long bracing walks with nobody around for miles, and a wee dram before a peaceful early night. Such a refreshing contrast from my usual beat of crack dens, meth labs, smoky bars and fetid police interrogation rooms. Surely, up here, in the majestic Highlands and Islands I can peacefully concentrate on nature, put aside that pile of yet-to-be read crime novels, and instead peruse Walter Scott or some Rabbie Burns?

Err, no. It turns out that, as far as crime novels go, this place is a sink of depravity and a den of iniquity to rival Hell’s Kitchen in its heyday, with about as many murders as Al Capone’s Chicago, or Victorian Whitechapel. The whole place is full of spree killers, Glaswegian gangsters-on-the-lam and desperate crimes of passion that the lads and lassies down at the tourist board would probably rather you didn’t know too much about. The Highland and Islands, it appears, has hidden, and distinctly criminal, depths.

Technically crime set in the H&I is part of the larger Tartan Noir phenomenon—William McIlvanney, Ian Rankin, Denise Mina, Val McDermid et al. But perhaps we need a sub-set: Tweed Noir? A perfect starting place would be Peter May’s I’ll Keep You Safe (2018) in which the owner of an actual tweed company is blown up in Paris. Back in the Hebrides the dead man’s wife seeks answers while herself becoming the major suspect. Despite an excellent series of crime novels set in China (see Crime and the City Beijing) May keeps returning to the north of Scotland. The Lewis Trilogy, starting with The Black House (2011), sees Lewis-born Detective Inspector Fin Macleod return to the island from Edinburgh to investigate a murder in the close-knit community. The Lewis Man (2011) and The Chess Man (2012) continue the Fin Macleod series. May also has a number of stand-alone crime novels set in the Hebrides including Coffin Road (2016), which takes place on Harris where a man is found washed up on a deserted beach, barely alive and borderline hypothermic. He has no idea who he is or how he got there.

Anne Cleeves is as well known to TV watchers these days as to her loyal readers thanks to the success of Vera, with Brenda Blethyn as the decidedly unglamorous and dogged Detective Chief Inspector Vera Stanhope of the Northumberland and City Police, as well as Shetland (with Douglas Henshall). Both have been big hits. Shetland is based on Cleeves’s series of novels featuring Detective Inspector Jimmy Perez. Despite his name Perez is Highlands & Islands through and through (his ancestors were Spanish Armada sailors shipwrecked on the island of Fair Isle—true story). He’s been away working in Glasgow but a murder brings him to Shetland. The Perez series started with Raven Black in 2006 and eight more Perez novels have been published since, most recently Wild Fire (2018). Basically the prolific Cleeves seems to write one Vera novel, then a Perez, and then a Vera, and then a Perez… ]Given that Vera on TV is now in its ninth season while Shetland has just had its fifth season green-lit, it seems she’ll have to remain prolific for a while yet.

And finally, the brilliant His Bloody Project by Graeme Macrae Burnet, published in 2015. The book is quite remarkable for a number of reasons. Firstly, it was a massive success in the UK and published by a small independent Scottish press called Saraband. Secondly, it’s a wonderfully crafted hoax; a psychological thriller masquerading as a slice of true crime. Macrae Burnet presents the reader with a cache of “found” documents relating to a brutal triple murder in 1869 amid a Highlands crofting community and the subsequent arrest of Roderick Macrae. The “found” documents includes Macrae’s memoir written in Inverness jail while awaiting trial. Macrae Burnet claims to have discovered all these documents while researching his own Highland ancestors. It’s revenge tragedy, courtroom drama, and description of the minutiae of Highland life in the nineteenth century. Yes, it’s a gigantic literary hoax,  but an un-put-down-able (a most overused term but applicable in this case) and utterly absorbing one. I promise you, you won’t have read too many books like His Bloody Project.

And that was the many and varied Highlands and Islands of Scotland. Summer’s drawing to a close now, the nights getting darker earlier: enough of washed up bodies, long buried secrets and closed communities. Back to the old routine next time of anonymous city streets, unclaimed victims, stressed out urban cops and corrupt municipalities. One last dram afore ye go? 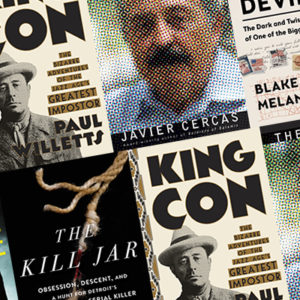