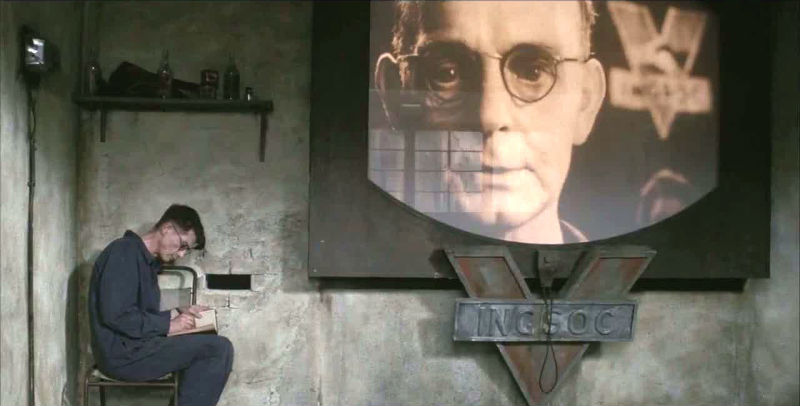 Crime Fiction in
the Time of Trump

No Scandal Is Too Outrageous for Today's Thriller Writers

The item came across Chris Holm’s screen shortly before 9 a.m. one Thursday morning, just as he was settling in to write.

It was an article from The Washington Post: A Russian sex worker arrested in Thailand had uploaded an Instagram video from the back of a police car claiming she had evidence that directly tied the President of the United States to the Kremlin, and she would trade it to any person or government entity that would help secure her release.

“I didn’t actually believe her,” clarified Holm, the Anthony Award-winning author of The Killing Kind. “But it tells you everything you need to know about this moment we’re living in that you can no longer dismiss those kind of claims out of hand. Thriller writers have always needed to go to the edge of what’s believable and then expand those boundaries. It’s just difficult to know where the line is anymore when the edge of believable keeps getting pushed out.”

All of which begs the question: When our reality is this weird, what’s it doing to our fiction?

Because of the long gestation period of a novel, we’re only just now seeing the first trickle of books that were developed, written, and edited during the ascendency of President Trump and the head-spinning early days of his reign. With this in mind, I undertook a highly unscientific poll of agents, editors, and my fellow authors of crime fiction to ask them how this extraordinary time in history was impacting our genre—both in what’s being written, how it’s being written, and what is capturing readers’ attention.

What I found was, unlike so many things related to Trump, subtle and nuanced. There’s no great tsunami of forthcoming books in which an erratic narcissist in the White House casts juvenile taunts at foreign leaders while casually threatening nuclear war—and thank goodness, because we get enough of that already. It’s more a gentle lapping of smaller waves, created by authors who are no longer looking at this mad new world in quite the same way.

Start with one inescapable conclusion: Whether you love Trump or loathe him—and most in the business clearly fall in the latter category—the jaw-dropping nature of the news is loading writers’ toolboxes with possibility.

“Thriller writers are perhaps the only group of laborers in America who can say that Trump’s presidency has had a positive impact on their livelihood,” said Dan Conaway, an agent with Writer’s House. “The corruption, the bald cronyism, the daily proof that rules or laws are not, in fact, impediments to criminal conduct even in the highest office in the land—nothing, anymore, feels too far-fetched.”

Beyond that, the other conclusion shared across the industry is that the fever pitch of the 24-hour news cycle, which delivered one oh-my-God-have-you-heard-the-latest development after another, made the early Trump Era a historically tough time in which to get people talking about books.

The result, sales-wise, was a New York Times bestseller list that read like it was being recycled from past years. It wasn’t merely that it was dominated by the same James Pattersons, John Grishams, and J.D. Robbs—nothing new there—it’s that the peppering of first-timers that usually give the list flavor were conspicuously absent.

Starting from well before the election, there wasn’t a single newcomer on the hardcover fiction bestseller list until March 26, 2017, when Mohsin Hamid’s Exit West appeared at No. 5. And even that—it was a book about refugees—was arguably as much a reaction to the politics of the moment as anything.

Otherwise, titles that garnered critical acclaim in 2017 and might have broken out during a calmer time—like Bluebird, Bluebird by Attica Locke or The Marsh King’s Daughter by Karen Dionne—simply didn’t get enough word-of-mouth traction to become bestsellers.

“Every four years, Presidential politics make fiction very difficult,” said Keith Kahla, an executive editor at St. Martin’s Press. “There’s not a lot of air for it. The 2016 election was just an extreme example of that, and it went on a lot longer after the election than we’ve ever seen before.”

Still, there are signs in early 2018 that the fog is finally lifting. Already, there have been a number of first-timers on the list. The Woman in the Window, by A.J. Finn, is perhaps the foremost example. But there has also been The Wife Between Us, by Greer Hendricks and Sarah Pekkanen; The Immortalists, by Chloe Benjamin; Need to Know, by Karen Cleveland; and The Power, by Naomi Alderman.

Only that last title—whose premise is that women have developed the power to electrocute people at will (which surely would have made the 2016 election a lot more interesting)—could be said to be riding the Trump (or anti-Trump) wave. The rest are almost consciously eschewing the news.

“It seems like if a book gets it just right—from the pitch, to the cover, to the marketing—it can take advantage of the moment,” said Mark Tavani, executive editor at Putnam Books. “But I think we’re also seeing books that suffer from being a little too on-the-nose, because it’s Friday night, I’m going on vacation, I only get one book to read on the plane and it’s not going to be that one. A lot of books are selling because they’re just not going there at all. They’re domestic suspense or they’re nostalgic or they’re escapist in some way. They’re taking advantage of the fact that people just want to get away from it all.”

Whether you love Trump or loathe him—and most in the business clearly fall in the latter category—the jaw-dropping nature of the news is loading writers’ toolboxes with possibility.

Yet while readers who are looking to flee the tumult can find comfort in fiction, the people who produce those pages on a daily basis aren’t quite as lucky. That may be the real lasting impact of the Trump Presidency and its attendant madness: the ways in which it is changing authors’ storytelling choices.

Every writer I talked to about this topic could point to at least one example from their own work. Julia Dahl, the Shamus Award-winning author of a series featuring reporter Rebekah Roberts, is mid-way through a manuscript in which a sexual assault victim goes missing. It’s set in the spring of 2016—pre-#MeToo—yet she’s found herself tapping into the reinvigorated national discussion about gender dynamics.

“One of the things I’m playing with in the book is the sense of male entitlement, especially for young male characters who are still trying to figure out what’s right and wrong,” Dahl said. “Because, really, when the President of the United States brags about grabbing women, and he not only doesn’t get punished, he gets rewarded for it, what message does that send to young men?”

Carla Buckley, who writes domestic thrillers, took #MeToo in a different direction. While she thinks of herself as a feminist and has always written female protagonists—specializing in ordinary suburban moms who are thrust into terrifying circumstances—she told me had avoided issues of female empowerment in her novels, mostly because she thought no one would care.

“For the first time I’m feeling women’s voices are being heard in a new way,” Buckley said, “It’s making me braver. Topics that once would have been taboo—or topics that I felt like I couldn’t have explored because no one would want to read about it—are opening themselves up to me.”

But, of course, women aren’t the only characters who are feeling more empowered these days. Sometimes, it’s bad guys, too. Alex Grecian, whose first five novels were set in Victorian England—not exactly a milieu where he had to worry about what the President was blasting out on Twitter—told me about some changes he had to make to his sixth novel, which is due out in April 17. Titled The Saints of Wolves and Butchers, it chronicles an escaped Nazi who settles in Kansas and the state trooper who hunts him.

“My first draft was done before Trump was a serious, viable candidate,” Grecian said. “I had a group of white supremacists who were congregating around a Nazi, and the Nazi was a bad guy, but the white supremacists were just kind of stupid and foolish. They didn’t really have a lot of agency in the novel.”

Then, toward the end of his editing process, Charlottesville happened, and Grecian found himself reappraising his white supremacists.

“I couldn’t just make fun of them anymore,” Grecian said. “I had to go back and give them some teeth.”

White supremacists with teeth. Welcome to crime in the time of Trump.

International bestselling author Brad Parks is the only writer to have won the Shamus, Nero, and Lefty Awards, three of crime fiction’s most prestigious prizes. His tenth novel, Interference, just released from Thomas & Mercer. For more visit www.BradParksBooks.com.
http://www.BradParksBooks.com 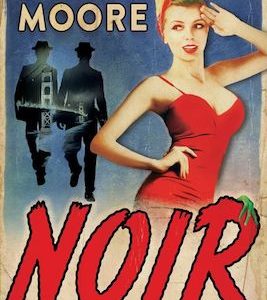 “Dog pizza,” said Sal, first thing when I walked in. He was wearing a black apron, a bow tie, and a white shirt with...
© LitHub
Back to top