Most of us eat three times a day, even killers. And could any mystery lover ever forget Hannibal Lecter’s planned meal on the liver of an old acquaintance?

But cops and private eyes must eat, too. And how revealing of character and background these meals can be, from the amiable family lunches eaten on their Venetian balcony by Commissario Brunetti and his wife and children, to the lonely lamb chops and baked potato that Sam Spade enjoys at John’s Grill in The Maltese Falcon.

We learned from Sherlock Holmes how profoundly a good detective must rely on the senses: on smell, for that elusive whiff of perfume in the locked room; on touch, for the consistency of the clay and grit on the victim’s shoe; on sight, for spotting the faded anchor tattoo that identifies the former sailor; on sound, to hear the dog that did not bark in the night; and on taste, to know the difference between a drug kills and one that calms. And each one of those senses is enhanced by good food, even the hearing, to detect that faint sound of trumpets that should accompany a feast of foie gras.

‘Sherlock Holmes played the violin. I cook,’ asserts Pepe Carvalho, the Catalan detective created by Montalbano, to the horror of all true fans of the greatest detective of them all.

How can he have forgotten Sherlock’s devotion to the classic English breakfasts of eggs and bacon, kedgeree and on one occasion chicken curry, all served by his housekeeper, Mrs Hudson? And which of us would not have relished the invitation Holmes made to Athelney Jones of Scotland Yard to an impromptu dinner at 221b Baker street?

‘It will be ready in half an hour,’ Holmes proposes in The Sign of Four. ‘I have oysters and a brace of grouse, with something a little choice in white wines.’

And then there is that take-out dinner of “a couple of brace of cold woodcock, a pheasant, a pâté de foie gras pie with a group of ancient and cobwebby bottles,” which Holmes has delivered to Dr Watson in The Adventure of the Noble Bachelor.

But any food lover must forgive Cavalho for under-estimating Holmes’s interest in food, if only for the magnificent fish soup (caldeirada) in which Cavalho takes such pride. We can almost taste the result as we read: ‘He cleaned the fish and peeled the prawns. He boiled the fish bones and red shells together with an onion, a tomato, some garlic, a red pepper, a celery rib and a bit of leek. Fish stock was essential to make Pepe Carvalho’s special caldeirada.’

One of the nicest things ever written about me came from an English reviewer who write admiringly that my ‘Bruno’ novels contained ‘lashings of gastroporn,’ a combination of ideas that was as arresting as it was appealing. My hero, a French policeman who likes to hunt and loves to cook, likes to produce traditional food of his region, whose black truffles and foie gras make the Périgord the gastronomic heartland of France. As the monarch Henri IV observed, ‘Fine wines and great cooking; this is paradise on earth.’ He should know, as the only French king who gave his name to a dish—Poulet Henri IV.

In my novels, my characters have served up a blanquette of milk-fed veal; a navarin of lamb; a risotto of scallops; a roast goose stuffed with prunes and foie gras; crayfish cooked in wine and served on a bed of fresh vegetables; aiguilettes of duck cooked in mustard seeds and honey; kidneys in dry white wine and a real Périgord cassoulet, (This is so much better than the better-known Toulouse version, since it must contain a stuffed neck of duck and beans cooked in strips of roasted pork skin).

So I take a particular pleasure in the food of my favorite detectives and the way meals can be used to advance the plot and to define characters. In Une confidence de Maigret, Georges Simenon opens the umpteenth tale of his French detective at one of the regular dinner parties given by Maigret’s friend Doctor Pardon. For the fourth time in a row, Maigret and his wife are served with a gâteau de riz, a cake of rice sweetened with caramelized sugar that reminds Maigret of his childhood.

‘And it underlined the character of these evenings, at once gentle, restful and a little dull,’ Simenon tells us, before interrupting this placid dinner with the shock of a caller who demands the doctor’s instant presence…and the story unfolds.

The novel ends with Dr Pardon and his wife dining at the Maigrets’ home and being served with Madame Maigret’s coq au vin in which Madame Pardon remarks contentedly on “a hardly perceptible after-taste which gives the dish its charm but which I cannot identify.”

“A glass of cognac or armagnac, whatever I have to hand,’ Madame Maigret replies, as if to suggest that she has made no special effort in the kitchen.

“I like to use a little eau de vie from Alsace made from plums,’ comments Madame Pardon, in an exchange which encapsulates the games of discreet one-upmanship the two women play.

Food has been essential to many plots, with poison featuring frequently in the books of Agatha Christie who had trained as a chemist and who knows her food well enough to use the strong taste of bitter chocolate to disguise it in A Murder is Announced. Dorothy L. Sayers’s bluestocking but appealing heroine, Harriet Vane, goes on trial for murder, accused of poisoning the sweet omelette she prepared in the 1930 novel Strong Poison.

But Sayers’s real love was her immortal creation, Lord Peter Wimsey, who was a great fan of the traditional English breakfast. But when dining out he preferred huitres Musgrave (oysters fried in their shells with matchstick-shaped pieces of bacon), turtle soup, fillet of sole and roast pheasant. When dining alone at home, his manservant Bunter whips him up an omelette followed by a simple savoury of devils on horseback, (prunes wrapped in bacon).

The detectives I feel sorry for are those who, like Ian Rankin’s Rebus or Sue Grafton’s Kinsey Milhone, seem to live on meat pies and fast food, or even more like Chandler’s Philip Marlowe, who relished good food but (except when making his own breakfasts) seldom got it.

I’m haunted by the disappointing dinner at the famous Rudy’s B-B-Q which Marlowe describes in The Long Goodbye.

I’m haunted by the disappointing dinner at the famous Rudy’s B-B-Q which Marlowe describes in The Long Goodbye: “I had one of Rudy’s ‘world famous’ Salisbury steaks which is hamburger on a slab of burnt wood, ringed with browned-over mashed potato, supported by fried onion rings and one of those mixed-up salads which men will eat with complete docility in restaurants, although they would probably start yelling if their wives tried to feed them one at home.”

How I wish I could invite Marlowe to the Périgord, where Bruno could offer him some home-made foie gras of goose with a confit of red onion, followed by shoulder of wild boar, roasted in garlic and basted with the sweet white wine of our local Monbazillac. I’d serve it with a bottle of the majestic Pécharmant wine that you only find in the Périgord, a Chateau de Tiregand 2011.

Martin Walker’s Bruno novels led to the publication of Bruno’s Cookbook, which won the Gourmand International prize as ‘world’s best French cookbook’ of 2016. He was last month presented with the French government’s gold medal for his services to tourism. His latest Bruno novel is A Taste For Vengeance. 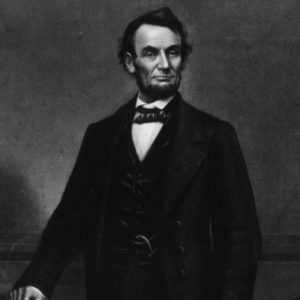 In the following passage, Dan Abrams and David Fisher describe the charges and the jury selection process for the last murder...
© LitHub
Back to top