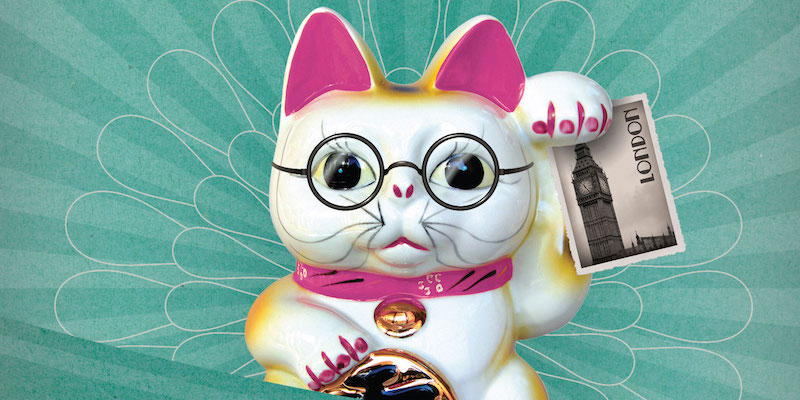 On the Unlikely Home of Very Gentle Crime Fiction

Given the sultry temperatures that envelop Singapore pretty much all year round you might not expect the city’s crime fiction to be dissimilar to other Southeast Asian noir, the strength-sapping humidity leaving everyone wrung out and tense. While that is mostly what you get in crime writing from Bangkok and Phnom Penh, for example, Singapore, the city state William Gibson famously dubbed “Disneyland with the Death Penalty,” also, perhaps surprisingly, specializes in quirky, mildly amusing, sometimes bizarre cozies—masses of sunshine, food, friendly fat aunts and crimes that make a Miss Marple story look like an episode of The Wire. So here’s a spoiler—if you like your crime fiction hardboiled and noir-ish read the next two paragraphs and then skip to another article.

Jake Needham is a popular regional crime writer. Though perhaps he is best associated with Bangkok, Needham’s Inspector Samuel Tay novels are Singapore-based and fast-moving thrillers. The Ambassador’s Wife (2011) has murders that could be terrorist-related; The Umbrella Man (2013) opens explosively with bombs placed at several Singapore hotels; The Dead American (2014) deals with murdered ex-pats; and The Girl in the Window (2016) takes on the threat from Islamic extremism in Singapore. Tay is an unusual character for Singapore crime fiction—an action man, a fighter, but overweight, cranky and smoking too much. Needham’s Singapore in the Samuel Tay series is a city that is at one and the same time geopolitically well situated to become rich yet also potentially a haven for just about every bad guy in the region.

The 2010 collection of short stories Crime Scene: Singapore (edited by Richard Lord) is pretty much all the hardboiled crime fiction you’ll find between Johor and Sentosa gathered together in one place. There are contributions from leading regional crime writers, including the prolific Stephen Leather (a self-publishing phenomenon) whose many novels jump around Southeast Asian locations. Contributions from local writing talent, not usually associated with crime but having fun with the genre anyway, include Alaric Leong, Pranav Joshi, literary scene maven Chris Mooney-Singh, Ng Yi-sheng, and Dawn Farnham, whose Straits Quartet of historical novels of 19th-century Singapore (written between 2007 and 2013) are not strictly crime novels but still contain plenty of opium, murder, incest, suicide and crimes of passion.

Still, it has to be said that most crime writing coming out of Singapore in the last couple of decades has fallen into the cozy category. But that doesn’t mean it isn’t well written, entertaining or that it hasn’t found large and loyal audiences both in Singapore and abroad. Shamini Flint was born just up the road in Kuala Lumpur, Malaysia but lives in Singapore. Her various children’s books were so successful she was able to ditch her job as a corporate lawyer and concentrate on writing full-time. In 2009 she launched the Inspector Singh Investigates series with the first book A Most Peculiar Malaysian Murder. Since then the rotund, Sikh, Singaporean detective has had seven outings taking him to China, India and Cambodia. His third investigation was The Singapore School of Villany (2010) where a leading Singapore lawyer is murdered and the suspects include his partners, wife and ex-wife. The Inspector sweats, wheezes, navigates the religious and racial divides of Singapore, infuriates his bosses, but (just when they want to get rid of him) always solves the case.

Rivalling Inspector Singh in the cozy detection stakes is CF Wong, a feng shui master, interior designer, member of the Union of Industrial Mystics and resident of Singapore. The five Feng Shui Detective novels are from the pen of the prolific Hong Kong-based journalist, author and general mischief-maker across the Asian literary scene Nury Vittachi. The comedy-crime series started in 2000 with CF Wong finding a partner in a young Australian, Joyce McQuinni. The books are a little bit Sherlockian, a touch Asian philosophy, a little bit about feng shui and rather a lot about cultural confusion. Like Inspector Singh, CF Wong gets around with cases in Australia, Thailand, Manila, Shanghai and London (where the Queen demands Buckingham Palace finally be feng shui-ed!).

Now Yu has launched a charming new series set in 1930s Singapore and featuring teenage amateur sleuth SuLin. In The Frangipani Tree Mystery (2017) we’re back in the days when Singapore was a British colony and somebody is bumping off colonial officials. SuLin, an aspiring journalist trying to escape an arranged marriage, works to solve the murders in partnership with British Chief Inspector Thomas LeFroy.

Colonial Singapore remains a honeypot for many crime writers. William L. Gibson (not the sci-fi writer quoted above), a university lecturer in Indonesia, mines this reserve for his Detective Hawksworth trilogy—Singapore Black (2014), Singapore Yellow (2016) and Singapore Red (2017). The trilogy starts in 1890s turn-of-the-century Singapore with a dead American in one of the city’s canals. Detective Inspector Hawksworth investigates against the backdrop of a city about to explode into revolt. Gibson’s novels are a great way to explore the historical city and nearby Malaysia from Singapore’s teeming Chinatown to the ancient city of Malacca.

In many ways Singapore is a very relaxed city. It works well—the subway is efficient; the airport spotless—the much vaunted “Switzerland of Asia.” Yet Singapore’s government doesn’t take criticism well and it likes to portray the island city-state as crime free, social conflict free and stress free. And so… Singapore mysteries tend be very Singaporean in a way the authorities like—the city’s foods, ethnic groups, markets and housing estates all make regular appearances. There are rarely nasty serial killers or horrifically violent criminals; it’s all mostly super-cozy. Yet the criminals invariably do get caught and get their comeuppance. Perhaps another spin on Gibson’s “Disneyland with the Death Penalty.”

Yet a later crop of crime writers, both local Singaporeans and others who have moved to the very international city, are perhaps more willing to write novels at odds with Singapore’s social compact. Neil Humphreys is a Brit who pitched up in Singapore in 1996 planning to stay three months and, twenty-one years later is still there. He made his name in Singapore with a series of humorous books looking at life in the city—he lived in a local housing estate and ate at local kopitam open-air restaurants in the Toa Payoh satellite town. He mocks himself, his fellow ex-pats and some of the stranger social customs he has encountered in Singapore to great popularity. Now he’s turned to crime.

Humphreys’s new Detective Inspector Stanley Low series is satirical but is also, at times, distinctly darker than most Singapore crime novels. The first in the series—Marina Bay Sins (2015), deals with a murder at an upscale hotel. However, the novel is also about revealing the hypocrisy that lies (not that far) beneath the government-approved, sanitized surface of Singapore the tourists normally only get to see. The second book in the series, Rich Kill Poor Kill (2016) takes on another major issue behind the glitzy shopping malls of Orchard Road, the vast income disparities in Singapore and the use, and often abuse, of foreign domestic workers.

Lastly let’s give a mention to Hwee Hwee Tan. In many ways Tan is emblematic of the globalized Singaporean of the 21st century—born in the city, educated in England and America, she became a celebrated short story writer in her early twenties. But Tan is also perhaps the embodiment of the truism that you can take the writer out of Singapore, but you can’t take Singapore out of the writer. Tan’s Foreign Bodies (2000) was written when she was in her mid-twenties. It’s been described as a Singaporean Gen-X novel and it does encompass so much of life in the city at the turn of the last century—Mei, a twenty-something lawyer finds out her English boyfriend is in trouble with a syndicate illegally betting on the English Premier (soccer) League. Mei is forced to take on Singapore’s protectionist and at times draconian legal system to prove his innocence. It’s a legal thriller, but, like so many Singapore crime novels, it’s also about being Singaporean, balancing Singaporean values with life in a modern internationalized city and accommodating those two extremes. 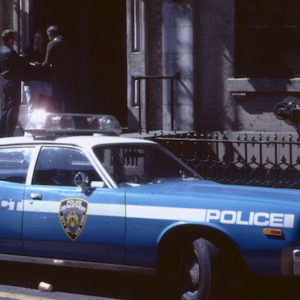 It used to be there was a bubble over parts of New York, an illusion of peace and prosperity that seemed to hang over the Upper...
© LitHub
Back to top