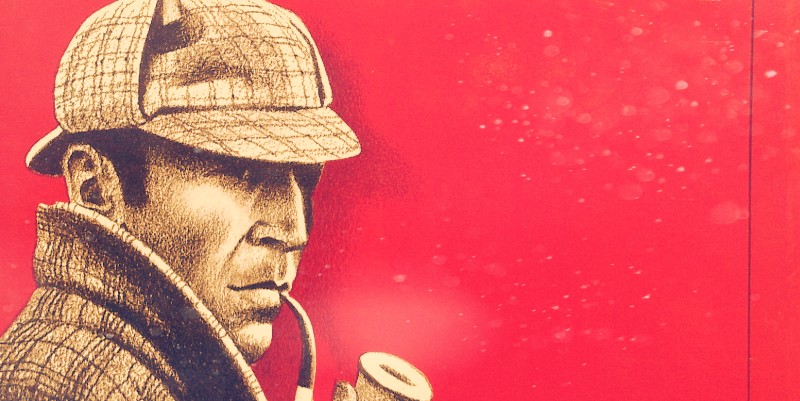 Crime in the Time of Corona: How Genre Fiction Leads Us Through the Darkness

In times of crisis, we turn to mystery.

Yet the detective story has kept its hold; had even, in the two decades between the great wars, become more popular than ever before; and there is, I believe, a deep reason for this. The world during those years was ridden by an all-pervasive feeling of guilt and by a fear of impending disaster which it seemed hopeless to try to avert…

You’re going through a divorce. Your loved one is ill. Your house suffered flood damage. Your dog ate your dress loafer. You are upset, overwhelmed, possibly even in the depths of despair. And what do you do to make yourself feel better?

You pick up a crime novel.

Why? an acquaintance with different tastes might wonder. You might even ask yourself the same question. Why if I’m suffering would I want to read about more suffering? Why if I’m anxious would I read something tense? And if I’m frightened, why would I delve into the minds of terrified people for comfort? Is it insane of me to pick up a crime novel right now?

In 2017, Nielsen Bookscan reported that crime fiction was for the first time outselling general-literary fiction. As in, simply put…fiction fiction. A single genre had surpassed its entire parent category in dividends. Beemgee estimates that in the western world, 25%-40% of all book sales land in the crime basket depending on region. In 2015, according to Statista, nearly half (47%) of readers copped to having picked up a crime novel in the past year. Not only are you not alone, you’re a member of a vast community composed of every gender, color, and creed, gobbling up nefarious goings-on as if they’re part of a nutritionally balanced breakfast. The motives for this are powerful and based in multiple human urges, none of which need be shameful or even mystifying.

The most self-evident is as follows: it’s comforting to fall into someone else’s story when trapped inside your own. If the wheel of your brain is still spinning, but the hamster has passed out cold and can’t get off because his leg is stuck in the spokes, it’s natural to seek escape from a lousy narrative. And crime fiction is singularly able to hold our attention. High quality mysteries don’t merely guarantee a plot that clickety-clacks right along rather than a navel-gazing arc in which a tubercular bank clerk spends 400 pages debating whether to marry for love or money and then dies before popping the question. Sure, plot is a given, but we’re given so much more. Often, the setting lives and breathes. The dialogue crackles. The characters are vivid. Not only are they vivid, they’re at a crossroads, they’re fighting for something, and nothing draws us in like mingled passion and plot. Some folks might find it soothing to read laundry detergent ingredients, and there’s nothing wrong with that. But I’d rather go back to Louis Bayard’s first novel Mr. Timothy and read about how Timothy Cratchitt of A Christmas Carol scratched and clawed and succeeded.

Directly connected and equally self-evident: when at our most vulnerable, isn’t it marvelous to know that others have bled and survived, even if they’re imaginary? Alma Rosales, the brawling, cross-dressing, pansexual Pinkerton heroine of Katrina Carrasco’s The Best Bad Things gets the living daylights beat out of her often enough to suggest she likes it (she likes it at least a wee bit). But she thrives nevertheless, and we get to thrive with her as we navigate her pages.  One of the wisest things ever said to me was that if there is such a thing as vicarious suffering—and there absolutely is, for everyone except your friendly neighborhood sociopath—then vicarious resilience exists too. Vicarious resilience is a grand and a glorious thing; for the price of a hardcover, e-book, used paperback, audiobook, whatever your fancy, you can follow the career of a detective or police officer or lawyer or grandmotherly cottage dweller as they follow scarlet skeins to inevitable conclusions.

Speaking of conclusions, however dark those big reveals might be, they have a definite stopping point. When navigating crises, we can’t identify when or how they will end until they do. Not so with crime fiction. You’re 235 pages from the end. Now you’re 67 pages from the end. The last page is the last page, and matters will resolve whether you like the resolutions or not. It’s very difficult to follow the classic Winston Churchill admonishment “if you’re going through hell, keep going” if you don’t know whether hell will last another 500 miles or 500 years and you’re alternating between shoveling salted caramel ice cream in your face and breathing into a paper bag. But when Malla Nunn lands you at the end of her gripping South African historical mystery A Beautiful Place to Die, those three acts are over and the curtain is rung down. Is Detective Emmanuel Cooper’s imaginary life over? Of course not, because there are three more books in the series, no more than your life is over once you’ve paid off your car loan or healed up from that unfortunate incident trying to make French onion soup from scratch. The challenge in question, however, is literally a closed book. How wonderful it would be if we knew how many pages we were from the end of whatever’s ailing us.

But we can’t flip to the final pages no matter how much we might want to, and worse, life takes meandering routes.  There’s seldom a steady arc to it and never a road map. It’s full of doldrums and coincidences, repetition and shock.  Good crime fiction not only doesn’t wander, it isn’t allowed. A clue is a clue even if it’s a red herring, because a red herring is inserted with deliberate craftiness by a moustache-twirling mystery author cackling madly over an unfinished adventure. Every scene is meant to build upon its predecessor and launch us into the next. Natasha Pulley’s phenomenally crafted Victorian magic realism mystery series including The Watchmaker of Filigree Street and most recently The Lost Future of Pepperharrow contain more inexplicable twists than a baroque updo, but they all mean something to Thaniel Steepleton and and Keita Mori, and they’re all necessary pieces of the puzzle. It’s much less comfortable to fumble around in a labyrinth blindfolded the way we all must, never certain of what decision will end up making any difference.

And isn’t that what we want, at the end of the day? To make a difference for the better, both in our own lives and in others’? Crime fiction accomplishes this more pointedly than any other genre. It’s unabashed in saying you’re here for a story about a wrong righted, or maybe a wrong avenged, or sometimes what looked like a wrong actually being justice, or at the very least a conundrum unraveled. When Sherlock Holmes flits through his mysteries like a giant sable-clad stork, Dr. Watson at his heels, we don’t count on him to win all the time, nor do we expect every ending to be a happy one. But balance is inevitably restored to some degree. A vile blackmailer is murdered, an innocent man’s name is cleared, an adventuress escapes unscathed. No tragedy is meaningless. You learn exactly why things happened the way they did, bathing blissfully in the scented bubbles of direct cause and effect. The thrillers and mysteries you read are realistic in the sense that the damage can’t be reversed; but harm can be resolved, and thereafter recovered from. What balance is there in the contraction of a random illness, or in your fitted sheet shrinking in the dryer, or in tripping over your cat? Crime fiction takes the scales of justice and deliberately taps dances on one side or the other, even if the ending is a bleak one.

Finally, we read crime fiction to survive. I’m deadly serious: storytelling itself is an evolutionary tactic developed alongside language as a warning system. Don’t touch colorful snakes, don’t pet the mammoth, don’t trust your fellow humans implicitly. There are many moments of horror in Elizabeth Macneal’s debut historical thriller sensation The Doll Factory, in which a dollmaker turned artistic muse is stalked relentlessly by a sinister taxidermist. But experiencing terrors from a distance enables you to try them on for size, see how they fit, wonder what you would have done yourself in that situation. Fictional trials are practice. They are warning flares. They are training wheels. And if storytelling evolved to help us navigate a harsh world, then when we’re afraid—of the dark, of poverty, of spiders, of ourselves—we need more than ever to go back to the instruction manual. Look at the template, sound out the words, this it what happened and then this is how it turned out in the end.

Crime fiction is not the 24-hour news cycle blasting ad nauseum from the television; it’s fiction and as such, might seem unimportant to some. But if you find yourself reaching for more than your usual allotment of Christie or Chandler or French or Flynn right now, then remember you have superlative reasons for doing so. And that in doing so, you are far from alone. 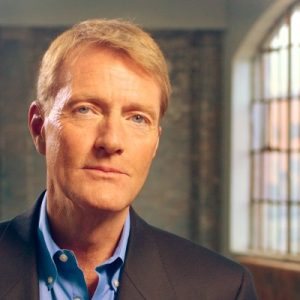 About five years before he wrote his first novel, Killing Floor, Lee Child, whose real name is Jim Grant, began to think...
© LitHub
Back to top