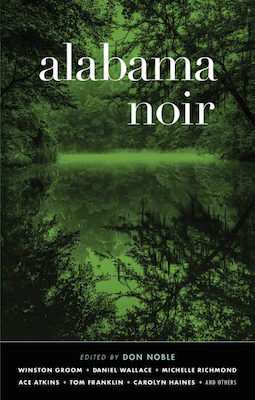 The following is an exclusive excerpt from "Her Job," a story by Tom Franklin, which is included in the new anthology from Akashic Books, Alabama Noir, edited by Don Noble.

Three months to the day—it was past time, she told herself—she drove to her son’s house to pack his things, get the place ready to sell. She hadn’t been back since cleaning up the mess in the bathroom, where he’d done it and given her five hours of hard work, so much bleach it burned her eyes and, perhaps permanently, irritated her throat. She’d avoided going inside the house since and left it locked, driving out here once or twice a week to make sure no one was vandalizing it, paying a black boy to cut the grass and collect the mail.

Now she stood at the door, finding the key among other keys and fitting it in.

Inside it smelled. She’d emptied the garbage before leaving three months ago so it wasn’t that; the fridge was empty too, and the deep freeze. She walked by the cellar door and stopped. That’s where it was coming from, something sour, a dead rat maybe. She’d never been down there, in all these years, just in the living room where they’d sit, her chattering and him grunting when he had to.

The cellar door was padlocked. Her last time here the slow-lidded deputy hadn’t even bothered to go down there he was so ready to get out. She’d tried the keys then and none had fit and none fit now either. It was why she’d brought a crowbar.

She went to the recliner where she’d left it by her purse and was sweating by the time she pried the hinge off.

The door swung in and she stepped back, the stench so awful she covered her mouth and nose. She was suddenly frightened, thinking how secluded this house was, the nearest neighbor a quarter-mile away. Her son used to say that was the one thing he liked about Clarke County being so isolated. He said he could be himself and not give a bleep what anybody else thought. She hadn’t wasted much time worrying about what he meant by being himself. Who else could he be? The truth was she had no idea why he’d done what he did in the bathroom. He’d always been a private boy, guarded, gone at seventeen, she never learned where. And he’d been back, here, in this house, a year before she even found out. Gone for a whole year and then back for another whole year, with no word! Worse, she’d heard about his return from Lamar Jones, of all people. How delighted Lamar had been to tell her, how everyone knew about the son before the mother, their dirty laundry flapping for the world. She’d come over that day all those years ago and knocked and then pounded, and her son had pretended not to be home. She’d known he was, though. She’d felt him.

She felt him here too, now, as she descended the stairs, tracing her fingers along a rail silky with spiderweb and dust, the crowbar heavy in her other hand.

At the bottom it was cooler, the smell worse, the concrete floor so cold she could feel it through her shoes. She stood among vague shadows, a washing machine maybe, or a giant sink, and swept her hand in the air until she touched a string.

When she pulled it and the light flickered on, everything became clear, everything, and she knew that she’d always known.

The crowbar clanged by her feet.

It had been him, her son, him all along.

It had been him, her son, him all along. That missing girl, from Thomasville, from such a good family . . .

She backed up the stairs pulling at her fingers and at the top began to scream.

But nobody heard, not out here, this far out, not in Clarke County, and soon her voice was gone and her throat sore and she went into the bathroom, panting, thinking she might vomit.

But she didn’t. Instead she remembered her last visit, a few days before he did what he did, and she wondered now if the girl had been in the cellar then, if she’d heard them talking, above, through the ceiling, did the girl wonder at the mother’s high, empty chitchat? That’s your problem, her son would say. Who cares what she thinks? Sitting in that recliner of his, he would’ve reminded her of, say, the time that lady at the church said he stole from the collection money and she, his mother, believed the lady over her own son. He would remind her how, later, another boy confessed. One thing nobody told you about being a mother is that they grow up and remember all your mistakes.

Maybe she would throw up after all. At least the bathroom was clean. When she was done she would rise from her knees and go outside to her car and come back in with her bleach and her brushes and get to work.

Another thing nobody told you about being a mother: you never really stop.

Crime in the Time of Corona: How Genre Fiction Leads Us Through the Darkness

Counting Down the Greatest Crime Films of All-Time: # 22 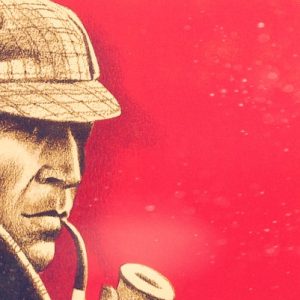 Crime in the Time of Corona: How Genre Fiction Leads Us Through the Darkness Yet the detective story has kept its hold; had even, in the two decades between the great wars, become more popular than...
© LitHub
Back to top