The Elusive Crime Novels of Prague

Crime and the City visits the land of Kafka and asks why more Czech mysteries aren't translated into English.

One British publisher who buys and translates crime novels from all over the world recently commented to me that the Czech Republic (and the former Czechoslovakia) was a bit of a black hole in European crime fiction in English. If you think about it this is a strange state of affairs—Prague, a city of 1.3 million people receives nearly ten million tourists a year, a number that’s growing by nearly ten per cent per annum. Prague’s old town fairly groans under the weight of visitors—a perfect storm of the Czech Republic joining the EU, weekend breaks on low cost carriers, lots of airbnb and a long time favorite for Stag parties. And just about everyone comes back with a good report. So you think we’d have more Czech writing in English translation, and more Prague-set crime novels to read, but we don’t. Anyway, here’s what we do have….

And we do have Pavel Kohout’s The Widow Killer (1998) set in World War Two and featuring a Czech detective who is forced to partner with a Gestapo agent in Nazi-occupied Prague to catch a serial killer. It’s the final days of the war—the Czech is new to being a detective; the Nazi is questioning his own ideological beliefs. Kohout’s novel is about ethical choices and moral dilemmas. Not surprising perhaps given that Kohout was a member of the Communist Party who became a dissident in the 1970s and lived in Austria. Many of his other novels deal with the corrosive effect of the Communist regime—informers, arbiter death penalty decisions, and the blandness of life in the old Eastern Bloc.

Milos Urban is popular in the Czech Republic and known for his high body counts. His only novel in English is The Seven Churches (2011), a gothic murder-mystery set in contemporary Prague with a serial killer targeting victims in the city’s old churches. The novel’s narrator, a policeman known simply as K (shades of Prague’s Franz Kafka), pursues Gothic characters who appear to be trying to reconstruct the medieval “golden age” of Prague.

Detective novels were popular in the old communist Czechoslovakia. Translations of classic crime novels had print runs of anywhere between 10,000 and 100,000 copies. But only a tiny amount of early Czech crime writing is in English translation and pioneers of the genre in Prague, like Emil Vachek (who started writing crime in the 1930s), not at all. Later writers from the 1970s and 1980s such as Pavel Frýbort, Eva Kačírková and Inna Rottová are not translated. Neither are current favorites such as Michal Viewegh, who has written novels about Prague’s local mafia, or Markéta Pilátová, who Czech acquaintances tantalizingly tell me writes spy stories reminiscent of Graham Greene. The list could go on and on sadly. I realize I am offering enticing goods non-Czech readers cannot access (though many are available in German), but I am keen to make the point that much good stuff is out there awaiting translation.

A few novels from non-Czech authors where Prague gets a look-in:

And finally, an obvious book when writing about Prague, but maybe not a book you might think would pop up in a Crime and the City column. Prague’s leading literary son, Franz Kafka and The Trial (written in 1915, published posthumously in 1925). But it is a crime book—just one where we never quite get to know what the accused, Joseph K, has done to be arrested by two unidentified agents from an unspecified agency for an unspecified crime. The court meets in the attic where he realizes the absurdity of the trial and the emptiness of the accusation. What does it all mean? Well, among other readings is the idea that The Trial (along with his 1926 novel The Castle) partly reflects the bureaucracy of Prague in the final days of the Old Austro-Hungarian Empire and the dawn of the new state of Czechoslovakia.

Unlike Kafka, who must be published in just about every language imaginable, Prague crime writing and Czech literature in general is seriously under-translated. We deserve more of it. Pavel Mandys, who was the editor of Prague Noir in 2018, part of the eponymous Akashic Noir series, has listed a host of current good Czech crime writers—Martin Goffa, Stepan Kopriva, BM Horska, Nela Rywikova, Jiri Brezina and others. All are writing now; all are read in Czech, all are unavailable in English. They all sound fantastic—Goffa is an ex Prague cop who writes hardboiled noir, Kopriva does fast action novels, Horska has been likened to a Czech PD James or Ruth Rendell, Rywikova’s novels have a strong social element while Brezina has been compared to Jo Nesbo. In short—we need more Czech writing translated. 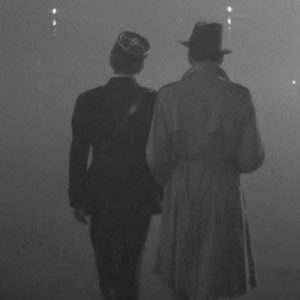 I’d describe myself as a peace, love and “let it flow” sort of person. I’m an artist, and one with a healthy rebellious...
© LitHub
Back to top