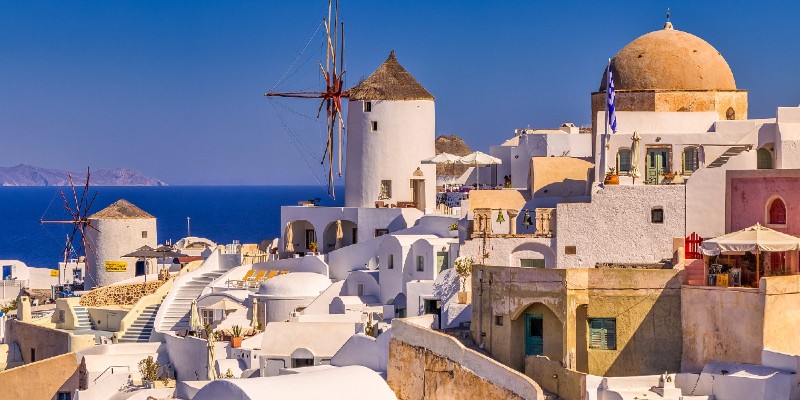 Crime and the City goes island-hopping in search of mystery.

This summer is going to be tough. Travel is totally out, or at least highly restricted. And so many of us will be able only to reminisce or dream of the Greek Islands. So for this column Crime and the City is going full service—we’re travelling to the Greek Islands through crime literature and throwing in some ideas for hors d’oeuvres and a decent tipple to accompany the good food and good reading.

There are over 160 islands in total but not all are inhabited and many are very small. You know the main ones—Crete, Lesbos, Rhodes, Corfu, Kos, Kefalonia. My apologies if I missed out your favourite. Unfortunately, as the humble writer of a crime novels column I can’t do much about those annoying international travel restrictions, but if you want to find a warm spot wherever you are, order in some dolmades, tzatziki and Taramasalata, open a decent bottle of wine (for this column I might suggest pairing with a nice dry Limniona red, or a Peloponnese Moschofilero if you prefer a crisp white) and maybe keeping a shot of ouzo ready for the denouement to your chosen book.

Let’s start with the Queen of Crime. Agatha Christie first visited Greece, just Athens initially, in 1930 with her then fiancé, the archaeologist Max Mallowan. Naturally, as two fans of ancient civilisations and archaeology the couple loved the country. Christie was particularly fascinated by Delphi and the Oracle. They soon returned again on their honeymoon. And then in 1937 Christie published her short story collection, Murder in the Mews, all featuring Hercule Poirot. The final story in the collection is Triangle at Rhodes where Poirot tries to take a well-deserved vacation on the island during the low season. Of course, he stays at a hotel with a cast of decidedly dodgy holidaying Brits, one of whom drops dead at cocktail hour. Poirot is back on the chase, but at least with the beautiful Rhodes scenery and some decent weather to fortify him.

Patricia Highsmith was a fan of Greece too and came to know the country well. She first came to Athens in December of 1959, celebrating the New Year in Nafplio in the Peloponnese. She also visited the island of Crete. And it is to Athens and then Crete that Highsmith has her characters go in The Two Faces of January (1964) with conman Chester, and his wife Colette, McFarland travelling through Greece. McFarland accidentally kills a Greek policeman. A young American law graduate and poet Rydal Keener helps them cover up the crime and get false passports allowing them to flee to Crete. Any more is spoiler (and there’s a good movie adaptation too with Viggo Mortensen and Kirsten Dunst). The book was the UK Crime Writers Associations’s Best Crime Novel (foreign) for 1964 while the legendary crime reviewer Antony Boucher described it as, “an offbeat, provocative and absorbing suspense novel”.

Expats in trouble in the Greek Islands is a popular subject and done well in two novels—The Lizard and Beautiful Animals. The Lizard (2020) by Dugald Bruce-Lockhart follows obsessed boyfriend Alistair Haston who follows his girlfriend to Greece and gets himself mugged on the Aegean island of Paros. Now broke he falls in with Ricky a cool Aussie bumming round Europe, currently recruiting tourists to pose for, Heinrich, a German artist. It’s a hedonistic world of sex, booze, drugs and stifling daytime sunshine and cool nights until the murders start. Similarly, Lawrence Osborne recreates a louche, and in this case wealthy world, on Hydra—an island that is both home to many wealthy Europeans looking to escape the more touristy islands and has also been a cool sanctuary since the sixties when the likes of Richard Burton, Elizabeth Taylor, Sophia Loren, Mick Jagger and Jackie O chilled out there. In Beautiful Animals (2018) Samantha, a young, impressionable American, meets Naomi, a reckless Brit, who find a young Arab man washed up on shore, presumably one of the thousands of refugees crossing the Aegean. They just want to help, but it’s not as easy as that.

And finally, Anne Zouroudi is a British novelist who has lives in Greece. She is the author of the Greek Detective series featuring the rather overweight detective Hermes Diaktoros. The first book in the Greek Detective series, The Messenger of Athens (2007), opens with a battered body of a young woman discovered on a remote Greek island and Hermes Diaktoros is called to investigate. Diaktoros is back out in the islands again in book four in the series, The Lady of Sorrows (2010) investigating suspicious gypsies, fake virgins and dead icon painters. Then again in The Bull of Mithros (2012), Diaktoros heads to touristy Crete and a drowned stranger in the bay. Read the entire eight book Greek Detective series this summer and you’ve basically toured mainland Greece and a good few of its islands. 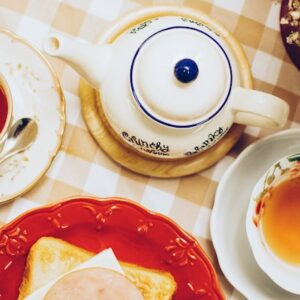 No one, with the possible exception of John Montagu, the 4th Earl of Sandwich, is so identified with a culinary tradition...
© LitHub
Back to top