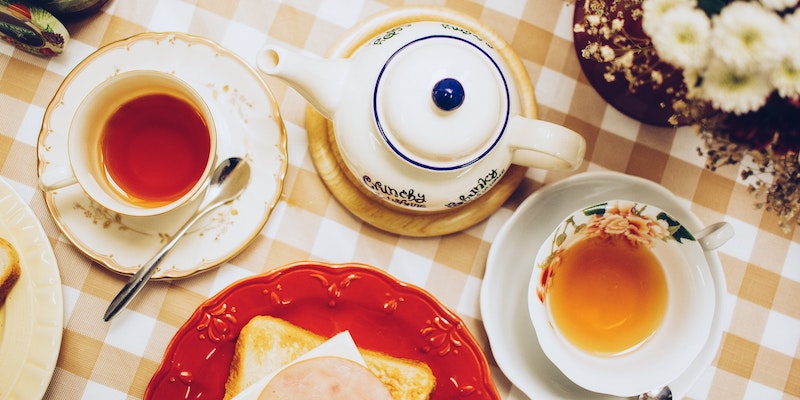 Wealthy drawing rooms, middle class parlors, working-class tea houses: on the many ways that the British take their tea.

No one, with the possible exception of John Montagu, the 4th Earl of Sandwich, is so identified with a culinary tradition as Anna, Duchess of Bedford.

In the year 1840, Anna, who was a friend and lady-in-waiting to Queen Victoria, felt a mite peckish late in the afternoon.  Her dinner, the main meal of the day, would usually have been served around eight o’clock, and she needed something to see her through.  I think we all can relate to that.

The hungry Anna instructed her butler to bring tea and some bread and butter, perhaps a slice of cake or pastry, to her around four o’clock.

Hardly an earth-shaking act, you would think. But it was.

Anna decided she enjoyed this so much, she began inviting friends to join her over this afternoon tea. The friends liked the idea, fashionable hostesses leapt on the bandwagon, and the concept spread rapidly through the upper classes of British society.  As well as a ‘snack’ afternoon tea provided an opportunity for women to meet their friends in the middle of the day for company and conversation, something previously lacking in the restricted lives of aristocratic women. So popular did ‘taking tea’ become, some wealthier women created separate rooms or spaces in their gardens specifically for that purpose.

The custom continued to spread and by the end of the 19th century, the middle classes were also enjoying a break for afternoon tea.

These middle-class women might not have been able to put a room onto their house, or space in their gardens, but they used teatime to show off none-the-less. Even the slightly prosperous working classes got into the act. In those homes, the tea set might have been the family’s most prized possession, proudly displayed for all to admire.  As well as a few cups and saucers the set might contain a tea tray and a wooden tea caddy.  Guests would be invited to partake of tea although the food would, of course, be much plainer than found at a wealthier gathering—maybe a fried egg or thin slices of ham served with bread and butter or dripping.  The family wouldn’t have had many cups though—extra guests were asked to bring their own.

No matter what accompanies it, and how grand (or not) the place is in which it’s served,  the center of afternoon tea, must be the tea. Otherwise, it’s nothing but sandwiches and desserts.

Today the British are the third-largest consumers of tea in the world, following Turkey and Ireland. Eighty-four percent of people in the UK drink tea every day. The yearly per capita consumption of tea is 4.28 pounds. Contrast that with the United States at .5 pounds, and Canada at 1.12 pounds.

We think of the British as a nation of tea drinkers, and they are, but it wasn’t always so. For a long time coffee reigned supreme, not just as a drink but as a center of business and political life for men of all income levels and classes who gathered in the coffeehouses. (Women were not allowed). The first coffeehouse was opened in England in 1652 and by 1739 there were over 550 coffeehouses in London alone.

But the reign of coffee was coming to an end as tea became increasingly popular, beginning in 1662 when the Portuguese princess Catherine of Braganza arrived in England to marry Charles II. A lover of tea, Catherine popularized it in her new country.  For a long time, however, tea was a luxury only the wealthy could afford due to the high taxes on the imported beverage.  Smuggling was rife and eventually the tax was slashed in 1783, destroying the smuggling trade and making tea an important part of everyday life.

So important that by the time of the industrial revolution, tea was just about all the poorest of the poor had to live on. A hunk of tough bread, a mug of tea, and a heck of a lot of sugar to provide some calories. Definitely not our idea of “afternoon tea.”

The male-only coffeehouse gave way to the tearoom, often owned and run by women. The early 20th century tearoom, respectable, nicely decorated, serving good tea and light meals of sandwiches and cakes, provided opportunities for many women. Opportunity not only to run a business and make an income, but as a place to meet with friends outside the home. Many tearooms provided a previously unavailable meeting space for women to talk politics and organize for suffrage. It has been said that the tearooms of England were indispensable for women’s liberation in the early 20th century.

Today, man or woman, you can enjoy a proper afternoon tea almost anywhere in the world, although not many people (if any, other than the queen) enjoy it daily in their own home. Afternoon tea has become an affordable luxury served in fine hotels or special tea rooms. Affordable for many, but definitely not cheap.

As Lily Roberts, owner of Tea by the Sea, put it in the first book in the series of that name, Tea and Treachery, when asked if she makes everything served in her tearoom herself.

“I do, and everything’s made completely from scratch. Nothing purchased and nothing out of a package. More than once, people have complained when they saw the prices. We never apologize. Good food, well prepared with excellent ingredients, much of it sourced locally, costs money. Not to mention fresh flowers on the table and real china and silver and linen at every place. Afternoon tea isn’t an everyday thing, not even in the UK and certainly not in America. It’s a treat, an indulgence, and I believe it needs to be presented accordingly.”

The ritual and tradition of afternoon tea is more important than the food itself. (Although arguably not more important than the tea). A proper afternoon tea is served on fine china, usually the table is set with linen tablecloths and napkins, silver cutlery, and fresh flowers. A selection of teas is available, and the tea is made properly with water heated to the correct temperature and correct steeping time for the type. (Yes, temperatures and times do vary). Nothing is heated in a microwave and a tea bag is most certainly not placed on the side of the saucer prior to dunking.

The food is always some combination of small crustless sandwiches with delicate fillings, scones, and cakes and pastries.  Jam, butter and clotted (or Devonshire) cream is served alongside for spreading on the scones. The food should be served on a three-tiered silver or china stand, the food arranged as follows: sandwiches at the bottom, scones in the middle, pastries on top.

A heck of a lot to eat as a way of getting you through to dinner!  But, as I said, today afternoon tea is a rare event, something to look forward to when on vacation or for a special occasion.  To mark the specialness of it, a very modern custom is to sometimes include a glass of Champagne or sparkling wine to accompany the food and tea. But, Champagne or not, tea reigns supreme.

For those of lesser appetites, a cream tea consists of only the scone course. A light tea might be just sandwiches or scones and/or the dessert offerings.

Afternoon tea should not be confused (although it often is) with high tea. In Britain high tea is the working class family’s evening meal or a supper served to children if they eat apart from the parents. These days, it’s usually just called tea. In the past, afternoon tea as described above was sometimes called low tea, as it was served on a low (or coffee) table, in contrast to the evening meal, the high tea, which was served on a high (or kitchen or dining room) table.  These days, in addition to all of the food served above (if you need even more!) salads or a soup course might be added. In some places, this extra dish means the meal might be properly be called high tea.

If you’ve never had the opportunity to enjoy a true afternoon tea, why not indulge yourself. Tell them Anna sent you. 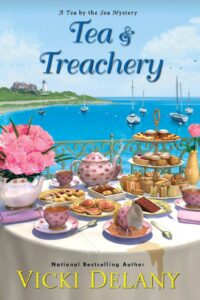 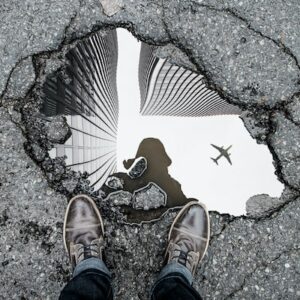 Toxic masculinity is a staple of modern psychological suspense. This concept has been embodied in the villains of bestsellers...
© LitHub
Back to top